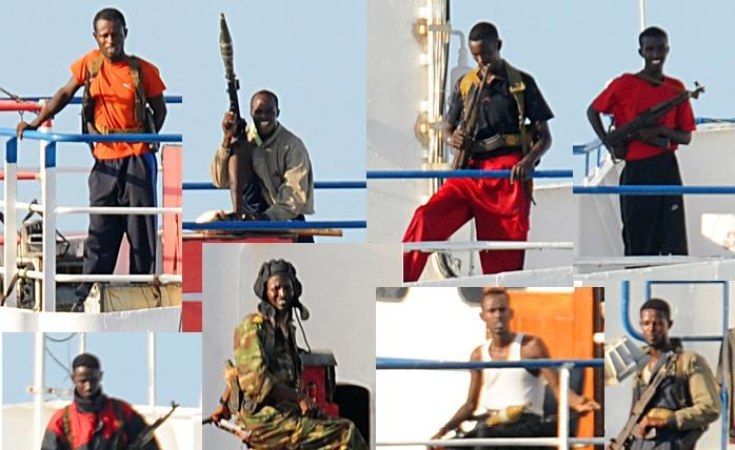 A dispute over the "premature" release of convicted pirates by Somaliland authorities may reach the UN Security Council, after a protest by the Seychelles.

Last week, the Indian Ocean state raised a storm after Somaliland freed 19 prisoners jailed for piracy in the Seychelles after being transferred to Hargeisa to serve their terms, under humanitarian considerations.

But the move by the Somaliland administration is seen as a violation of a bilateral agreement the two sides signed in February 2012.

The Seychelles first protested to the Contact Group on Piracy off the Coast of Somalia (CGPCS), a coalition of countries combating piracy in East African waters that is sanctioned by the UN Security Council.

The Seychelles agreed with Somaliland that the prisoners would complete their jail terms, which range from 10 years to 24 years, in Hargeisa.

"This clearly compromises the agreed arrangements providing for the repatriation of such individuals to their home country to serve their sentence on a humanitarian basis," a statement from the Group said.

"The CGPCS calls for all pirates to serve their full term unless otherwise agreed upon by all concerned parties. The CGPCS fully supports the condemnation and censure by the Seychelles of the release of sentenced pirates."

The CGPCS was established in 2009 following a resolution by the Security Council authorising voluntary co-operation between states and non-state actors in the Gulf and the Indian Ocean, arresting pirates and trying them in local courts.

It comprises more than 60 countries and international organisations, all of which work towards the prevention of piracy off the Somali coast.

The members include Kenya, Somalia, Seychelles, Mauritius, Djibouti and other countries sharing the Indian Ocean. Others are the US, the UK, South Korea, Japan and the EU.

While there is a UN-agreed definition of piracy as an "illegal act of violence or detention committed for private ends," countries have struggled to co-operate on meting out justice to suspects.

The 19 prisoners from Somalia, for example, were arrested off the waters of the Seychelles, which, until 2012, had not accepted jurisdiction to try pirates caught in international waters.

The local authorities in Port Louis changed laws to admit suspects arrested elsewhere and signed bilateral arrangements to have those convicted imprisoned in their home countries as part of efforts to ensure that their families could visit them.

Yet the contention in Somaliland is that most of the trials failed to mete out justice.

An aide to Somaliland President Muse Bihi Abdi told The EastAfrican that the suspects were released after discrepancies in their jail terms and the failure to consider their defence in the trials.

"Some said they had been wrongly arrested because they were fishermen. Others had been kidnapped and forced into piracy. We believe that a language barrier contributed to the sentences," the official said, without clarifying whether this information was shared with the Seychelles.

The Contact Group says it has managed to bring piracy incidents to near zero. In 2010 when pirates roamed, the cost to regional economies was about $7 billion.

By 2017, some 485 vessels had been attacked since 2009. But the cost of piracy had been curtailed, lowering it to $1.4 billion, according to a report by One Earth Future's Oceans Beyond Piracy Programme.

In 2018, there were two attacks on vessels and just one this year, according to the EU Naval Forces, which helps patrol the waters off Somali coast as part of CGPS.

At its peak in 2011, as many as 176 vessels were attacked in Somali waters, an important sea route for goods heading into the East African region.