Kenya: Armed and Ready to Kill - Inside the Deadly Gangs of Mombasa 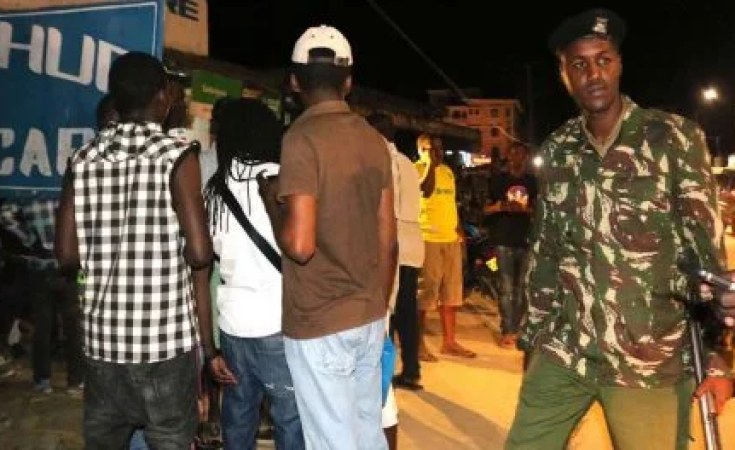 They are young, ruthless and dangerous. Armed with crude weapons, the gang members in Mombasa have maimed and killed many, causing jitters among residents.

The machete-wielding gangs have unleashed terror in the various sub-counties within Mombasa, with Likoni and Kisauni being among the most affected.

The Sunday Nation has managed to get inside the criminal gangs, with members revealing the chilling tactics they employ in their murderous operations.

Salim (not his real name) is one of the leaders of Geta Gang, comprising 20 gangsters whose operational base is in Likoni Sub-County.

The gang members are aged between 14 and 26. Salim, 21, who is the second-in-command, has seen three of his members killed, but that has not stopped him from attacking innocent residents.

"That is the only way we make money. We have to attack people so that we can fend for ourselves," says Salim, who joined the gang in 2013 after he started abusing drugs after losing his parents to HIV/AIDs.

Their operations, he says, start at their meeting point in Majengo Mapya, Likoni.

Here, they take drugs as they plan for the attacks. The class eight dropout has been arrested five times but has never appeared in court.

"It is during these bhang-smoking sprees that we plan and agree on which area to attack on any particular day. Those who will go for the operation are then selected while others are left behind," he says.

In some instances, they divide themselves into groups of five to conduct simultaneous attacks in different areas.

Their attacks, dubbed "peras", involve robbing the victims without necessarily harming them, unless they resist.

"Sometimes we do not aim to injure or kill, but circumstances force us to do so. Our aim is to get what we want and then walk away," he says.

In one instance, Salim says, he was forced to slash a man whom they had robbed after the man attacked one of his gang members.

He says in such a scenario, they have no choice but to save their own. Salim says all members are known to each other as they come from the same neighbourhood.

The members of the Kisauni gangs are no different, with a majority being school dropouts.

A former member of a new gang known as Waliotengwa (the segregated), which intelligence sources revealed was behind the Bamburi attack, said they attack people to get money for buying drugs.

The source told Sunday Nation that after robbing their victims, they use the money to party and meet other personal needs.

"The remaining cash we give to our parents. We have to provide for our families and we can only do so by giving our guardians some money," he revealed.

Other dreaded gangs with bases in Kisauni are Wakali Kwanza and Wakali Wao.

The two gangs started as football teams before they ventured into what they considered "lucrative", crime.

"Football does not pay in Kenya, that is why we started robbing people to make ends meet," says one of Wakali Wao gangsters.

The membership of the two gangs comprises youth aged between 16 to 25, whose main tools of trade are razor-sharp knives.

Like the members of the other gangs based in Likoni and Kisauni, these gangsters mainly conduct their operations while high on drugs.

A number of their leaders have been killed by both police and others lynched by residents.

In the recent past, three other gangs have emerged in Likoni: Likoni Young Turks, Watalia and Wajukuu wa Bibi.

According to a study by National Cohesion and Integration Commission (NCIC) released last year, there are more than 100 criminal gangs operating across the country despite a ban on such militia groups in 2016.

"What happened on Monday was just a rare case. In the past seven months, we have had no attacks. We have managed to deal with the youths and anyone who wants to disrupt the existing peace," he said.

Previous Story
Next Story
Joho Back From U.S. Trip, Walks Into Big Storm

Joho Back From U.S. Trip, Walks Into Big Storm