Africa: How to Manage in a Crisis - Lessons From the West Africa Ebola Outbreak 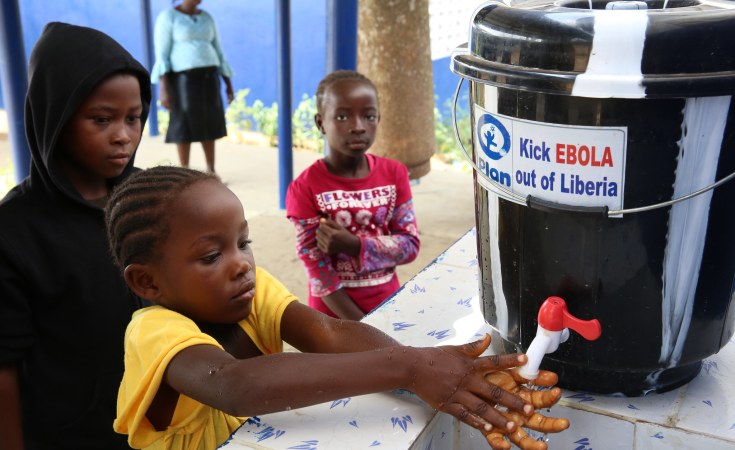 The Democratic Republic of the Congo (DRC) is currently grappling with the world's second largest Ebola outbreak. More than 1,800 people have died and 2,600 infections have been confirmed since the outbreak was declared in August 2018.

North Kivu and Ituri provinces are at the epicentre of the outbreak. Neighbouring countries are taking steps to mitigate the risk of spread. The World Health Organisation (WHO) has more than 600 staff on the ground supporting the response together with national and international partners.

In July this year, the WHO declared the current Ebola outbreak in the DRC a "public health emergency of international concern" under international health regulations.

Recently published research by Bongiwe Ngcobo Mphahlele and myself explored the African dimensions of crisis management. To do this, we used existing crisis management frameworks to explore the following questions: do African decision-makers and leaders approach crises differently from their counterparts elsewhere? How do they make sense of a mess, and act to protect what they can? Do they - and the institutions within which they operate - learn lessons?

We found that some approaches to crisis management are unique to African countries' specific contexts. And it's also clear that the key role players dealing with the current Ebola outbreak in central Africa are learning lessons from the West Africa crisis. But many local players are still ill-equipped to manage the crisis.

Our research draws on the dynamics of the Ebola crisis that afflicted West Africa in 2014 to explore the conceptual assumptions relating to the strategic and political, rather than the managerial, dimensions of crisis management. It concludes with an assessment of the value of crisis management models and points out to areas where it can be strengthened for use in settings where fragile states are examined.

A crisis is a sudden and unexpected event that threatens an established way of life. Crises tend to disrupt peoples understanding of the world around them, therefore testing the resilience of a group or society, and often exposing the short comings of its leaders and public institutions.

The Ebola crisis of 2014 epitomised a crisis management dilemma. The global community, ill prepared, was taken by surprise by the rapid spread of the epidemic. Local and global health governance structures appeared inadequate. In addition, the international commitment to bolster pandemic preparedness and responses capacity in poor countries was tardy, and global support for strengthening health systems was weak.

The patterns of response and early warning observed in the West African case study (Liberia, Guinea and Sierra Leone) suggest that weak governance is a challenge that goes beyond fragile health systems. We demonstrate the correlation between the spread of the disease and poor governance by pointing out that poor crisis management and weak institutions exacerbated the spread of Ebola. Furthermore, government's failure to provide information, to detect Ebola in its infancy stage, delayed response and weak containment strategies reveal governments' poor crisis management.

However, we should also note that crisis management is in part a political process. Public leaders, whether in the US or in Africa, must manage a crisis in the interests of society. In so doing, they demonstrate the interplay of power, conflict and legitimacy. Although this is a global phenomenon, our chapter examined the performance of African leaders when faced with a significant crisis.

Good governance requires state capability, responsiveness and accountability. A state with good governance is also characterised by strong functioning institutions, effective communication and good leadership. Many African countries struggle with poor governance and coupled with corruption they are unable to deal with crises.

Our research demonstrates how the inability of the three governments to respond to the needs of its citizens during the Ebola crisis and failure to contain the spread of the virus points to incapability to handle a national crisis.

A coordinated communication strategy when a crisis breaks is a basic requirement of good governance. During the Ebola outbreak governments in Liberia, Guinea and Sierra Leone failed to communicate effectively with citizens. In Liberia, this resulted in frustrations and riots in the capital city, Monrovia. Proactive communication allows the public to adopt cautious behaviour and minimises confusion. An effective communication strategy with the public by the three governments would have contributed immensely with the management of the Ebola crisis.

By all accounts many of these lessons are being learnt by the key role players dealing with the current outbreak of Ebola in central Africa. A robust flow of information allows for improved sense-making and crisis decision-making. Despite this, it is hard to ignore the reality that many local players - governments, health workers, media - remain ill-equipped to manage the crisis.

Many African nations continue to suffer from weak governance - both institutionally and in practice - and remain dependent on Western governments and the international organisations they support - for crisis decisions including the deployment of resources in managing the crisis. In this sense, much work remains to be done for African decision-makers to rise to the challenge of managing national and regional crises.

This is an edited excerpt from the book "Governance and the Postcolony: Views from Africa"

Previous Story
Tshisekedi Has Taken Over Ebola Response. How He Can Make a Difference
Next Story

Tshisekedi Has Taken Over Ebola Response. How He Can Make a Difference

Breakthrough Trials Show Ebola is Now Curable
Tagged:
Copyright © 2019 The Conversation. All rights reserved. Distributed by AllAfrica Global Media (allAfrica.com). To contact the copyright holder directly for corrections — or for permission to republish or make other authorized use of this material, click here.