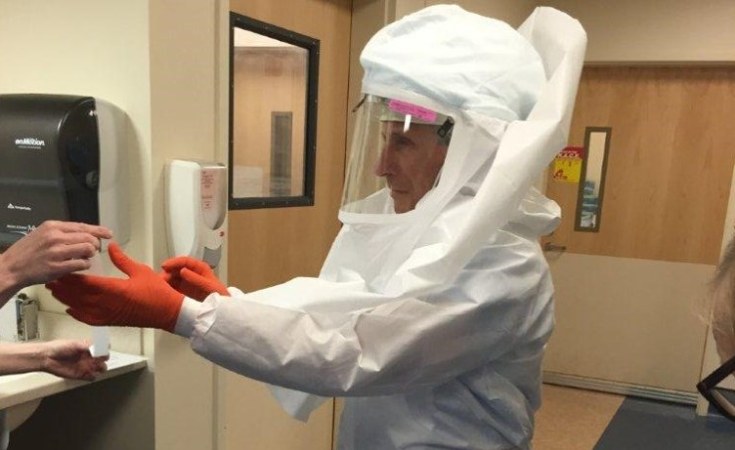 Scientists have moved a step closer to treating symptoms of the deadly Ebola virus. A clinical trial in Congo has shown encouraging survival results.

Health authorities in Congo said on Monday that two experimental drugs being used in a clinical trial to control the spread of Ebola appear to be saving lives.

The drugs -- developed from antibodies from survivors that had been infected with Ebola -- showed "clearly better" results in patients taking part in the trial, which is being conducted during the world's second-largest Ebola outbreak in the Democratic Republic of the Congo (DRC).

Which drugs were in the trial?

The trials of the first two listed drugs were considered successful: the first clearly worker better, and the second -- developed by US scientists -- wasn't far behind. Both improved survival rates from Ebola more than the two other products being tested. ZMapp and Remdesivir have now been dropped, according to Anthony Fauci, one of the trial researchers.

Fauci, director of the US National Institute of Allergy and Infectious Diseases, said the results were "very good news" for the fight against Ebola.

"What this means is that we do now have what look like [two] treatments for a disease for which not long ago we really had no approach at all."

In the study, fewer people died among those given the Regeneron drug or the NIH's -- about 30% compared to half who received ZMapp. More striking, when patients sought care early -- before too much virus was in their bloodstream - mortality was just 6% with the Regeneron drug and 11% with the NIH compound, compared to about 24% for ZMapp, Fauci said.

The World Health Organization says the findings should encourage more people to seek care rapidly, even as further study continues.

At least 1,800 people have been killed by the deadly virus since the outbreak began a year ago -- the second-worst Ebola outbreak on record. Between 2013 and 2016, Ebola infected around 28,000 people in West Africa, killing an estimated 11,300 in Liberia, Guinea and Sierra Leone.

The first cases of the current outbreak were reported in eastern DRC in August 2018.

UN Chief to Travel to DR Congo Ebola Affected Regions
Tagged:
Copyright © 2019 Deutsche Welle. All rights reserved. Distributed by AllAfrica Global Media (allAfrica.com). To contact the copyright holder directly for corrections — or for permission to republish or make other authorized use of this material, click here.