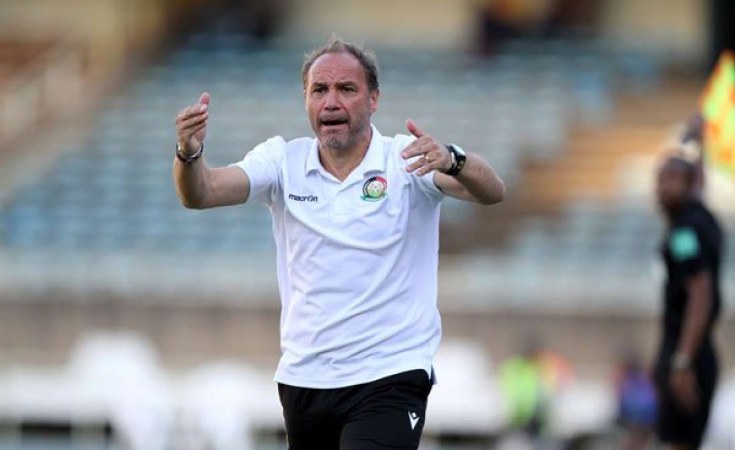 Nairobi — Football Kenya Federation has announced that they have cut ties with Harambee Stars head coach Sebastien Migne on mutual agreement after 15 months at the helm of Kenya’s national football team.

The Frenchman was set to travel back to France on Monday for an unspecified period of time to attend to his daughter who was to undergo some medical procedure, but the tactician has reached an agreement with the Federation to have his contract terminated.

“The federation wishes to thank Coach Migné for his exemplary work and high standard of professionalism during his tenure, which culminated in the country qualifying for the 2019 AFCON tournament for the first time in 15 years,” a statement from the Federation, signed by acting CEO Barry Otieno stated.

And now, Capital Sports has learnt that Migne’s goose was cooked as soon as Kenya failed to qualify for the African Nations Championship (CHAN) after losing on penalties to Tanzania.

According to sources, FKF boss Nick Mwendwa was under pressure from most of the executive committee members and some branch officials to have the coach’s contract terminated as they were not confident in his abilities.

Migne came under sharp scrutiny and criticism for his fielding and decisions in the Tanzania game and that is said to have killed of patience with most of the senior figures at Kandanda House.

After that game, Migne confidently stated that the Federation, which was already struggling to squeeze out the tactician’s salary from the ministry, would not afford a decision to sack him as it had huge financial implications.

For a Federation that is at legal crossroads with two former coaches in Adel Amrouche and Bobby Williamson over their contract terminations, FKF has now gone ahead to make peace with Migne before he leaves.

“Consequently, FKF and Migné have agreed on a settlement for the coach, over a period of time,” the Federation’s statement said.

The Frenchman was appointed as the Harambee Stars boss in May 2018 and his contract was supposed to run till after the 2021 Cup of Nations. He took over from Stanley Okumbi who had been axed just a few weeks earlier.

Migne started his tenure on a high, beating Ghana 1-0 in the 2019 Cup of Nations qualification in Nairobi and went on to pick a win at home against Ethiopia coupled with a draw in Addis earlier, results that took Kenya to the AFCON.

In Egypt, Migne’s side lost to Algeria (2-0) and Senegal (3-0) in Group C and won against Tanzania, but those results did not put him in crossfire. Back to back 0-0 draws against Tanzania in the CHAN qualifiers and Kenya’s eventual loss on penalties strained his relationship with some federation chiefs.

FKF now says it is working on who to replace the former Congo coach with less than three months left before the first match for the 2021 Cup of Nations, Stars starting their campaign away to Egypt.

Kenya Dealt Huge Blow Before Final Afcon Qualifier Against Ghana
Tagged:
Copyright © 2019 Capital FM. All rights reserved. Distributed by AllAfrica Global Media (allAfrica.com). To contact the copyright holder directly for corrections — or for permission to republish or make other authorized use of this material, click here.