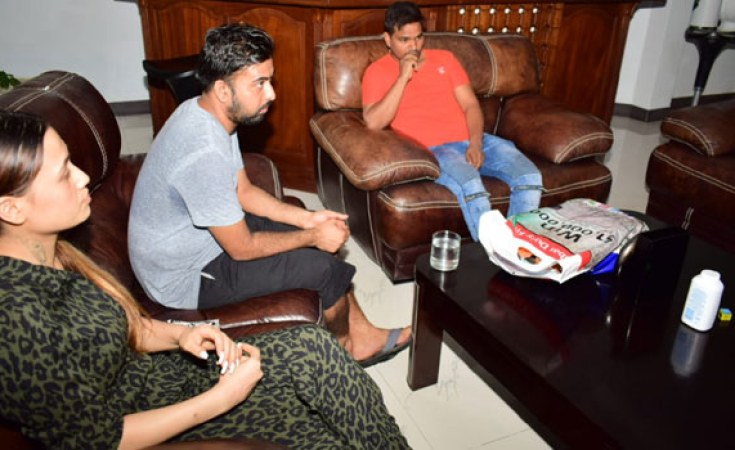 Mombasa — Police heightened a crackdown on drugs in the coastal region Monday, with the arrest of 17 suspects and the raid of a residential home belonging to prominent businessman Ali Punjani.

One of those arrested is a County Assembly Member for Likoni Ahmed Salama, who was picked up during a day-long swoop by police.

"We are not sparing anybody in this crackdown," said Johnstone Ipara, Police Commander for Mombasa.

The crackdown was accelerated a day after Interior Cabinet Secretary Fred Matiangi issued a tough warning in Mombasa, saying there was a strong link between recent attacks in Kisauni and drug trafficking.

On Monday, Ipara led a contingent of heavily armed police officers to Punjani's house, where a search for drugs was conducted but he was away.

"We are giving him some hours to surrender to the nearest police station," Ipara told journalists, "The raid at Punjani's house follows a tip-off from the public that is why we are here to ascertain reports that he deals in drugs."

Punjani is a close associate of the Akasha family--whose two brothers are facing trial in the US.

The Akasha brothers: Baktash and Ibrahim, are awaiting sentencing in New York after they were convicted of drug trafficking in East Africa and the United States.

Punjani is said to be out of the country for medical attention in India.

"We want him to help us with our investigation. His friends and colleagues should also come out and report to the police," added Ipara.

He said they will break into every corner of Punjani's house to ensure that there are no drugs.

General Service Unit officers were among a team deployed to the palatial home in Nyali, where Ipara said officers were under instructions to search everywhere.