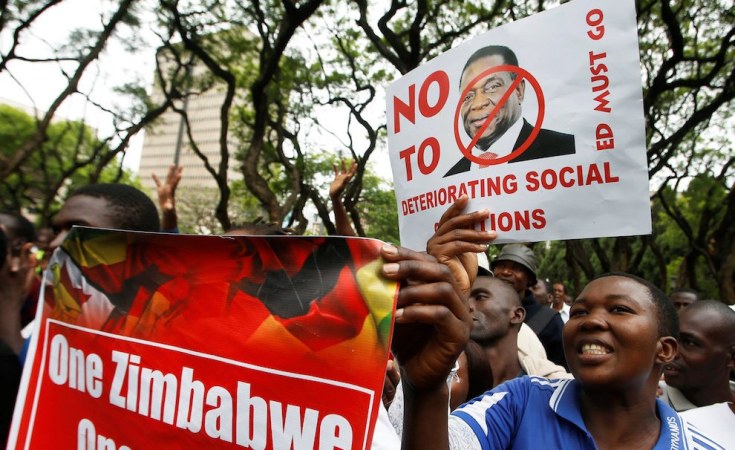 AMID fears violent clashes and a backlash from the government, the opposition MDC has put in place elaborate security measures to ensure its planned march set for August 16th goes without incident.

In a statement Sunday the Nelson Chamisa led opposition party said it will put in place hundreds of marshals and security cameras in order to flush out would be trouble makers.

MDC spokesperson Daniel Molokele claimed the opposition has been made aware of plans by State agents to hijack the protests.

"Digital cameras will be used to film the entire march to ensure that any planted elements trying to disrupt the peaceful march will be fully recorded.

"This is meant to ensure that the people's Free Zimbabwe march is not just guaranteed to be peaceful, but also to be resounding success," Molokele said.

"In particular, hundreds of peace marshals will be deployed."

Police have indicated they are yet to respond to the notice by the opposition. Legally the MDC only needs to notify the police but authorities have abused this section of the law to ban petitions and marches under the pretext that there would be security fears or that they would not at the time have adequate manpower to manage the event.

Last week, Home Affairs Minister Cain Mathema issued a press statement alleging that the some foreigners who recently came to Zimbabwe in guise of tourists are working with the opposition to destablise the country singling out an unnamed foreign national linked to the Arab Spring and the recent Sudan protests as examples.

"We are also aware that some foreign nationals are now in the country under the pretext of being tourists yet they are activists who are working closely with the opposition political parties to organise the planned demonstrations.

"The foreigners include one who is known for masterminding the Arab Spring and the recent Sudan clashes," Mathema said then.

The MDC however dismissed Mathema's statement as panic by Mnangagwa's government whose agenda is to justify deployment of security forces on civilians.

"It is very clear that that both Zanu PF and the rogue regime are now in a panic mode and desperate to justify their well known own violent behaviour.

"This then explains why they are now actively using their functionaries such as Mathema, Pupurai Togarepi (Zanu PF youth league secretary), Energy Mutodi (Deputy Information Minister), and Victor Matemadanda (Deputy Defence Minister), among others, in a futile attempt to dictate the nature and character of the forthcoming protests," Molokele said.

The MDC has called for the march this week to protest what the party says is a deteriorating economic and social situation as well as force President Mnangagwa to the negotiate with Chamisa on a possible power transfer.