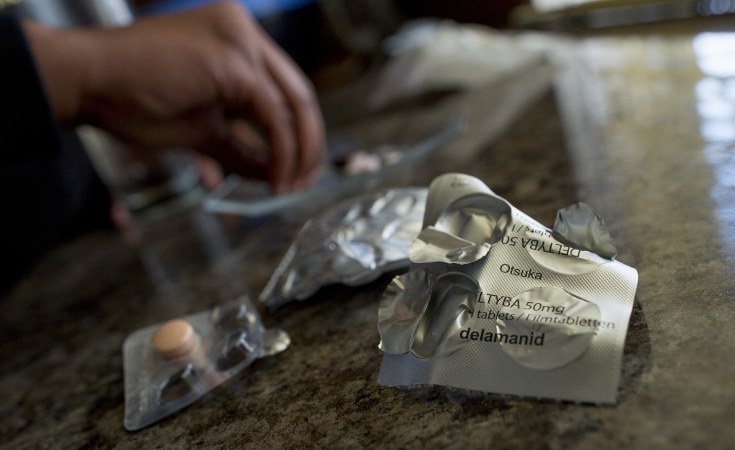 The topline finding of the report is that drug-resistant tuberculosis deaths in a single year cost the global economy at least $17.8 billion in future GDP losses globally - including $2 billion in Africa alone - and at least $3 billion globally due to work absences.

Nigeria is one of the countries hardest hit, as a proportion of economic size, among the seven countries in sub-Saharan Africa.

The report, tagged Cost of Complacency: Economist Intelligence Unit Report Underscores Major Gaps in World's Response to Drug-Resistant Tuberculosis, warns that the global response, resources and preparedness are not keeping pace with the increasing spread of drug resistant-TB.

The report published by The Economist Intelligence Unit (EIU), and with support from Johnson & Johnson, notes that urgent action needed for hundreds of thousands who go undiagnosed and untreated for DR-TB - the leading contributor to deaths from antimicrobial resistance.

The report emphasises the urgent need for focused global action to address the growing threat of drug-resistant tuberculosis - the leading contributor to deaths from antimicrobial resistance.

The report states that people with drug resistant-TB who are not diagnosed and treated, are a risk and that without urgent action and a robust policy response to reverse these trends, these costs will only grow.

"The EIU report sounds the alarm on DR-TB. If the disease continues to be left unchecked the damage to people's lives and entire economies could be devastating," said Jaak Peeters, Global Head, Johnson & Johnson Global Public Health, Janssen-Cilag GmbH. "Turning the tide on this disease requires that we act immediately. By working together in new ways and with a real sense of urgency, we can end this deadly airborne threat."

"If we really want to achieve the Sustainable Development Goal ambition of ending the TB epidemic by 2030, we have to step up the fight. We have to do more, better. That's innovation, it's collaboration, it's better execution, it's better use of data. But it also takes more money," said Peter Sands, Executive Director, The Global Fund to Fight AIDS, TB and Malaria.

According to the Stop TB Partnership, there is currently an estimated funding gap of $3.5 billion in 2018-2020 for TB prevention, diagnosis and treatment programmes - a gap that is expected to increase considerably by 2022.

Importantly, the EIU reports that addressing TB provides good value for money. The benefit-to-cost ratio for investing in diagnosis and treatment of drug resistant-TB specifically has been estimated at up to $23 for every dollar invested. Additionally, if TB R&D is fully funded, the world could see an estimated 8.4 million fewer TB cases and $181 billion in productivity gains by 2030.

Estimates by the World Health Organisation show that there were 24,000 cases of drug resistant-TB in Nigeria in 2018 of which less than 1,800 were diagnosed and put on treatment.

Findings show that every untreated individual has the potential to infect up to 15 additional people with the airborne disease within one year.

In Nigeria the TB budget has been drastically underfunded in recent years. In 2018, for example, the budget needed for TB was $409 million, but only about a quarter of this (US$96.6 million) was available. This funding gap included a $95 million gap in the budget for drug resistant-TB-specific treatment and programmes.

"To address drug resistant-TB proper diagnosis and linkage to care are essential. This can be a particular challenge in low-resource settings where the majority of cases occur.

Though effective treatment options now exist, three out of every four people with drug resistant-TB go undiagnosed and untreated and, as a result, can each infect up to 15 additional people over the course of a year, the EIU report noted.

"It is critical to put the foot on the pedal, to save millions from illness, suffering and death," said Dr. Tereza Kasaeva, Director of the WHO Global TB Programme.

The WHO Director-General Dr. Tedros Adhanom Ghebreyesus recently alerted the governments of the highest-burden countries including and highlighted the need for strong and visionary leadership now more than ever.Dr Tedros, urged the Heads of State to use the indicative targets to plan their actions toward ending TB, in order to collectively achieve the targets of the High-Level Meeting.

In Nigeria, TB is one of the top 10 causes of death and a leading cause from a single infectious agent. Millions of Nigerians fall sick with TB each year. In 2017, TB caused an estimated 1.3 million deaths among HIV-negative people and there were an additional 300,000 deaths from TB among HIV-positive people. Nigeria accounted for 4 percent of the global total.

Drug-resistant TB continues to be a global public health crisis in which people affected by TB developed resistance to rifampicin which is the most effective firstline drug, and of these, 82 percent had multidrug-resistant.

For several reasons, drug-resistant TB could be described as a time bomb.

"One of the three targets of the End TB strategy is to ensure that no TB patients or their household should face 'catastrophic total costs' as a result of TB, " noted Dr Nobu Nishikori of the World Health Organization (WHO) Global Task Force.

The aim is in line with policy efforts countries are pursuing towards Universal Health Coverage or Target 3.8 of the SDGs (achieve universal health coverage, including financial risk protection, access to quality essential health-care services and access to safe, effective, quality and affordable essential medicines).

The catastrophic cost study report was launched alongside a roadmap to implement the September 2018 United Nations High Level Meeting on TB declarations.

Third New TB Drug in Over 50 Years Must Be Affordable

Sharp Upturn in Finding People With TB Globally
Tagged:
Copyright © 2019 Vanguard. All rights reserved. Distributed by AllAfrica Global Media (allAfrica.com). To contact the copyright holder directly for corrections — or for permission to republish or make other authorized use of this material, click here.