South Africa: SA Should Be Privy to Who Funds Political Candidates - R2K 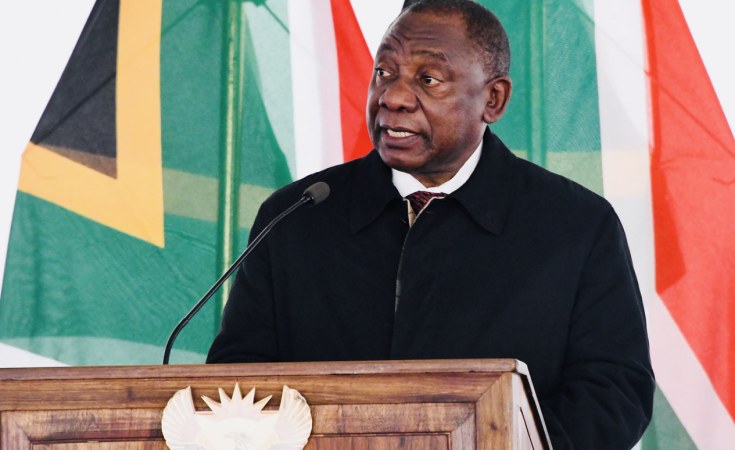 South Africans should not "fall foul of the internal competition and factional battles being waged within any party", as they should be privy to every candidate's information, Right2Know (R2K) contends.

On Monday, it released a statement welcoming revelations regarding President Cyril Ramaphosa's funding for his ANC presidential campaign.

"It has lifted the lid on the very close relationship between political parties, politicians and wealthy benefactors, as well as shining a light on how much money is spent in pursuit of political ambitions and office," the statement read.

The organisation said this applied to both internal and public elections.

"While it is true that contesting any election costs money, it is also clear that from the staggering sums involved in just one party's internal election, some of that money may also be given in order to influence political decisions. For this reason, the private donations to a governing party or a significant opposition party are of interest to the public."

Right2Know said it, My Vote Counts and many other civil society organisations have over many years campaigned for greater transparency in how political parties were funded, especially who their large private donors were.

They welcomed the passing of the Political Party Funding Act and called on the Electoral Commission of South Africa to finalise the regulations, which meant the act could be implemented.

Under new legislation, donations to a candidate in an internal election battle must also be disclosed.

"If the act had been operational in 2017, it would have meant that all the amounts and donors to President Ramaphosa's internal campaign would have been reported - as well as those [of] his rival, (Minister) Nkosazana Dlamini-Zuma," the statement read.

"Indeed, all 12 candidates for the top six positions would have been scrutinised. This would equally apply to the major opposition parties - the DA, EFF and IFP as well as their internal elective conferences - because of the potential influence they hold in various provinces and on the national stage.

"We would, therefore, caution the public not to fall foul of the internal competition and factional battles being waged within any party; we should be privy to all the information - not just the information on one candidate. Only where that is available, will we be able to make up our own mind about how compromised any politician - or any party - is.

"We have the right to know just how indebted those who seek our support, come election time, are to big corporate interests or worse still, just how beholden they may be to wealthy individuals."

Right2Know also expressed its concern over how the information had come to light and the "speculative nature" of how it had been reported on in the media.

"At risk is the integrity of our democratic institutions. The leaked emails have called into question the integrity of the Public Protector's investigation - and the protection of information that ought to be kept confidential through that process.

"The leaking of very specific information in a matter that is before the courts raises some questions about the intention behind the leaks."

Right2Know said it was concerned that regardless of the outcome of the case, damage had been done to the integrity of the offices of the Presidency and Public Protector.

"This case has highlighted just how the actions within a political party, which is to some extent a private body, can have serious consequences for the public political sphere. Political parties must, therefore, be subjected to greater scrutiny and accountability to the public."

'Donations to Ramaphosa CR17 Campaign to Save Country From Zuma'

Money Behind South African Politics to Be Revealed
Tagged:
Copyright © 2019 News24Wire. All rights reserved. Distributed by AllAfrica Global Media (allAfrica.com). To contact the copyright holder directly for corrections — or for permission to republish or make other authorized use of this material, click here.

Is South Africa a Haven for Fugitive Genocide Suspects?
Entertainment