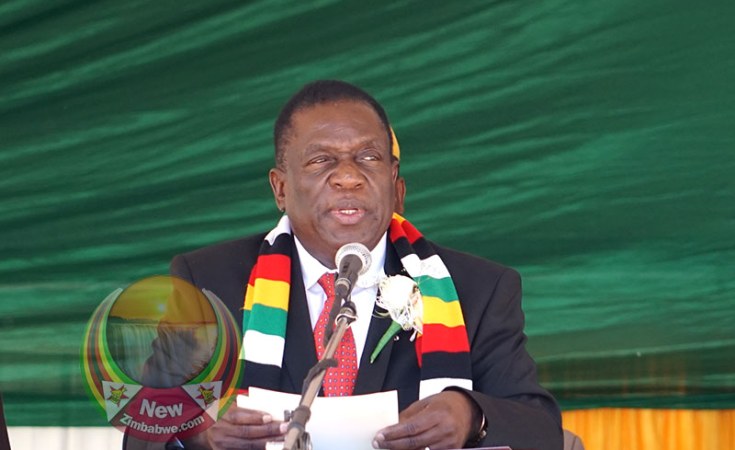 Over US$5 million is now being traded daily on the interbank foreign exchange market as business confidence on the platform continues to grow.

President Mnangagwa revealed these statistics in his key note address at the Heroes Day commemoration in Harare yesterday.

The President said Government is happy with the growing activity on the interbank market, which is also a sign of the dying black market that dominated foreign currency trading before Statutory Instrument 142 of 2019, also known as Reserve Bank of Zimbabwe (Legal Tender) Regulations.

Through the SI, monetary authorities reintroduced the Zimbabwe dollar having already abolished the 1-1 exchange rate between the US dollar and the RTGS dollar in commercial transactions before extending that to the remainder.

The parallel market became entrenched during the 1-1 days and the premium remained high until the bubble burst with the ending of the multi-currency system.

The President also noted that Government will soon deal, decisively, with cash shortages in the market that have resulted in "cash barons" charging a premium to exchange plastic money for cash.

Last week some cash vendors were demanding up to 35 percent to access coins and 50 percent for bond notes.

"I am pleased to highlight the commendable progress that the banking sector has achieved on the interbank foreign exchange market," said President Mnangagwa.

"To date, the interbank trades average around US$5 million per day.

"We expect this to continue to increase on account of further liberalisation put in place by the Reserve Bank on the operations of Bureau de Change outlets.

"However, we are aware that our people, especially those in rural areas, are facing difficulties in transacting owing to cash shortages.

"This transient challenge will be addressed more decisively in the very near future," he said.

The President also saluted Zimbabweans for being patient with Government as it implements some measures to address some economic ills of the past as demonstrated by some austerity measures that have been put in place.

Addressing a breakfast meeting in Harare last month, Reserve Bank of Zimbabwe (RBZ) Governor Dr John Mangudya, said most of the foreign currency on the interbank market is being used by the manufacturing sector as well as going to fuel imports.

"As at the end of June 2019, foreign exchange to the tune of US$644 million had been traded within the interbank forex market," Dr Mangudya said.

"We are quite happy about that.

"Most of the money is utilised by the manufacturing sector and fuel because of the nature of their requirements. Of late, we have also seen a reduction in the trades on the parallel market with more people selling their foreign currency on the interbank market," he said.