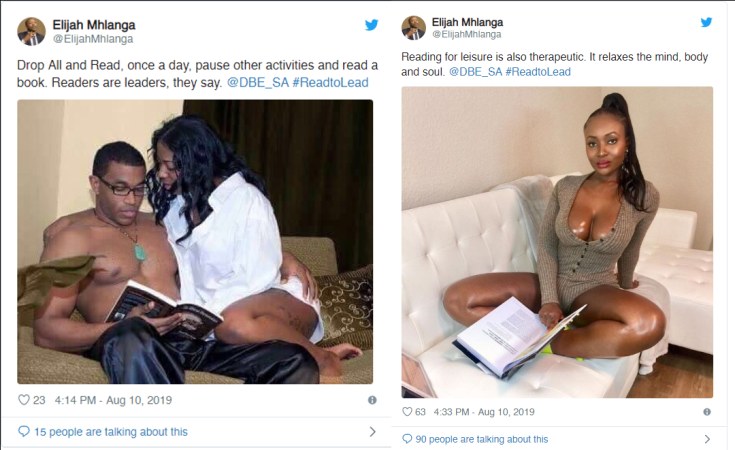 Department of Basic Education spokesperson Elijah Mhlanga has issued an apology following a backlash about his series of "Read to Lead" tweets which, among other things, encourage "making reading sexy".

The message was not so much the issue, but rather the use of images accompanying some of the messages: two tweets in particular had half-naked women in them.

Mhlanga said it was in an effort to "push the boundary".

Following an uproar on social media, Mhlanga issued an apology in a series of tweets: "Contemporary audiences that consume media tend to be open about sex and sexuality. I therefore have a full understanding of representation and metaphoric content.

"And in this context, I pushed the boundary slightly in order to play around with meaning, and push a narrative about reading as an activity that can be done for fun and leisure."

He said the intention when using the images was not to offend anyone.

"To those I disappointed and indeed those of you who are offended by the use of the images, I apologise."

According to Mhlanga, the department's Read to Lead campaign was "aimed at promoting reading among young adults and people of school-going age as well as society in general".

When News24 contacted him, he said he had nothing more to add: "Nothing to add. Thank you."