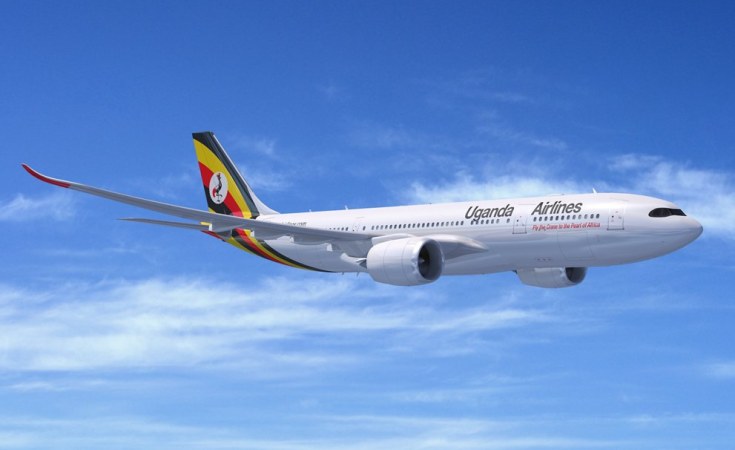 The Ministry of Works and Transport has urged Ugandans to look at the revival of the national airlines as an infrastructure development that government is undertaking to develop Uganda's economy.

In telephone interview wirh Prosper Magazine on August 7, the Permanent Secretary in the Ministry of Works and Transport, Mr Waiswa Bageya, said Uganda Airlines is an infrastructure development like roads and railway with several benefits to the country.

"The revival of Uganda Airlines is in the National Resistance Movement manifesto and National Development Plan," he said.

Mr Bageya said Uganda Airlines which will take off on August 28, is an infrastructure in terms of air transportation which is vital for the tourism industry and export of goods especially the perishable goods.

"Uganda Airlines will boost Uganda's tourism industry because tourists used to spend hours at Dubai Airport to get connecting flights to Uganda. But with Uganda Airlines, we can fly tourists straight from London or from Dubai and any other Asian cities to Entebbe using our direct flights which we have planned to have in place," he said.

Mr Bageya explained that Uganda is going to have four aircrafts for regional operations with direct flights and two Airbus A330-800neos, for international flights. These will also operate direct flights and by doing that the national carrier will make Uganda competitive in the tourism industry thanks to the availability of air transport.

As times goes on, Mr Bageya said they plan to have franchise agreements with local airlines whereby if tourists land at Entebbe International Airport, they will be a direct flight from Entebbe to Kidepo national park or any other national parks without necessarily using road transport to get to the tourist destination.

Mr Bageya said all the money which Uganda Airlines needed for operations has been provided by the government and any financial need that remains will be provided in the next budget of 2020/21 financial year.

He said the feasibility study done by the National Planning Authority gave many recommendations to government concerning the national airlines as an infrastructure development.

The feasibility study was carried out by the National Planning Authority for the revival of the national airlines following a directive from the Presidential Economic Council (PEC).

Overall, the report recommends that investment in the National Carrier should be considered as an infrastructure for enhancing the country's global connectivity and competitiveness beyond direct financial benefits. The Carrier will play a critical catalytic role in tourism development and promotion of export growth and investment in various priority sectors.

The study particularly highlights that the National Carrier will facilitate significant direct foreign exchange savings to the country through cheaper air transport for passengers and cargo.

The study recommends that Government implements the investment option for aircraft purchase with a combination of regional and international operations that gives greatest financial and economic benefits to Uganda.

The study also recommends that the investment in the National Carrier should be considered as an infrastructure for enhancing the country's global connectivity and competitiveness, beyond the direct financial benefits.

During an engagement workshop on August 2, Mr Ephraim Bagenda, the chief executive officer of Uganda Airlines, told Prosper Magazine that Uganda Airlines is a high-end infrastructure which comes with a lot benefits and leads to development of the other sectors.

"Entebbe airport is undergoing expansion to accommodate more flights because there is need for air transport infrastructure," he said.

The World Bank states in its global study that the global aviation industry is facing a clear-cut problem - infrastructure is not being built fast enough.

"As demand rapidly grows in many key places, the lack of infrastructural supply is causing significant challenges. If the global players won't have the proper capability to manage traffic in the air and at airports, the industry's growth will be severely restricted," said the World Bank.

The World Bank stresses that together with telecommunications, air transport represents sectors that epitomise globalisation in an economy as well as in a sociopolitical sense worldwide.

"Because of the combination of rapid technological change, falling real unit costs, industry consolidation, the low-cost carrier (LCC) business model, the existence of adequate pricing mechanisms, and consumer willingness to pay for safe, cost-effective services, air transport, compared with other infrastructure sectors such as roads, rail and water, has the opportunity to develop commercially, with minimal fiscal requirements (indeed potentially a positive fiscal contribution from an expanded economy)," said the World Bank.

The World Bank explains that with today's competitiveness standards, it is difficult to conceive of a country or region that will be able to integrate into global and national markets without well-functioning communication and air transport systems.

"Without such systems and the best possible international linkages, national markets will be smaller and some markets may not exist. Because of the complementary nature of infrastructure services with the development of commercial services, it is likely that private investment will be less profitable and there will be less private investment," cautions the World Bank.

Currently, there are 2 million passengers that pass through the Entebbe Airport.

"The airline industry market in Africa is growing by 6.7 per cent. In the next few years, we are going to have 3.4 million travelers using Entebbe airport," he anticipated.

Previous Story
Uganda Airlines Takes to the Sky
Next Story

Uganda Airlines Takes to the Sky 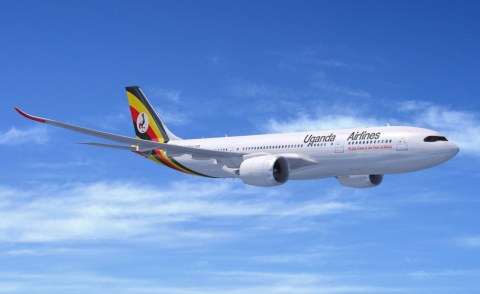 Uganda Airlines Returns to the Skies After Nearly 20 Years 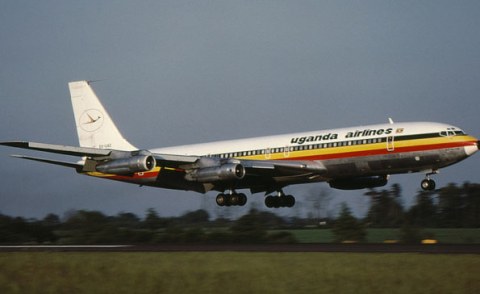 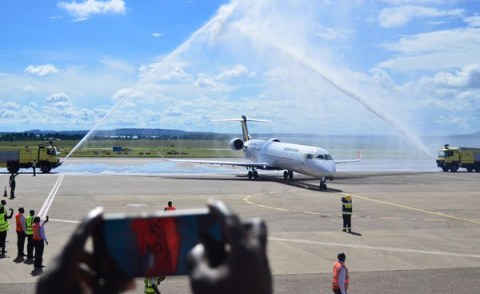 Two New Planes Allow Uganda Airlines to Fly to More Destinations
Tagged:
Copyright © 2019 The Monitor. All rights reserved. Distributed by AllAfrica Global Media (allAfrica.com). To contact the copyright holder directly for corrections — or for permission to republish or make other authorized use of this material, click here.