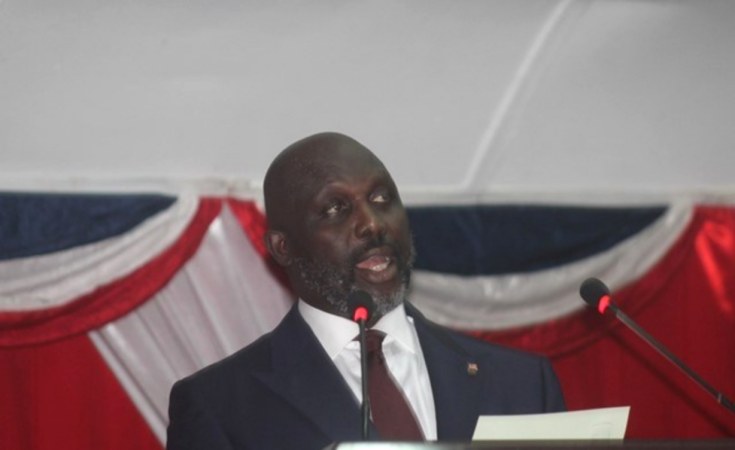 The Executive Mansion through Deputy Presidential Press Secretary Smith Toby has said that there is no law that requires President Dr. George Manneh Weah to publish his declared assets.

Addressing an Executive Mansion regular press briefing Tuesday, August 13, 2019, at the Ministry of Foreign Affairs in Monrovia, Toby said the president has not violated any law by not publishing his assets.

He said the president being a respecter of the law will not publish his assets because he's not compelled by law to do so.

Toby said had the law required the president to publish his declared assets, he would have done so without any hesitation considering that he's a person who respects and abides by the law.

The Deputy Presidential Press Secretary said those who are demanding for the president to publish his assets should evoke the Freedom of Information (FOI) law.

Toby: "What stops you from evoking the FOI law for the president to declare his assets? Stop being lazy!"

He maintained that rather than people asking the president to publish his assets, they should make use of the FOI law.

"You all know where the president asset is after he went to GAC and forwarded same to LACC. If you are a citizen and want to know what the president declared, what stops you from making use of FOI law but you want the president to violate the law," he said.

Toby further said the law that has to do with assets declaration which prevents the president from publishing his assets was not crafted by his administration, but something his government inherited.

Therefore, he said if people want for the president to be made to publish his declared assets, they can petition the legislature for an amendment which will compel the president and others coming after him to do so.

But he said as it stands, the president will not publish his assets because he is protected by the law which he will uphold to the letter.

Toby said though people know that there is no law that requires the president to publish his assets, but they still choose to say otherwise.

Tagged:
Copyright © 2019 The NEWS. All rights reserved. Distributed by AllAfrica Global Media (allAfrica.com). To contact the copyright holder directly for corrections — or for permission to republish or make other authorized use of this material, click here.