Africa: Why AfCFTA's Success Depends on Including Informal, Women-Run Enterprises 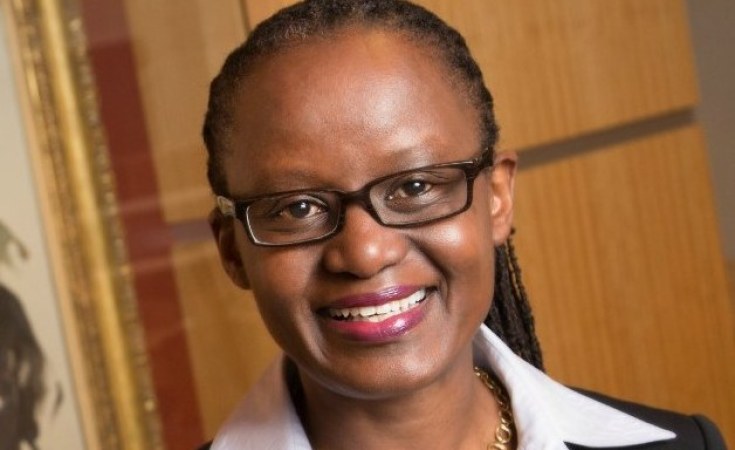 There is renewed optimism that Africa’s small and medium sized businesses (SMEs) could be big winners with the launch of the African Continental Free Trade Area (AfCFTA) — the world’s largest such trading zone with a combined current GDP of US$2.5 trillion and a market of over one billion people.

Given the challenges that have prevented Africa’s SMEs from becoming competitive, however, we must ask how this will change under the AfCFTA.

What does it mean to be competitive? The International Trade Centre’s Business Management System framework (BMS) defines a competitive business as one that offers goods or services on its own terms, yet customers willingly subscribe.

The ITC’s definition reminds me of a local baker in my home town of Jinja, Uganda. Known by her customers only as “Mrs. Batambuze”, the bakery produced limited quantities of bread at a frequency and price which she determined. In turn, every day we happily lined up at Mrs. Batambuze’s bakery at 4pm and willingly paid her above-average prices for freshly baked bread. We devotedly bought her bread on her terms.

Africa’s SMEs - particularly those in the informal sector - struggle with one if not all of the above features of a competitive business, including control over desired quantity, desired quality, timely delivery and cost.

In spite of their weak negotiating position, Africa’s informal businesses – which are primarily woman-owned - contribute an estimated 50 percent of GDP on the continent. In addition, they create six in 10 jobs in their respective economies.

Yet, the informal sector generates mixed reactions. While some appreciate its job creation role, others view it as a collection of tax-evading free-loaders.

So how will SMEs benefit from AfCFTA? Consider the typical informal business example of Jane Were (not her real name). Jane is a Kenyan woman cross border trader at the Western Kenya / Eastern Uganda border, who makes peanut butter and a soy-based drink at home. Jane sells her processed products across Kenya at whatever price she can get and dreams of becoming an exporter.

Like thousands of other women whose kitchens double as food processing units across Africa, Jane runs an unregistered business and sells products that are not quality certified. These informal business owners believe certification and registration are too complex and expensive.

One has to wonder how she and many others like here will become competitive enough to benefit under AfCFTA.

Unsurprisingly, the “messy” informal sector is largely excluded from business support programs that are easier to implement and track in the well-organized and identifiable formal sector.

Legally registered businesses on the other hand, can borrow from commercial financial institutions, bid on government contracts, apply for government grants and participate in government funded training programs.

As we think about the challenges facing the informal sector, it is important to recognize that the informal sector includes businesses at different development levels. Some are literally pre-formal and need just a slight nudge towards business registration. However, they operate outside the nudging circles.

As AfCFTA becomes a reality, we will all have a role to play in ensuring that no one is left behind.

The process should start with ensuring that sufficient funds are mobilised by the African Union Development Agency in order to support studies that will provide a deeper understanding of the sector and its specific needs. This research can then support evidence-based decision-making.

Next, national governments have a responsibility to create a business environment that encourages and motivates pre-formal SMEs to register (as individual businesses or as partnerships) and thus qualify to compete for opportunities available to registered businesses.

Additionally, national governments should encourage their own bureaus of statistics to identify and count informal business operators and measure their economic contribution. We know, for example, that informal businesses and their owners belong to formal, organised groups like local administrative units, religious communities or business associations. Those could all be census starting points.

This action alone will allow us to better serve informal businesses through tailored support programmes and well informed advocacy for an improved business environment.

All of these steps will increase transparency and make the informal sector more visible. This will, in turn, create a pipeline of pre-formal businesses for transition to the formal sector and therefore place them in a position to access future AfCFTA opportunities.

The AfCFTA will create a market of one billion people. But, unless we proactively seek to find ways to include informal businesses - which are largely female-owned - large parts of Africa’s population will remain excluded from its opportunities.

We should not wait to support Africa’s SMEs. AfCFTA’s future success depends on it.

Dorothy Tuma chairs the East African Women in Business Platform, which represents the views of 20,000 women business owners in six partner states, and has over 15 years of experience in enterprise development with a bias towards women entrepreneur.