The bill was signed on Wednesday, 11 years after it was first presented on the floor of the Senate.

The bill changes the name of the Nigerian Prisons Service to Nigerian Correctional Service.

The bill was first presented and read in the Senate in January 2008 by a former senator and current chairman of the Niger Delta Development Commission (NDDC), Victor Ndoma-Egba, in the sixth assembly.

The bill was read for the second time in April 2010.

In his lead, Mr Ndoma-Egba said the bill was aimed at addressing fundamental lapses inherent in the Prisons Act. He said a review of the Act was necessary to put in place a framework for the rehabilitation and transformation of inmates and address the issue of inadequate funding of prisons.

It was one of the many bills that the Mr Ndoma-Egba sponsored during his time as a senator. He also moved for the passage of the Freedom of Information Bill which was signed into law by former President Goodluck Jonathan in 2011.

President Muhammadu Buhari had in April 2019 refused to assent to the bill after it was passed by lawmakers and sent to him.

The president had rejected the bill on grounds that it violates Sections 81 and 84 of the 1999 Constitution.

"I am declining assent to the bill because Section 44 (d) of the bill which seeks to fund the special noncustodial fund with five percent of all fines paid to the federal purse violates the provisions of Sections 81 and 84 of the 1999 Constitution (as amended) which guarantee the independence of the Judiciary," he said in his letter to the Senate.

Following the rejection, the lawmakers in May amended the bill and resent it to the president.

Details of the bill

Apart from the name change, the bill also empowers the State Comptroller of Prisons to reject additional prisoners where the prison in question is already filled to capacity.

"In the event that the prison has exceeded its maximum capacity, the State Comptroller shall notify the Chief Judge of the State or the State Criminal Justice Committee.

"Upon receipt of the notification the Chief Judge or the State Criminal Justice Committee shall within a period not exceeding one month take necessary steps to rectify the overcrowding.

"Without prejudice to subSection 4, the State Comptroller of Prisons in consultation with the Prison Superintendent shall have the power to reject more intake of prisoners where it is apparent that the prison in question is filled to capacity," part of the bill read.

According to the Act, there will be two main areas of the Correctional Service:

The Custodial Service will among other things, take control of persons legally interned in safe, secure and humane conditions and provide support to facilitate the speedy disposal of cases of persons awaiting trial.

Section 12 (2) (c) provides that where an inmate sentenced to death has exhausted all legal procedures for appeal and a period of 10 years has elapsed without execution of the sentence, the chief judge may commute the sentence of death to life imprisonment.

The Non-custodial Service will be responsible for the administration of non-custodial measures like community service, probation, parole, restorative justice measures and such other measures as a court of competent jurisdiction may order.

The Senior Special Assistant to the President on National Assembly Matters (Senate), Ita Enang, said the bill is to ensure there is enough funding for the service to take care of the welfare of the inmates and workers.

Senior Special Adviser to the President on National Assembly Matters, Sen. Ita Enang speaking during his appearance on the News Agency of Nigeria (NAN) Forum in Abuja on Tuesday (11/9/18).

"The question of overcrowding has been addressed by the Act. The correctional service officer is to notify the authorities in the state or the Federal capital, the Attorney General, the Chief Judge of the state that there is an overcrowding in the prison and he is not to take in any other inmate.

"The essence of the bill is to keep the intimates in human conditions within the carrying capacity of the prisons," he said.

Mr Enang also explained why the bill was just being signed despite being passed by the 8th Senate which ceased to exit in June.

"When a bill is passed, it goes through a process, National Assembly management, particularly the legal department of the office of the Clerk to National Assembly. The time of Mr President begins to run from the date that the bills are transmitted to him.

"The time doesn't begin to run from the dates the bills were passed. It is 30 days from the date when the bill was transmitted to him.

"This bill was transmitted to him on July 20th and was assented to in August 14th, so Mr. President signed within the 30 days period.

After bills are passed by the legislature, there are still other processes of assembling which the clerk of the assembly undertakes before he forwards to us. I believe these are one of the few bills remaining, I won't say another will not come," he said.

10 Things to Know About the New Law On Prisons 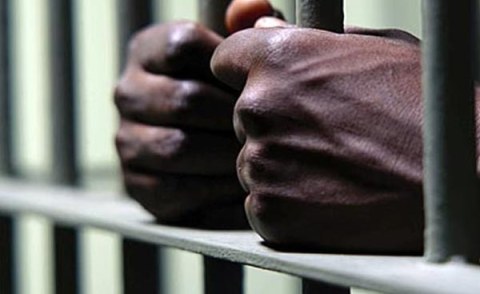 Nigerians Seek Protection for Journalist Who Exposed Rot in Jails
Tagged:
Copyright © 2019 Premium Times. All rights reserved. Distributed by AllAfrica Global Media (allAfrica.com). To contact the copyright holder directly for corrections — or for permission to republish or make other authorized use of this material, click here.