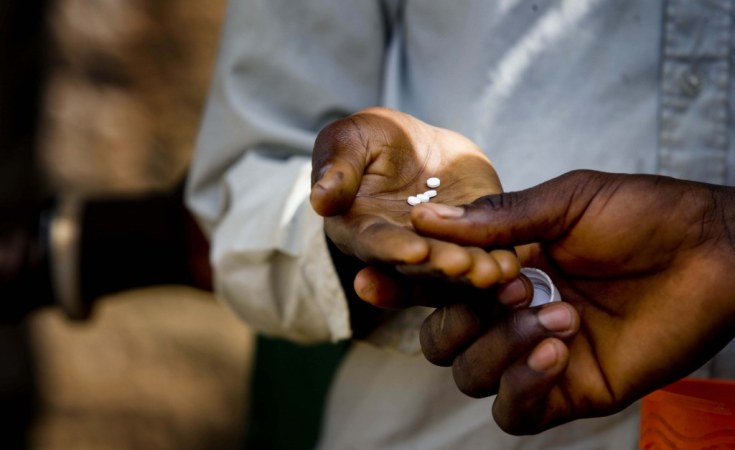 Nearly one year after the first United Nations High-Level Meeting on Tuberculosis, world leaders have been called upon to implement immediate action on their commitments towards eradicating the disease globally.

This call was made by the Stop TB Partnership, the Global Fund to Fight AIDS, Tuberculosis and Malaria, and the World Health Organization in a press statement on the Global Funds website.

These three agencies have been working effortlessly in the eradication of TB which has become a deadly threat, killing people more than HIV/AIDs.

To curtail the menace of the disease, heads of states and government, last year October, at a Political Declaration of the High-Level Meeting of the General Assembly on the Fight against Tuberculosis for 2018-202,2 drew up some targets and financial commitments to fighting the disease.

The Executive Director of the Global Fund, Peter Sands, said "The UN High-Level Meeting in 2018 demonstrated much greater political commitment to tackling TB, but now we need to deliver. We urgently need increased international funding to fight TB, and increased domestic resource mobilisation.

Mr Sands said it is a must to step up the fight to diagnose and cure the millions currently being left untreated and to counter the threat of drug-resistant TB.

In order to make these targets relevant at country levels and facilitate political commitment monitoring and accountability, the Stop TB Partnership produced a breakdown for these targets using the latest TB estimates and country notification data.

So far, many countries including Nigeria, are yet to achieve the set goals.

President Muhammadu Buhari was part of the meeting where he also pledged his commitment to ending TB in Nigeria.

Nigeria is among the 14 high-burden countries for TB, TB/HIV, and Multi-Drug Resistant TB globally. Currently, the country has the highest number of TB cases in Africa and the sixth highest in the world.

The problem has been compounded by the issues of DR-TB and HIV/AIDs epidemic. It is estimated that 407,000 people in Nigeria have TB every year. Unfortunately, most of the cases are missed or detected late, in spite of TB being a curable disease.

However, Nigeria still has the lowest TB detection rate as only 25 per cent of the TB cases are detected.

A major issue with finding TB cases in the country is the lack of funding, expertise, and equipment at primary health care level to diagnose the ailment.

WHO National Professional Officer, TB, Ayodele Awe, said over 300,000 cases of TB is still being missed in Nigeria yearly.

He said each undetected TB case has the potential of infecting 10 to 15 persons a year. He said the disease burden in Nigeria is fuelled by the missing cases which serve as a pool of reservoir for continuous transmission.

"Seventy-five per cent of the missing cases are in the community and they do not know they have TB," he said.

Nigeria also lacks the financial commitment needed to tackle the disease. Currently, Nigeria has a funding gap of $310 million (N111 billion) for TB control in 2018. The shortfall is 76 per cent of the total $ 409.0 million (N 147.2 billion) required for the year.

The Stop TB Partnership, the Global Fund and the WHO said eradicating TB globally is an ambitious and time-bound target which can only be achieved if all political leaders, particularly in the countries with the highest burden of TB, take urgent action to ensure that their counties achieve their national share of the global targets for the treatment of TB and preventive treatment.

They said this can only be achieved if countries work together to mobilise the necessary resources.

"The Stop TB Partnership, the Global Fund and the World Health Organization are committed to working with all partners to support countries in their work in planning and implementing these actions," the statement highlighted.

The Director of the WHO Global TB Program, Tereza Kasaeva, said it is critical to put the foot on the pedal, to save millions from illness, suffering and death.

"This is why WHO Director-General Tedros Ghebreyesus recently sent letters to heads of state of the highest-burden countries highlighting the need for strong and visionary leadership now more than ever," she said.

The TB partners said several high-burden countries have already started to use the indicative targets to plan their actions toward ending TB, and others must do so as well if they are to collectively achieve the targets of the High-Level Meeting.

In a similar disposition, the Executive Director, the Stop TB Partnership Lucica Ditiu, said every single country in the world has people with TB to be diagnosed, treated and cured, and financial investments to be made in TB programs

"The global, collective targets are to be achieved only if everyone achieves their part and keeps their commitments. It is an amazing joint effort that we have to do by the end of 2022. I hope that every country program will use their indicative 'share' of targets that we are presenting here today."