Namibians Are Not Appreciative - Geingob 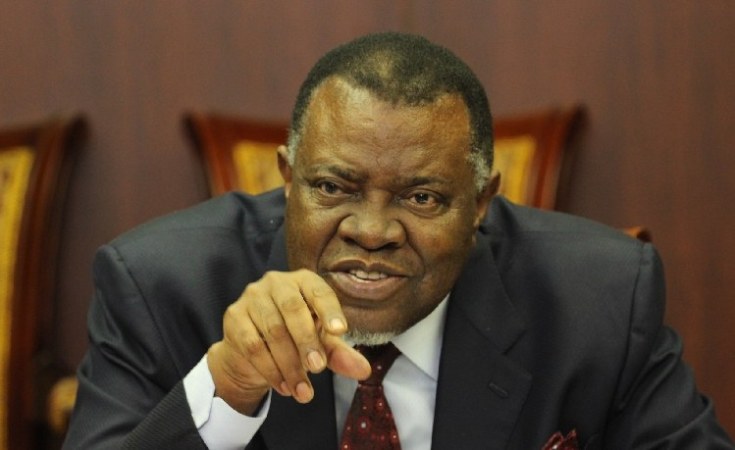 President Hage Geingob says Namibians do not realise "how lucky they are" to have leaders who sacrificed a lot - some even paying with their lives - during the dark days of apartheid and the country's liberation struggle.

The president made these remarks during his townhall meeting at Outapi in the Omusati region on Tuesday.

"We are lucky to have this kind of leadership and stability. People were saying let us vote for Hage to see if he will bring prosperity. But we had leaders who were all fighting to free us and lead us all those times. Sometimes it's difficult because we thought they might not come back. That's why some of us dedicated our lives to continue following in their footsteps," he said.

He, therefore, called on Namibians to continue pulling in the same direction in the spirit of Harambee in order to attain prosperity, adding that Namibia is a unitary state with democracy and peace.

"People want to have shelter, clothing, food, schools, clinics and hospitals. Those are the tall orders that we must now all pull in the same direction for," he noted.

"The rich continue being richer, and the poor get poorer. That is why we are faced with several problems. Sometimes we blame the children, but somehow that is all they can do. Some children do not have anything to do, no playgrounds, no parents, and therefore we must help and guide them, and continue building the "Harambee" house together," he continued.

The president is conducting a series of townhall meetings in various regions in an effort to promote dialogue between him and the masses through democracy and transparency.

Reacting to the president's sentiments yesterday, political commentator Hoze Riruako said he understands the context in which Geingob is coming from, considering the fact that the liberation struggle was not an easy one.

He said the liberation struggle started with the 1904-08 genocide and carried on in 1966 when the ruling party's army launched its first attack on the apartheid regime.

Under colonial times, he said, Namibians could not move freely, nor have freedom of speech or even have the right to vote, which makes the freedom being enjoyed now priceless.

However, Riruako said this does not mean that needs that Namibians or young people have should be sidelined.

"Some young people tell you they were not there when the liberation struggle was taking place and therefore they cannot be told they did not do anything. To them, their hunger or unemployment issues are more important. They are asking what can the government do for them now," said Riruako.

He also said it is, however, important for the public to also be realistic in terms of what expectations they have from the government because like other countries, it is going through tough economic times.

Popular Democratic Movement's youth league spokesperson, Maximalliant Katjimune, said he does not agree with Geingob's statement describing it as disingenuous.

"Indeed, the young people of this country continue to appreciate and celebrate our independence. In that same vein, our young people are cognisant that we do not eat independence, that we have a new economic struggle.

"We cannot continue talking about the liberation struggle forever. We are now in a new era. Just like the likes of the president were fighting for independence, we are now fighting for economic emancipation in our lifetime," said Katjimune.