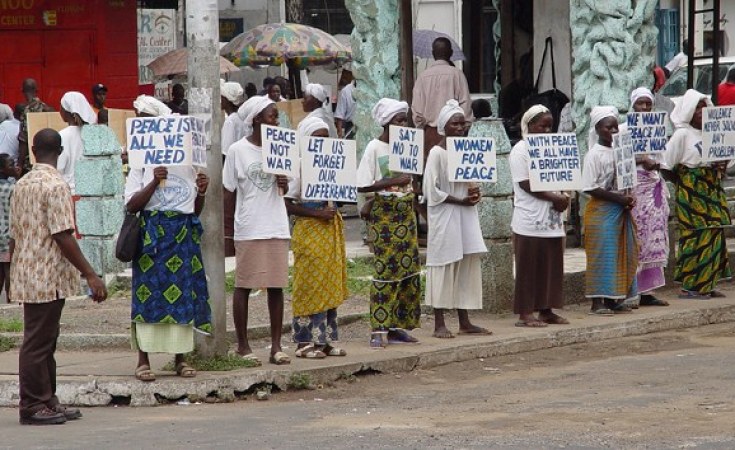 As part of efforts to help with trauma healing in Liberia, the Bates Foundation, a Christian organization based in the United States of America, has concluded a 3-day trauma healing seminar for religious and community leaders at the Monrovia Christian Fellowship Center in Sinkor.

The trauma healing seminar was intended to respond to the crisis Liberia is currently going through at the moment. The seminar started from August 7 and ended Friday, August 9, 2019, with participants receiving certificates at the end.

In an exclusive interview, Rev. Charles F. Bates, Executive Director of the Bates Foundation, told the Daily Observer that the foundation "[has] come to resource pastors, religious and community leaders so that they can be equipped to go back into their various communities to be able to serve the people."

Rev. Bates said it is everyone's responsibility to ensure that the Liberia's hope is restored and that those young people that are traumatized be able to gain hope again.

He said one of the things the training focused on was "hope and courage" which he believes can change the mindset of those who are traumatized. The seminar further looked at the causes of trauma, what can be done to integrate people that are found in such a situation in society.

Rev. Bates said he is optimistic that those who attended the event will spread the word by putting it into action and teaching others. "We do not want to teach and invest in leaders without them being practical; we want to see changes in the communities because if there are changes in these areas, eventually, there will be changes in Liberia," he said.

According to him the issue of trauma in Liberia has been a long-standing condition in the Liberian society, especially when people moved from one place to another in times of civil crisis, something which he said gets people traumatized.

He also stated that, knowing the plight of the Liberian people nowadays, he thought it important to help them understand why they had been doing things differently.

"I have talked to some young people who will say, 'I have no hope again because I cannot go to a school where I will graduate and find no job'," he said.

Rev. Bates explained that it is his role as a Liberian who is passionate and believes in helping the country in effecting change, adding that for those who are pessimistic about Liberia right now, "I am encouraging them to begin a new way of thinking. Let us say that, yes, there is something good that can help us despite all that had to happen in our country."

He recalled that there were some bad things that happened during the country's 14-year civil war but, as Christians, "my faith tells me that something bad happened on Good Friday when Jesus was crucified, but he turned that into some good on Easter Morning when he rose the dead." He said Liberians should remember that good things are on the way for Liberia if the issue of trauma can be fully addressed in the country.

Dr. Jerry P. Kulah, Dean at the Graduate School of Theology at the United Methodist University (UMU), described the seminar as timely for Liberia and said it is in the right direction.

"Liberians are totally traumatized because of the kind of leadership we have had over the years, coupled with the Ebola epidemic, economic hardship, corruption and envy," Dr. Kulah told the Daily Observer. According to him, while it is true that things are going wrong in the country, it is also important to know that the current leadership is struggling to find its balance in providing quality leadership. Therefore, everyone must limit their expectation to avoid the political tension in the country.

Joshua Peters, who is a member of the Monrovia Christain Fellowship (MCF), where the seminar took place, told the Daily Observer that he was impressed when he heard about the training. "I was traumatized, I use to do things that a Christian should not do, but God was able to help me regain hope through the MCF and the Bates Foundation trauma healing seminar today. That gives me more hope, thanks to Bates and his team," he said.

The Bates Foundation is a Christian organization based in Virginia, United States, headed by its Executive Director Rev. Dr Charles F. Bates and Dr. Daniel D. Denton Jr. It seeks to help many Liberians who are traumatized and to ensure that they regain hope in society.

Liberia's Opposition Blames Weah for Electoral Violence
Tagged:
Copyright © 2019 Liberian Observer. All rights reserved. Distributed by AllAfrica Global Media (allAfrica.com). To contact the copyright holder directly for corrections — or for permission to republish or make other authorized use of this material, click here.