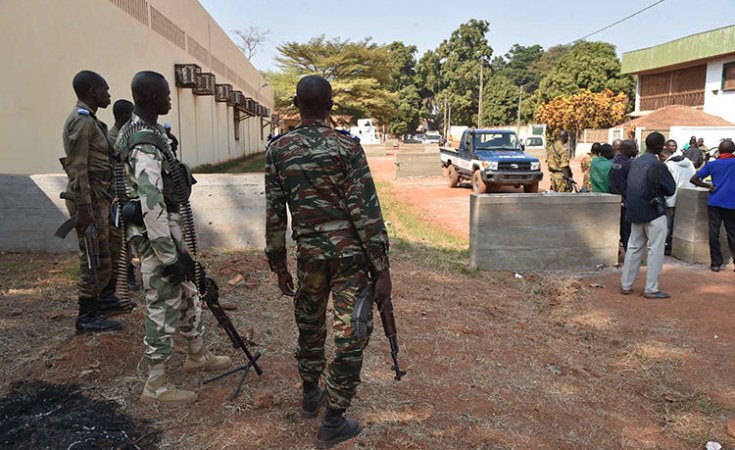 Six months after armed CAR rebels signed a peace deal with the government, some have flagrantly violated it, experts say, as citizens wonder why the warlords even have seats at the top table.

The latest findings of a panel of experts submitted to the African Union and United Nations, point to a fragile peace, with dozens of violations reported weekly since the Khartoum Agreement came into effect on 6 February 2019.

The experts pinned the blame for the worst violation on the Return, Reclamation, Rehabilitation group (or 3R), led by the notorious Sidiki Abbas. The rebel leader signed the peace deal and is now an advisor to the CAR prime minister.

More than 40 people were massacred by 3R militias in communes in the prefecture of Ouham-Pende in May "supposedly in retaliation" for an attack on Fulani cattle raiders, according to the report.

It also cites serious violations of international humanitarian law involving factions of the predominantly Muslim rebel Seleka coalition and their predominantly Christian rivals, the anti-Balaka, in other parts of the country.

Fourteen armed groups and the CAR government signed the Khartoum Agreement to end the conflict that unfolded in the wake of a disputed election in which Francois Bozize won a second term as president. The Seleka, which overthrew the Christian president in 2013, and the anti-Balaka were among the key groups.

The deal has been lauded as the most serious bid at brokering peace since the current crisis began to unfold in 2013. The expert findings come as the country prepares for elections.

Humanitarian workers say that, despite the peace deal, they fear for their safety in what is one of the poorest and most dangerous countries in Africa. Citizens are meanwhile finding it hard to comprehend how warlords are walking free and possibly even dictating the terms of peace, human rights activists say.

"Assessing the situation on the ground depends on one's perspective," Lewis Mudge, the Central Africa director of Human Rights Watch (HRW), said in an interview with DW.

"The signatories of the deal, the brokers of the deal, are probably going to tell you that broadly it's been successful." While fighting between some armed factions has subsided, aspects of the situation in CAR are very worrying.

"Humanitarians are still working in one of the most dangerous countries. Attacks on international humanitarians get into the news but Central Africans who are trying to help their fellow citizens are bearing the brunt of most of these attacks," Mudge said.

HRW, an international watchdog, is cautious in its optimism over CAR and concerned that the peace deal does not address the core issues that drove the country to conflict in the first place, Mudge told DW.

The country has been characterized by cycles of bloodshed and impunity, widespread corruption and nepotism in the decades since independence from France. A UN arms embargo is in place and UN peacekeepers are on the ground.

The AU, UN and European Union have been working for years to broker peace in the mineral-rich country that is landlocked between Cameroon, Chad, Sudan and South Sudan. The Republic of Congo and the Democratic Republic of Congo, as well as Russia and China, support CAR.

The AU and UN have not publically responded to the expert report or indication of action. Human rights groups are calling for the individuals who violate the peace deal - gunning down men, women and children on the streets -- to be held accountable.

"I can't speculate and get inside the heads of UN actors. What I can tell you is that dozens and dozens of civilians were slaughtered by a signatory of the armed groups," said Mudge.

"Now, you have the likes of Ali Darassa of the UPC (Union for Peace), Mahmat Al-Khatim of the MPC (Central African Patriotic Movement) and Sidiki Abbas from 3R - individuals who have committed, at the very minimum, war crimes, appointed within national structures as advisors to the prime minister."

The CAR has a record of letting warlords off the hook. The perpetrators of atrocities during the Bush War that brought Bozize to power in the early 2000s were granted a blanket amnesty. Political analysts say that largely led to the creation of the Seleka and the situation today.

Sidiki Abbas has reportedly threatened to withdraw from the peace deal if prosecutors come after him.

UN Calls on Stakeholders to Implement CAR Peace Deal
Tagged:
Copyright © 2019 Deutsche Welle. All rights reserved. Distributed by AllAfrica Global Media (allAfrica.com). To contact the copyright holder directly for corrections — or for permission to republish or make other authorized use of this material, click here.