Lesotho: Mahlala Quits LCD in Yet Another High Profile Resignation 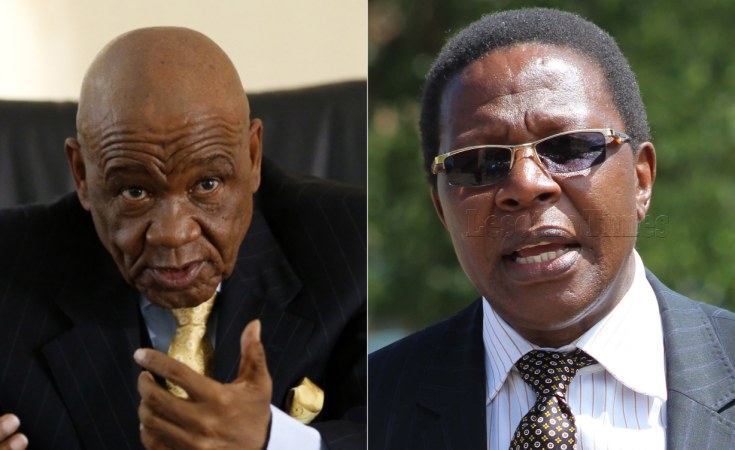 Mr Mahlala is said to be one of the biggest funders of the LCD. He is the Managing Director of Big Bravo (Pty) Ltd- a company that was controversially awarded a M120 million tender to refurbish roads in Matala Phase 1 and Ha-Leqele in 2013. Big Bravo was awarded the tender allegedly at the instigation of Mr Metsing who was Local Government minister and Deputy Prime Minister in the tripartite coalition government led by current Prime Minister Thomas Thabane at the time. Mr Mahlala has always maintained that the awarding of the tender was above board and had nothing to do with his links to political heavyweights.

His departure is the second high profile resignation from the former ruling party after that of former Mining Minister Lebohang Thotanyana who left to join the ruling All Basotho Convention (ABC) just over a month ago.

Just like Mr Thotanyana, Mr Mahlala cited the LCD's failure to uphold its founding democratic principles as his reason for dumping the party. He also revealed his frustrations with Mr Metsing for blocking Mr Thotanyana from throwing his hat into the ring against former Defence and National Security minister Tšeliso Mokhosi in the battle for the LCD deputy leader's post. He said Mr Metsing dissuaded from Mr Thotanyana from contesting the position in violation of democratic principles that provide for fair contest for any position.

His departure for the DC comes at a time when the two opposition parties, that have been strong allies in and outside government, are at loggerheads over various issues including the LCD's overtures to ABC leader and Prime Minister Thomas Thabane for an alliance that should lead to the establishment of a government of national unity (GNU).

His departure could severely affect the LCD's capacity to mobilise funds for its activities. Sources close to him say that each time there are elections, he mobilises at least M4 million to help the party with its campaigns.

Yesterday, Mr Mahlala told the Lesotho Times that he quit the LCD in protest over the party's failure to hold long overdue national executive committee (NEC) elections in line with its founding democratic principles. The NEC elections were due in February 2019 and recently, Mr Metsing told this publication that they would be held in October this year.

"After a lengthy deliberation on this matter, I have decided to leave LCD," Mr Mahlala said.

"The LCD has shifted from its ideology where it used to respect the decisions of its members. Ntate Metsing should be protecting the party's constitution because as leader, he is its custodian. Instead he is violating the constitution.

"There was a time when Ntate Thotanyana wanted to contest the deputy leader's position but he was called and dissuaded by Ntate Metsing who said the post was reserved for (the incumbent) Ntate Mokhosi and the latter should not be challenged. Mr Metsing then suggested that they would rather place Ntate Thotanyana in the post of secretary general or treasurer. This shocked me because Ntate Metsing has no business in determining who is elected to party posts.

"I have seen that the LCD will never grow. It has become stagnant and it had become too much for me to watch it go to waste. Certain individuals are gaining from this. I have sweated blood over the years trying to contribute to the growth of that party especially during times of elections. But now that the party has shifted from its founding ideology, I am convinced that it shall never progress and therefore I am leaving."

He said he had resolved to join the DC as it was a congress party "that still had life in it".

"Of the many political parties registered with the Independent Electoral Commission (IEC), I chose the DC because it is a congress movement that still adheres to democratic principles."

He however, said he still had respect for Mr Metsing.

"My decision to dump LCD has not be an easy one and it will leave them in limbo from which they will never recover as people in my Mount Moorosi constituency know my worth. They (LCD) will lose a lot of support and things will never be the same for them.

"I have nothing against Ntate Metsing as a person. However, I have a problem with the leadership of LCD and he (Mr Metsing) happens to be at its helm."

Meanwhile, LCD spokesperson Teboho Sekata said he knew nothing about Mr Mahlala's departure and he would "rather not comment on issues that did not exist".

"I know nothing about what you are asking me and it would really be funny (that Mr Mahlala has dumped the LCD) because we have been in some meetings with him and he has never hinted at leaving. Since he has confirmed it with you, I suggest you ask my leader (Mr Metsing) about it and not me," Mr Sekata said.

Mr Metsing's rang unanswered yesterday when the Lesotho Times contacted him for comment.

Thabane Can Be Ousted - Attorney General