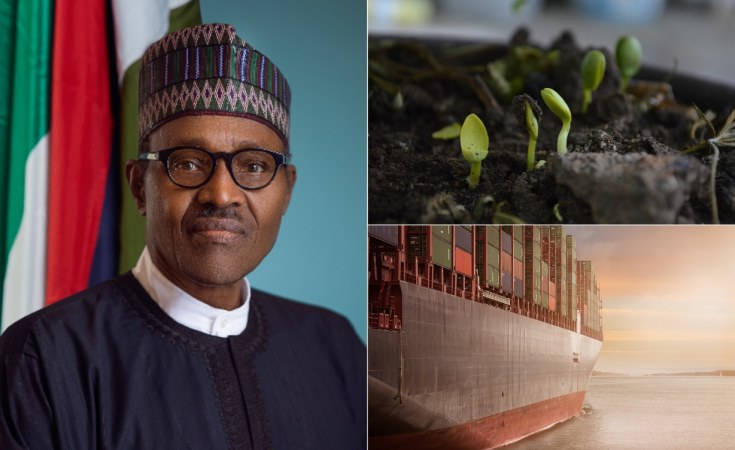 Stakeholders have continued to react to the recent directive given by President Muhammadu Buhari to the Central Bank of Nigeria (CBN) to restrict forex on food items being imported into the country.

Some are in support of the president, commending him for making Nigerians to look inward to consume what is produced in the country, while some feel the nation is not yet ripe to meet the needs of its citizens in terms of food production.

Others feel the directive negates the independence of the apex bank.

Mr Buhari had on Tuesday directed CBN to place forex restriction on imported foods when he hosted APC governors during Eid-el-Kabir in Daura, Katsina State, claiming his administration had achieved food security.

Reacting to the development, Tope Fasua, an economic expert commended Mr Buhari for giving such directive which he described as the right step in the right direction.

Mr Fasua urged Mr Buhari to match his words with action by going beyond pronouncement and ensure full implementation to enable Nigerians consume what is produced in the country.

The expert lauded the idea but, however, said that the government must make sure that the directive was fully implemented.

"I believe it is in the right direction but we need more than pronouncements. The boost in food production needed to bridge the gap cannot be left to the mere pursuit of profits.

"It should be strategically pursued using several instruments including mass mobilisation.

"Otherwise, this may end up counterproductive if only a few moneybags with stolen cash or unfettered access to bank loans are able to produce while the majority are at their mercy."

Zainab Abubakar of the Department of Economics, Federal University Dutse, Jigawa, said looking inward to consume what is produced in the country was good but certain things needed to be put in place.

Mr Abubakar argued that Nigeria does not have the capacity to produce what the entire population of about 200 million people would consume.

"It would have been a good directive but certain things ought to be put in place in order to avoid creating more problems. Nigeria does not yet have the capacity to produce what the entire population will consume at the moment.

"There is going to be far less supply of food than what is demanded and this will lead to inflation.

"There is the need to boost the agriculture sector further and need for more and robust infrastructure like power supply and transportation facilities, while the Anchor Borrowers Programme among others should be given more priority too," the economist said.

Meanwhile, the Centre for Social Justice (CSJ) a Non-Governmental Organisation (NGO) faulted the directive given by Buhari.

In a statement signed by a Director of the centre, Eze Onyekpere, it said the directive was not in line with S.1 (3) of the CBN Act 2007.

Onyekpere explained that the Act provided that in order to facilitate the achievement of its mandate under this Act and the Banks and Other Financial Institutions Act, and in line with the objective of promoting stability and continuity in economic management, "the CBN shall be an independent body in the discharge of its functions".

"There are no provisions in the CBN Act or any other existing law empowering the President to run or give directives on foreign exchange management or any other component of Monetary Policy.

"This directive erodes the independence and autonomy of the apex bank," Mr Onyekpere said.

He said that if the CBN had given the directive, it would have required a phased and gradual approach in determining the point at which foreign exchange allocations for food imports would be reduced.

According to him, this will involve a multi-sectoral engagement of farmers, food processors, the banking industry, transport and power sectors among others.

"It is imperative to clarify that we support every effort at increasing local food production and reducing Nigeria's dependence on imported food products.

"But in the drive to attain the required level of self-sufficiency, we must not expose Nigerians to undue hardship.

"This brings us to another issue, which is that Nigeria is far from attaining food security and has not even started the race for food sovereignty.

"Stopping the allocation of foreign exchange for the importation of needed food items will only increase their price since there will still be demand for the goods.

"Unless there is a ban on the importation of these food items, importers will still be free to source for foreign exchange from alternative sources to import them.

"Increase in the price of food at a time of grave economic crisis, increasing poverty and misery can only deepen the already fragile and precarious living conditions of the average Nigerian. Even an outright ban will be a misnomer in the circumstances" he explained.

Mr Godwin Emefiele, the CBN Governor, while reeling out the policy road map for his second tenure of five years in June, announced that the food items to be focused on were Rice, Maize, Cassava, Cocoa, Tomato, Cotton, Oil-palm, Poultry, Fish, and Livestock/Dairy.

Mr Emefiele explained that the choice of these 10 items was driven by the amount spent on the importation of these items into the country and the more than 10 million jobs that could be created over the next five years.

He said efforts were being made to expand cultivation and processing of these items in the country.

"So far, we have held a series of engagements with importers and producers of these products.

"Most of them have committed that they would install or expand their production capacities in Nigeria. We believe these measures will help to boost not only our domestic outputs but also improve our annual non-oil exports receipts from two billion dollars in 2018 to 12 billion dollars by 2023.

"This linkage with agro-processors is necessary in order to prove that farmers are creditworthy individuals with bankable contracts.

"It will also help to unlock private capital flows from financial institutions to farmers in order to enable them meet orders from agro-processors," he explained. (NAN)

Price of Tomatoes Crashes By 75% in Katsina 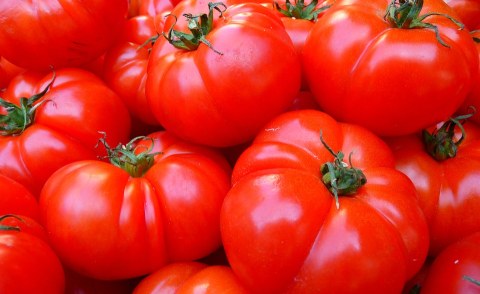 Using Digital Innovation to Boost Africa's Smallholder Farmers
Tagged:
Copyright © 2019 Premium Times. All rights reserved. Distributed by AllAfrica Global Media (allAfrica.com). To contact the copyright holder directly for corrections — or for permission to republish or make other authorized use of this material, click here.