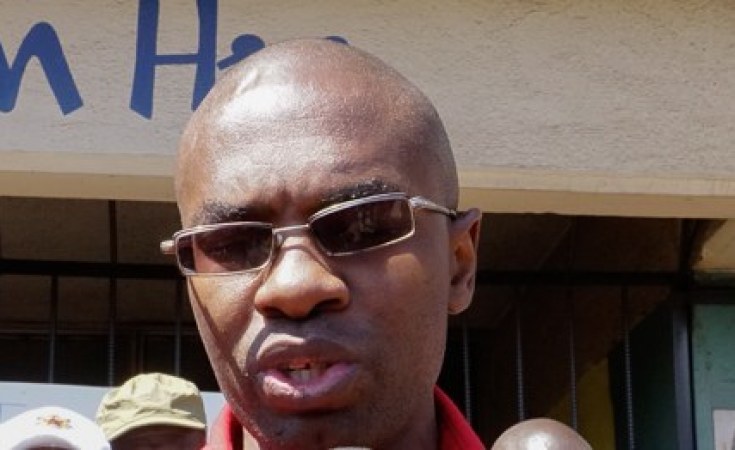 LEADERS of the country's biggest trade union group have received more death threats from anonymous individuals who are reportedly irked by their tough stance against poor wages and association with the opposition MDC.

This was revealed in a petition sent to Zimbabwean police by lawyers representing the Zimbabwe Congress of Trade Unions (ZCTU).

In the letter, dated August 16 2019 and signed by Mbidzo, Muchadehama and Makoni Legal Practitioners, the lawyers petitioned police to bring to book, people behind the continued issuance of death threats against their clients.

The petition was addressed to the Harare Central Police Station's Officer in Charge.

"We write to bring to your attention and formally request you to cause an investigation into various threats of death received by our client on Thursday 15 August 2019 at 18:14 hrs, through an sms on his mobile phone which read as follows 'IF YOU GO AND GIVE A SOLIDARITY MSG TOMORROW U ARE DEAD'. The message was sent using an Econet subscriber number263786645911," says the letter in part.

The lawyers claimed that similar threats were issued to ZCTU president, Peter Mutasa from the same mobile number and on the same day at 21:26 hrs.

MDC protests which had been planned for last Friday in Harare were banned by police citing security concerns while a group of party supporters who defied the order were violently dispersed by police.

ZCTU secretary general Japhet Moyo received another message on his mobile phone which read, "JAPHET MOYO U TEND TO FORGET QUICKLY WE KNW WHERE U STAY IN CHITOWN AND ALL YO FAMILY MEMBERS. IF YOU HAPPEN TO SET YOUR FOOT AT THE MDC ALLIANCE DEMONSTRATION ON 16 AUGUST 2019.THE BULLET U ONCE RECEIVED AS PARCEL SHALL PASS THRU YO HEAD AND. IF U WANT POLITICS COME OUT CLEAN. BE WARNED AGAINST GIVING SOLIDARITY MESSAGE TOMMORO YOUR FAMILY STILL NEEDS YOU".

According to the legal representatives, the message was sent using an Econet mobile number +263777584972.

The lawyers further claim that at 21:37 hrs , Moyo received another phone call from an Econet subscriber mobile number +263772997279 in which the same threats were repeated verbally.

"As a result," the lawyers said, "Our client now fears for his life, especially in view of the recent spate of abductions involving Tatenda Mombeyarara, Blessing Kanotunga, Cosmas Mhashwa, Marlon Kanda and Councilor Makweza from Chitungwiza.

"All these matters have been reported to the police to the best of our client's knowledge. We have reason to believe that these matters are related and are being perpetrated by the same persons or grouping of persons."

Last month, the two senior ZCTU leaders reported that they had been sent death threatening letters with bullets inside by suspected State agents.

The unionists have caused all the discomfort for teh Zanu PF led government through continuous demands for a wage review and better working conditions for hard-pressed Zimbabwean employees.

They have also been demanding the reversal of an order banning the use of the multi-currency system in the country.