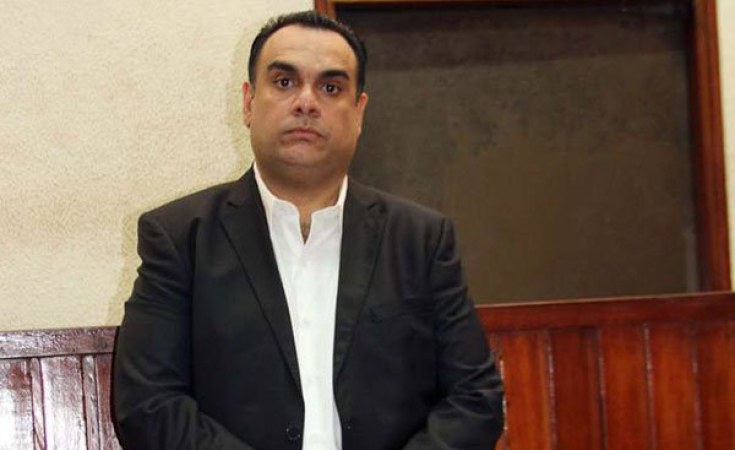 During a fundraiser for Lamu fire victims in Nairobi in September 2009, Mr Ali Punjani was among those who came forth to give their contributions.

His Sh6 million contribution was double that of the then President Mwai Kibaki, who was leading the fundraiser.

That was, perhaps, an announcement that Mr Punjani is not your ordinary businessman.

The following year, a dossier came from the American Embassy naming Mr Punjani among suspected drug traffickers in the country.

Despite being mentioned in Parliament, Mr Punjani instead acquired more powers and influence that allowed him to get deeper into the security and political circles.

In 2013, Mr Punjani was also among Mombasa businessmen who donated 10 police vehicles to the National Police Service.

Former Coast regional coordinator Nelson Marwa later claimed that the vehicles were being used to traffick drugs within the county, prompting a bitter exchange between him and a group of local leaders.

At that time, Mr Punjani was also calling shots within the service, which had offered him police officers at a fee.

His control of police officers last year saw Mr Punjani influence the arrest of seven Nepalese who were working as dancers.

"The dancers were working at a club that competed with one owned by Punjani's friend and, to help his friend, he asked police to shut down the Nyali club where the Nepalese were operating," said a source.

Mr Punjani, 44, also played a key role in financing politicians who frequented his home in Nyali. Sources say both local and national politicians are among those whose activities he has funded.

"You will be shocked to see the people who come here. I have seen some big people driving in here," said a neighbour at Mr Punjani's home in Nyali suburb.

The business mogul who routinely hangs out with politicians, lives large.

To access his bungalow, one has to get through an electric gate guarded by security guards from Armytex.

After a 100-metre walk, a huge door with a diamond-like knob ushers you into the all ensuite seven-bedroom mansion.

An ultra-modern lounge, furnished with three leather sofa-sets of brown, red and black colours complete with air conditioning make up part of the interiors of the one storey home.

The raid on Mr Punjani's house early this week has seen police unmask suspected kingpins of the narcotics trade in the coastal counties of Mombasa, Kilifi, Lamu and Kwale.

Top on the list are several businessmen, both local and foreign, with deeply entrenched connections in the police service, the Judiciary and the political class.

A number of those on the wanted list have been spotted in the company of leading politicians and are said to play an active, though covert, role in Coast and national politics.

Mr Punjani was not at his residence at the time of the raid, with reports indicating he is undergoing treatment in India.

Police said Mr Punjani would be arrested the minute he jets into the country.

"We want him to come and explain to us where he got all this wealth. We found many cheques, title deeds and more than Sh63,000," said Mombasa police commander Johnston Ipara following the Tuesday raid at the businessman's Nyali residence.

Last month, a US court heard how Mr Punjani was involved in a long-running and bloody battle for the control of the drugs trade with the notorious Akasha clan.

Police suspect he is a key player in the narcotics trade within the larger Likoni sub-county.

He was arrested on Monday following an operation targeting politicians and businessmen suspected to be behind the drugs trade. Some 18 people have been arrested so far.

Mr Salama recorded a statement at the Likoni Police Station before taking the police officers to his house.

He was on Tuesday arraigned before Mombasa magistrate Edgar Kagoni, who ruled that the prosecution failed to provide enough evidence to link him to the illicit trade.

Also on the police radar is Mr Swaleh Yusuf Ahmed, alias Kandereni, a suspected drug baron with a string of court cases relating to the illicit trade.

Police believe Mr Ahmed, alias "Candy Rain", is linked to 92kg of heroin with an estimated street value of more than Sh300 million seized from a house in Kikambala on September 20, last year.

The discovery of the haul sparked a manhunt for his associates, leading to the arrest of Ms Fatma Ali Ahmed in Nairobi's Eastleigh. The police claim she was the manager of the Kikambala home where the heroin was found.

It was the third time Mr Ahmed was being arrested in connection with drug trafficking offences since last year.

In October last year, Mr Ahmed and his wife Asmah Abdalla were arrested and charged with being in possession of one kilogramme of narcotics at their home in Kikambala. The couple was released on bail.

The couple had been charged with trafficking 15kg of heroin worth Sh47 million just six months before, in February last year.

"The accused is a high-profile trafficker who has a wide operative network," principal prosecuting lawyer Jami Yamin told the court when opposing Mr Ahmed's release on bail in February last year.

In 2010, Mr Ahmed was jailed for 25 years for trafficking five kilogrammes of heroin. However, he successfully appealed the sentence at a Mombasa court and was acquitted for lack of evidence.

He was also charged at the Mombasa Law Courts in 2011 and 2013 with trafficking drugs, but he won the cases.

Mr Ahmed was first convicted for 15 years in 1996 for trafficking heroin and was sent to Shimo La Tewa Prison in Mombasa.

But he was released in January 1999 in unclear circumstances after serving only three years.

He was rearrested in October 2001 when it was revealed that a cartel of court and prison officials had forged documents to show that the Court of Appeal had allowed his release on bond pending the determination of his appeal.

It is not yet clear when he was released after this, but in 2010 he was once again back in court on a separate drug-related charge.

Cases against Ms Evelyn Neema, who was in 2012 charged with trafficking in Sh84 million narcotics, and Ms Rehema Osoma, were also mentioned as some of those that had been delayed by the courts.

Also on the list are 70 individuals who have been arrested in Mombasa since the launch of the crackdown. In Lamu, police released the names of 10 suspects said to be in the illicit trade.

Fear as Gang Terrorises Mombasa Residents
Tagged:
Copyright © 2019 The Nation. All rights reserved. Distributed by AllAfrica Global Media (allAfrica.com). To contact the copyright holder directly for corrections — or for permission to republish or make other authorized use of this material, click here.