Malawi: Mutharika Has No Sworn Statement to Be Witness in Malawi Poll Case - Judiciary 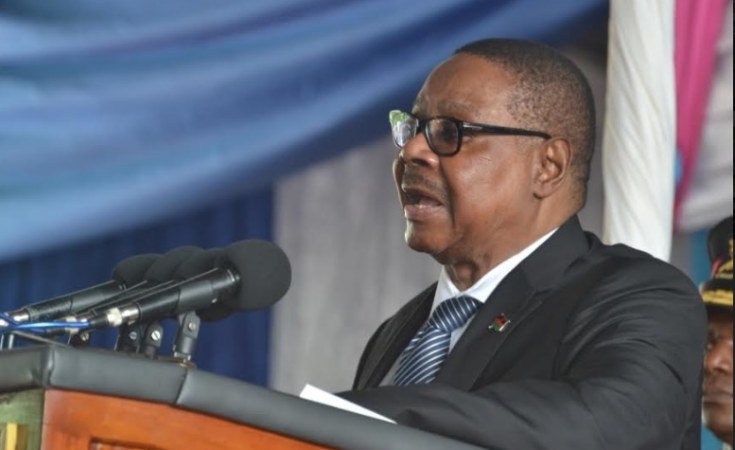 President Peter Mutharika is not among the people who will take in the witness box in the ongoing presidential election case because he has not sworn any statement, Judiciary spokesperson has said.

Mutharika: Has no sworn statement to be witness

Registrar of the High Court and Supreme Court of Appeal Agnes Patemba told a local radio that Mutharika will not appear and answer questions in the historic presidential election case.

She said those that will be cross-examined in the case are those that have sworn statements which are with the court.

"There is no sworn statement from President Mutharika," said Patemba.

Mutharika of the governing Democratic Party (DPP), who was declared winner of the May 21 2019 Presidential Election, is a first respondent, while Malawi Electoral Commission (MEC) is the second respondent.

Petitioners, Saulos Chilima of UTM Party and Lazarus Chakwera of Malawi Congress Party (MCP) expressed interest to have Mutharika to be on the witnesses list of their elections case because of the statement he made declaring that some of his votes were 'stolen' in the Central Region despite MEC declaring him the winner of the disputed Presidential Election.

On Monday during the Constitutional Court hearing, UTM lead lawyer Dr Chikosa Silungwe also pointed out that Mutharika has not made any sworn statement in the matter.

But Titus Mvalo, one of the lawyers in Chakwera's legal team, said Mutharika, as a first respondent, was included on the list of people to the court to answer questions.

The audio recording of Mutharika's statement - which was submitted to court as evidence for Chilima - was played on Friday in court and against on Monday.

During his first post-election rally in Blantyre, Mutharika, while not elaborating, told the crowd that there was no rigging during the election although some of his votes were stolen.

Mutharika was declared winner in the elections after narrowly defeating his main challenger MCP torchbearer Chakwera with 1 940 709 votes against 1 781 740.

Previous Story
Chilima Admits He Has No Evidence Mutharika Rigged
Next Story
Taxpayers to Pay Over U.S.$200,000 for Election Case - Judiciary

Chilima Admits He Has No Evidence Mutharika Rigged