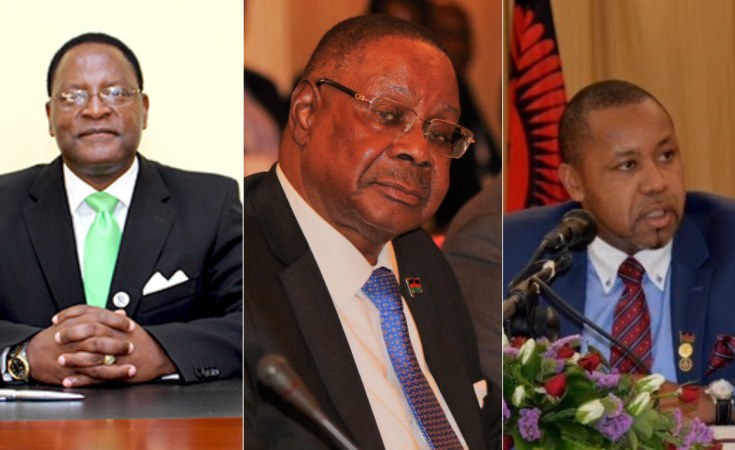 Former vice-president Saulos Chilima on the seventh day of his evidence cross-examination confirmed that correctional fluid "tippex" was not used to favour his former boss President Peter Mutharika and also conceded that he has no evidence that Mutharika rigged the elections to be re-elected.

In a huge turn around to all his claims, Chilima told the court he had not brought any evidence to confirm that Mutharika stole the 2019 elections.

Mutharika's lawyer Frank Farouk Mbeta faced a barrage of objections from Chilima's legal team trying to protect his witness and the petitioner's lawyers also joined to shoot down interventions by Attorney General Kalekeni Kaphale who warned the petitioners that limiting explanations could backfire to their case.

Chilima admitted that no premature ballots were used in rallying the results in the elections.

The former vice-president also admitted that even in areas where he polled the highest votes like Rumphi district, tippex was used to correct genuine mistakes.

He had also confimed he challenged everyone that the 2019 elections could not be rigged.

In court, Mbeta played an audio recording of Malawi Electoral Commission (MEC) chief executive officer Sammy Alfandika telling journalists that two pre-marked ballot papers were issued to voters in Mzimba but the ballots were not cast and the issuer was arrested.

Mbeta asked Chilima about the issue and the UTM leader insisted that the incident was a case of fraud which affected the elections.

Mbeta asked:" If MEC took action against its fraudulent agent, would you still say that MEC committed fraud?"

In his response, Chilima said: "I should think so."

The lawyer then asked Chilima if he would agree that the attempted fraud was not successful since the pre-marked ballot were not cast to which Chilima said he would not agree.

"So you would want the court to nullify the presidential election because of two pre-marked ballots that never made it into the tallying?" Mbeta quized Chilima, who responded, "yes."

Mbeta then pressed Chilima to demonstrate how the ballots affected the elections but the UTM leader's lawyer Bright Theu objected to the line of questioning, saying President Mutharika's lawyer and witness had different views on the issue.

At one point, Attorney General intervened saying questions that are being barred during cross-examination such as seeking explanations to materials should also not be allowed during re-examination.

In response, Chilima's lawyer Dr Chikosa Silungwe questioned the intervention by the Attorney General saying he is failing to act as a custodian of the constitution because he is representing Electoral Commission in the case.

Elections Case to Drag Up to Year End - Judiciary