Namibia Sticks to Its Guns On Ivory Trade

NAMIBIA is set to stand by its position to have the multilateral wildlife treaty lift the ban on elephant conservation hunting at a conference in Switzterland this weekend.

The 18th conference of the Convention on International Trade in Endangered Species of Wild Fauna and Flora (Cites) is scheduled for Saturday in Geneva.

Ministry of environment spokesperson Romeo Muyunda on Wednesday told The Namibian that the ministry is sending a delegation of representatives who will be led by minister Pohamba Shifeta.

Muyunda reiterated that Namibia remains steadfast in the position they presented during the Kasane Elephant Summit in Botswana earlier in May, where they proposed that Cites lifts the ban on ivory trade and allow the sustainable hunting of elephants. Cites imposed the ban in 1989 to reverse a sharp decline in the African elephant population, purportedly due to increased levels of poaching.

The five countries which constitute the Kavango-Zambezi Transfrontier Conservation Area (Kaza-TFCA) - namely Namibia, Botswana, Angola, Zambia and Zimbabwe - agreed to propose that the ban placed on ivory trade by Cites be lifted.

The Kaza-TFCA area holds two-thirds of the continent's total of about 400 000 African elephants.

"The position that came from the Kasane summit, which was a collective position by all the chairs represented [to lift the ban], Namibia supports that", Muyunda said.

During the Kasane summit, president Hage Geingob claimed that while Namibia's conservation model has allowed the elephant population to grow from a mere 7 500 in 1995 to 24 000 at present, these growing numbers pose significant human-wildlife conflict difficulties.

Having this shared experience amongst the five member countries, the leaders of the Kaza-TFCA elected to propose a shared approach which will mitigate the negative effects of their growing elephant populations.

Addressing opposition from many Western countries, they emphasised their commitment to sustainable conservation, and called out the West for trying to dictate how the continent manages its wildlife.

"We should not be victims of our success in conservation, and the West must humble itself and learn conservation from us, instead of lecturing us on what to do," said Geingob.

"We cannot continue to be spectators while others debate and take decisions about our elephants," he added.

The International Fund for Animal Welfare (Ifaw), one of the organisations expected to participate in the Cites conference this weekend, detailed in a statement released on Tuesday some of the notable points of discussion to be expected at the conference.

The welfare organisation highlighted that three separate proposals presenting contrasting views on the conservation of the elephants will be presented there.

The Kaza-TFCA countries will submit a pro-trade proposal to downlist Zambia's elephant population to allow ivory stockpile sales and the exports of hunting products.

These include trophies, hides and leathers. The countries will furthermore make a recommendation to amend the existing listing for elephants in Botswana, Namibia, South Africa and Zimbabwe to allow stockpile sales at any future date.

These countries propose the listing of all African elephants on Appendix I of Cites, which would afford the highest protection.

On the backdrop of the upcoming meeting, conservation scientists and campaigners also recently penned a letter, seen by The Namibian, to Botswana president Mokgweetsi Masisi in response to the ongoing debate. In it, they said they wanted to offer scientific insights which could help improve the human-wildlife problem.

Although they do not proclaim their stance on reinstating ivory trade and elephant conservation hunting, they do agree that equitable solutions are needed to maintain rural communities and conserve elephant populations and ecosystems.

"Viewing conflict as the only inevitable outcome when elephants and people share land, encourages a confrontational approach that is likely to exacerbate problems for both," they wrote.

They recommended that Botswana develops wildlife corridors that facilitate free elephant movements, as this would supposedly reduce the pressure placed on one area by concentrating their activities.

"Elephants know where these corridors are and will readily use them, as long as they remain open and protected. It also allows ecosystems to benefit from the ecological and economic good that elephants provide," they noted.

Matt Collis, the Ifaw director of international policy and head of Ifaw's delegation at Cites, said in a statement that around 20 000 elephants per year are currently slaughtered for the illegal ivory trade, and countries must come together to protect them.

"Illegal and unsustainable wildlife trade, coupled with habitat loss and other human-made threats, has decimated many species so that they are now at a tipping point for future survival.

"It is vital, as the next conference of parties takes place, that countries come together to do all they can to protect some of our most vulnerable species," he added. 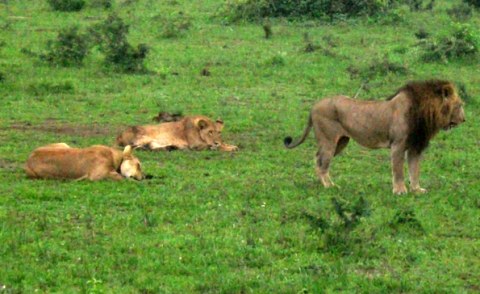 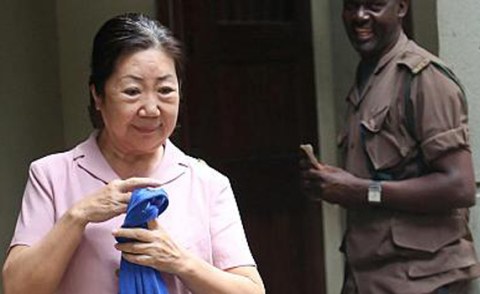 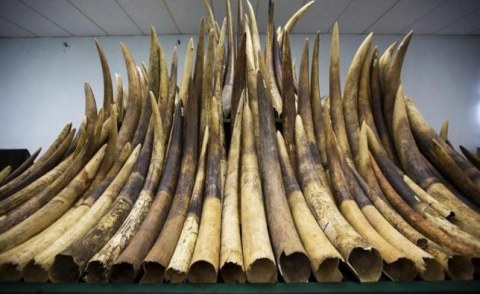 Uganda: Kony Surviving On Ivory Deals - Former Captive
Tagged:
Copyright © 2019 The Namibian. All rights reserved. Distributed by AllAfrica Global Media (allAfrica.com). To contact the copyright holder directly for corrections — or for permission to republish or make other authorized use of this material, click here.