Africa: AFRICOM Can Make Fishing Fair for Nations in its AOR (Area of Responsibility) 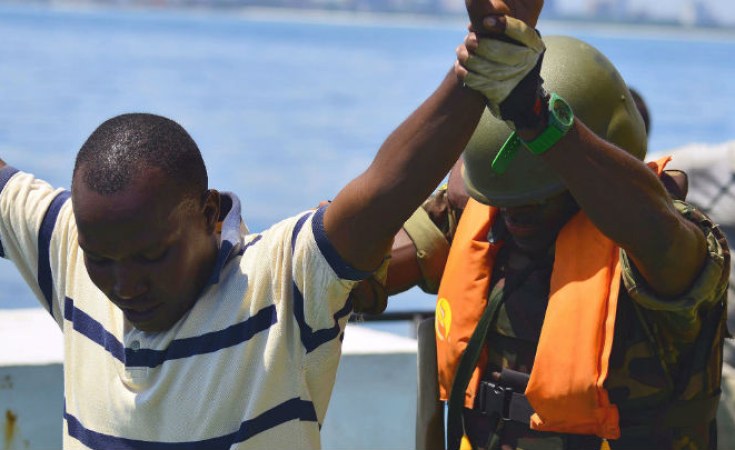 The world is quickly running out of seafood. The United Nations has found that 90% of all fisheries are either fully fished or overfished. For now, fish are plentiful in Africa's waters, a potentially sustainable source of protein and revenue for a region deprived of both. But much of that potential is being stolen by foreign fishing fleets engaged in illegal poaching, hamstringing African prosperity while creating new security crises.

U.S. Africa Command is aware of this issue. It should now consider assigning the problem higher priority. As the Trump administration begins to reformat its Africa strategy, putting an end to dangerous illegal fishing must be a top priority.

China is by far the most aggressive culprit, although fleets from the European Union and elsewhere are also stealing Africa's fish. With catches dwindling in its own waters after decades of irresponsible overfishing, the Chinese government is providing billions in subsidies for fishing crews to sail to Africa. There they freely plunder, covered by collusive relationships with local officials, a deliberate lack of oversight, perfunctory regulation, and sparse domestic and international resources devoted to protecting African seas.

The Africa Center for Strategic Studies (ACSS), a research faculty at the National Defense University, calls illegal foreign fishing "a threat to human security." Starvation is endemic in Africa, but with foreign fleets stealing its fish, Africa has become the only region where fish consumption is declining, according to the ACSS, threatening both lives and livelihoods: Fishing employs millions of Africans and generates billions of dollars in economic activity in impoverished nations. These generally-artisanal fisheries are simply outclassed by foreign rivals operating with impunity and armed with massive, government-subsidized ships.

Illegal fishing's role in piracy is another cause for concern. An African nonprofit, Stop Illegal Fishing, reports that foreign trawlers sabotage local fishermen by cutting their nets on the way to unloading enormous catches onto their mother ships. These local fishermen have increasingly resorted to piracy, as both a form of protest and a means to live — attacking not just fishing ships, but also oil tankers, chemical vessels, and more. It took years for an international coalition supported by the U.S. Navy to stem this piracy problem off the coast of Somalia. Thanks in large part to illegal fishing, West Africa's coast, and especially off Nigeria, has since become perhaps the world's most dangerous waters.
ADVERTISING

Smarter governance and oversight among African nations will be crucial to ending illegal fishing. Holding corrupt local officials accountable would be a good start. New international agreements should be forged to eliminate loopholes and foster genuine oversight. At a minimum, existing agreements between the EU and some African countries, like the Agreement on Port State Measures (PSMA) should be reevaluated and expanded. These accords, which limit catches and the number of boats operating at any one time, have worked well in territorial waters but have failed to protect fisheries in deeper waters, where foreign vessels avoid ports by using mother ships.

Yet without the resources necessary for maritime protection, there is little that African coastal governments can do to protect their waters. This is where the U.S. military could be especially helpful, and there is precedent. In 1978, USAID financed a project in Guinea-Bissau, Senegal and Mauritania in which the U.S. Coast Guard helped train and equip these governments to enforce fishing restrictions. These were not complex operations: Each country's navy had two patrol boats and two surveillance aircraft used to search for and confront illegal fishing boats. It ought to be possible to do something similar again, with even more impressive results.

Washington will need to act for AFRICOM to address this issue with the vigor it deserves. Diplomacy will also play a key role. "It is unlikely that foreign fishing would persist at its current intensity in Africa if subsidies were phased out," writes the ACSS. Washington ought to pressure foreign governments to end these subsidies, and instead invest in sustainable fisheries. Otherwise, this global food crisis will deepen, with dire implications for human security.

Herman J. Cohen is a former ambassador and adviser to presidents who served 38 years in the Foreign Service. He is president and CEO of Cohen and Woods International. This article was first published on July 31, 2019 by Stars and Stripes and is used by permission.

Previous Story
Eighty Years of U.S. Policy Toward Africa, Now in One Place
Next Story
The Roots of Sudan's Upheaval

The Roots of Sudan's Upheaval

Eighty Years of U.S. Policy Toward Africa, Now in One Place
Tagged:
Copyright © 2019 Stars and Stripes. All rights reserved. Distributed by AllAfrica Global Media (allAfrica.com). To contact the copyright holder directly for corrections — or for permission to republish or make other authorized use of this material, click here.