President Muhammadu Buhari on Wednesday inaugurated the new ministers who would be working with him in the next four years.

He appointed two ministers to run the Ministry of Health. Osagie Ehanire is the senior minister while Olorunnimbe Mamora is the minister of state.

Here are the profiles of the two new ministers.

Mr Ehanire is not new to the ministry as he served as the minister of state for health in the first term of President Buhari from 2015 to 2019.

Not new to the running of the current administration and the happenings at the ministry of health, the new minister is expected to continue the agenda he pursued with his predecessor, Isaac Adewole, which is the revitalisation of facilities in the sector.

He is a graduate of Medicine from the University of Munich. In 1976, Mr Ehanire attended the Royal College of Surgeon in Ireland, Dublin where he obtained a post-graduate diploma in Anaesthetics as well as a certificate in General Surgery and Orthopaedic Trauma Surgery.

He came back to work in Nigeria in 1982 and became a fellow of the West African College of Surgeons (FWACS) in 1984.

He worked at the Department of Surgery (Orthopaedic Surgery) University of Benin Teaching Hospital up till 1985 when he joined Shell Development Company (SPDC) Hospital, Warri from 1985 to 1990.

He also served at various times as a member of the Boards of Edo State Health Management Board and T.Y Danjuma Foundation among others.

He is also a seasoned politician as he was the leader of CPC in Edo State and a member of the Buhari Campaign Organisation after the emergence of APC.

The new Minister of State for Health, Adeleke Olorunnimbe Mamora, is a medical doctor and a politician representing Lagos State.

Mr Mamora was born February 16, 1953. He obtained a B.Sc Health Sciences, Bachelor of Medicine, and Bachelor of Surgery (MBBS) from the University of Ife, Ile Ife. He is a general practitioner.

Mr Mamora was a Senator of the Federal Republic of Nigeria who represented Lagos East constituency of Lagos State in 2007 as a member of Action Congress (AC).

He was a National Delegate for the National Republican Convention( NRC) in 1990 and Secretary Lagos East of the United Nigeria Congress Party (UNCP) in 1998.

In 2003, he was appointed the chairman of the Senate Committee on Ethics, Privileges and public petition.

Mr Mamora is an APC member. 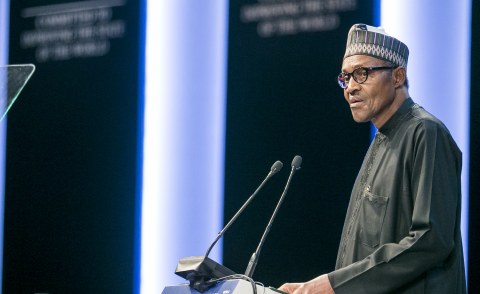 What Buhari Said During Meeting with New Cabinet Ministers

Ex-Nigerian Vice-President's Son Speaks on His COVID-19 Status
Tagged:
Copyright © 2019 Premium Times. All rights reserved. Distributed by AllAfrica Global Media (allAfrica.com). To contact the copyright holder directly for corrections — or for permission to republish or make other authorized use of this material, click here.