Africa: The AU's Role in Brokering Sudan Deal Offers Lessons for the Future 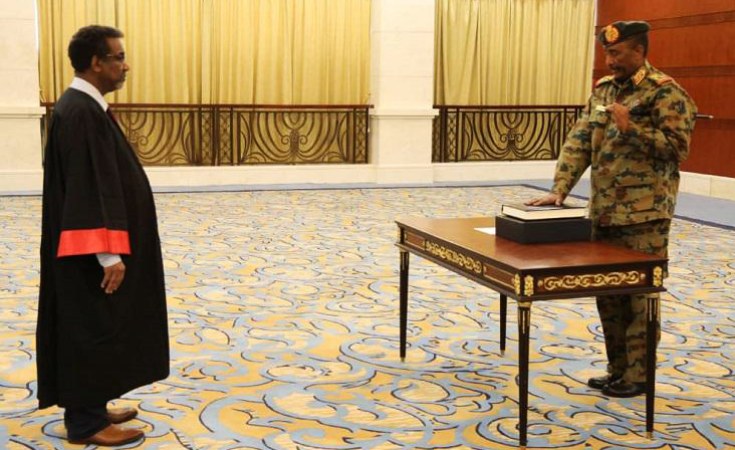 The African Union (AU) came into existence after a restructuring of its predecessor - the Organisation of African Unity (OAU). It was created to build an integrated, prosperous and peaceful continent.

While the AU has a clear mandate to deepen the process of economic and political integration on the continent, its predecessor was run on the principle of non-interference in the internal affairs of member states. This lessened its ability to resolve member states' internal disputes.

However, the OAU did originate some of the standards that are at the foundation of the AU's conflict resolution approach. One such standard is contained in the Lome Declaration which criminalises unconstitutional changes of government.

The AU now has a wider legal mandate for internal conflict resolution than its predecessor. This mandate is set out in its Constitutive Act and in its Peace and Security Council Protocol. But, the implementation of this mandate is still a work in progress.

But the AU has in recent days been rightly praised for using its regional laws to broker an agreement between the Sudanese military and the country's civilian movement. The agreement comes after months of conflict that followed the ouster of Sudan's despotic ruler Omar al-Bashir.

After al-Bashir was deposed, the military attempted to assume leadership of the country. It attacked protesters who were demanding that authority be transferred to a civilian administration. The attacks led to deaths and injuries.

The agreement, which was brokered with the help of Abiy Ahmed, the Ethiopian Prime minister, set out key conditions, including the following:

The AU's involvement has proven the usefulness of its regional laws in resolving internal disputes in member States. So how did it reach this point, and what lessons have been learned from its work in Sudan?

The military takeover that followed al-Bashir's removal from power amounted to an "unconstitutional change of government" which is prohibited by Article 4 of the AU's Constitutive Act.

This breach of regional law empowered Moussa Faki Mahamat, the chairperson of the AU Commission, to denounce the military's actions.

Following the official denouncement, the AU's Peace and Security Council adopted a decision stating that the actions of the Sudanese military amounted to an unconstitutional change of government. The Council is central to the AU's legal framework. It was set up to prevent, manage and resolve conflicts. Its April 2019 decision also reiterated the need for a civilian-led and consensual transition and demanded that the military hand over power within 15 days.

Failure to hand over power should have led to the automatic suspension of Sudan from the activities of the AU as provided by the Council's protocol. However, an extension of three months was subsequently agreed to allow for further negotiations.

In my view, the decision to grant the extension was problematic because it undermined the "automatic" nature of the suspension and allowed the military to continue attacks on civilians without repercussions. Due to lack of progress and escalating violence, the Council eventually suspended Sudan in June.

During the three-month notice period, the AU continued to engage with the key parties in the conflict. This happened even as the military continued attacks on protesters. Finally in July, the AU/Ethiopia mediation team convinced both parties to resume talks. This led to the signing of a constitutional declaration.

In the end, the AU's mediation was successful. But during the drawn out negotiations over a hundred people were killed and hundreds more injured. This begs the question: what could the AU have done differently?

While it is laudable that the AU's intervention in the Sudanese political crisis resulted in an agreement, there are lessons that should be learnt.

The most important lesson is regarding the implementation of the provision for suspension. The 15-day ultimatum that was originally given for the restoration of civilian rule is consistent with previous practice by the AU's Peace and Security Council.

The threat of imminent suspension could have incentivised the military to act more speedily towards a resolution within a shorter time frame. It could have prevented or reduced the violence that ensued in the following months.

In addition, the AU and its Council need to develop a concrete strategy for dealing with continuing violence in the course of negotiations. The Constitutive Act gives these bodies the power to directly intervene in member states where there is serious threat to legitimate order and a need to restore peace and stability. The means and method of implementation of this power is left to the AU under the law, but could include the deployment of peacekeeping forces.

I would argue that the Sudan crisis warranted direct intervention.

This is not to downplay the crucial role that the AU and the Council played in helping to resolve the Sudan political crisis. Indeed, the role played by the regional body underscores the importance of its legal order and institutions in conflict resolution in Africa.

Its success in this respect will instil confidence among member states. It will also bolster the AU's image as an effective and efficient organisation on the international stage.

Country Looks to the Future After New Sovereign Council Sworn in

Statement on the Formation of the Transitional Sovereign Council of Sudan

Sudan Names First Government Since Al-Bashir Ouster
Tagged:
Copyright © 2019 The Conversation Africa. All rights reserved. Distributed by AllAfrica Global Media (allAfrica.com). To contact the copyright holder directly for corrections — or for permission to republish or make other authorized use of this material, click here.

Why Big Brother Africa May Not Be Coming Back
Sustainable Development