Zimbabwe: Mphoko Hands Himself Over, Appears in Court and Is Granted Bail 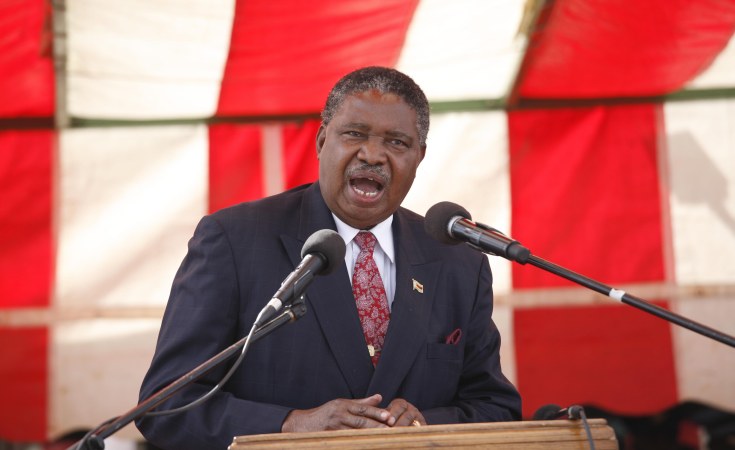 Corruption accused former Vice President Phelekezela Mphoko on Wednesday gave himself up to police and was immediately wheeled to court where he was granted bail.

Early this week the Zimbabwe Anti-Corruption Commission made a public announcement declaring former President Robert Mugabe's last deputy as a fugitive from justice after he reportedly dodged arresting details. Mphoko had agreed to a meeting with Zacc officials before reportedly taking off at high speed in dramatic fashion.

The former Vice President then issued a few statements from some hiding place claiming he was in danger of being poisoned if arrested.

In another statement Mphoko who is accused of criminal abuse of office relating to his 2016 stunt in which he stormed a police station in Harare to force the release of two senior Zimbabwe National Roads Administration (Zinara) officials claimed he had acted in accordance with a presidential decision that Mnangagwa had also used in forcing the release of a known Zanu PF youth leader.

Magistrate Magate granted Mphoko $1000 bail and ordered him to report at the Bulawayo Central Police Station Commercial Crime division every Friday from 6am to 6pm.

The former Vice President was also ordered to surrender his passport to the Bulawayo Clerk of Court as well as to reside at his plot 19 Douglsdale road until the case is finalised.

Mphoko was also ordered to report at court number 14 in Harare on the 4th of September 2019 for his trial.

Appearing for the State Thompson Hove told the court that during the period extending from 13-14 July 2016, Mphoko then Vice President stormed Avondale Police Station in Harare and allegedly unlawfully instructed some junior officers to release from cells, former Zinara acting chief executive officer, Moses Juma and his colleague Davison Norupiri. Ironically Juma nd Norupiri were at the time facing charges of criminal abuse of office.

Mphoko is alleged to have threatened to beat up junior police officers at the station if they fail to comply with his demands. Juma was later re-arrested and sentenced to two years in prison after being convicted of abuse of office. Norupiri escaped jail after turning State witness.

"The accused person being a public officer and by virtue of his position as vice president acted contrary to or inconsistent with his duties by showing favour to Davison Norupiri and Moses Juma when he unlawfully caused their release from public custody and caused their no-appearance in court .He acted unlawfully," Hove told the court.

Mphoko's case will resume in Harare on September 4th.

Outrage As Zimbabwe Engages Uganda in Fight Against Corruption
Tagged:
Copyright © 2019 New Zimbabwe. All rights reserved. Distributed by AllAfrica Global Media (allAfrica.com). To contact the copyright holder directly for corrections — or for permission to republish or make other authorized use of this material, click here.