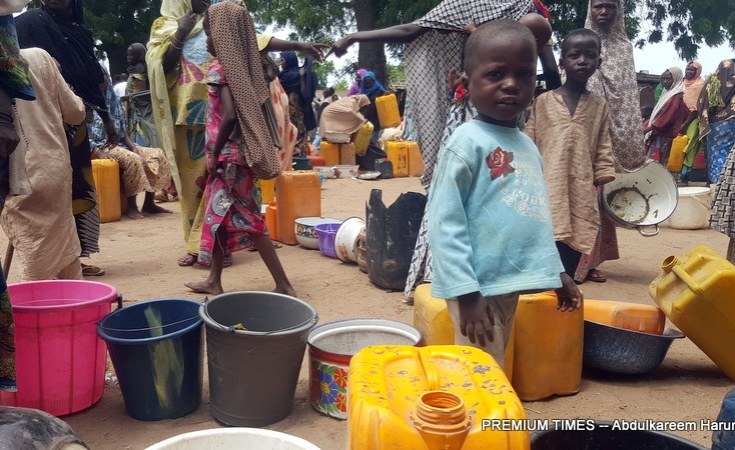 About 133 Nigerian refugees have returned from neighbouring Cameroon.

The returnees are part of the over two million Nigerians displaced by the Boko Haram insurgency.

Most of those displaced are within Nigeria, but several thousands are also living as refugees in neighbouring countries like Cameroon and Chad.

The 133 returnees touched down at the Yola International Airport aboard Nigerian Airforce C130 at about 5:00 p.m. local time on Thursday.

Officials of the National Commission for Refugees, Migrants and Internally Displaced Persons, said the refugees volunteered to return home on their own.

Speaking to journalists, the Director, Refugees and Migrant Affairs of the commission, Lawal Hamidu, said that the exercise was not "repatriation, but the refugees voluntary signed to return to their ancestral homes."

Some of the refugees described their experiences while in Cameroon as nasty, with one saying "life over there was difficult."

The Boko Haram insurgency in Northern Nigeria has led to tens of thousands of deaths since 2009. The three most affected states have been Adamawa, Borno and Yobe in North-east Nigeria.

The Boko Haram seeks to implement an Islamic caliphate in Northern Nigeria.