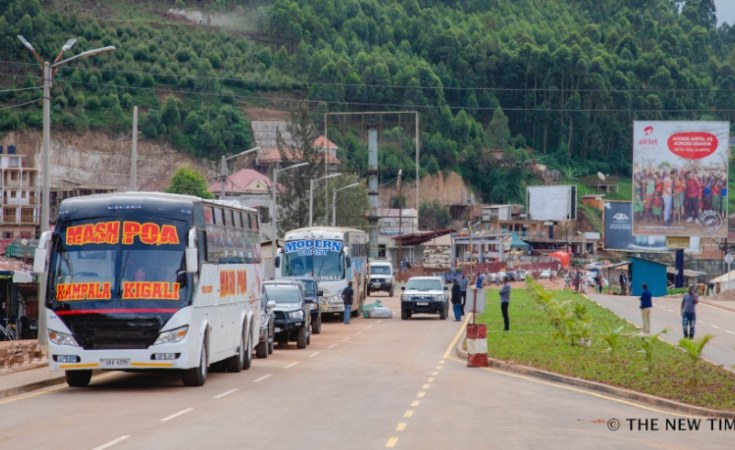 All Rwandans who were arbitrarily arrested in Ugandan should be freed in the spirit of the agreement signed Wednesday in Angola before the government of Rwanda lifts the travel advisory on Rwandans travelling to Uganda.

This was said by Olivier Nduhungirehe, the state minister for East African Community in an interview with The New Times on Thursday.

In March this year, Rwanda issued a travel advisory against Rwandan nationals travelling to Uganda, following series of abductions of Rwandans in different parts of Uganda that saw hundreds thrown into detention facilities without due process.

Many remain in such ungazetted detention facilities and have not been allowed consular nor familial visits, while others have been deported back to Rwanda.

The advisory significantly reduced the traffic at the border posts between the two countries.

During an agreement signed in Luanda between President Paul Kagame and his Ugandan counterpart, the two heads of state committed to working to normalise border activity, as one of the resolutions.

"The travel advisory notice will be removed as soon as all Rwandan citizens illegally detained in Uganda are released," Nduhungirehe told The New Times.

The Luanda deal facilitated by Angola and DR Congo was witnessed by Presidents João Lourenço of Angola, Félix Tshisekedi of DR Congo and President Sassou Nguesso of Congo-Brazzaville.

The MoU signed in Angola was expected to take effect immediately upon signature, as committed by the two heads of state.

Nduhungirehe said: "They [Uganda] were arresting them (Rwandans) on a daily basis. They should release all of them, without exception."

Nduhungirehe stressed that "all commitments made in the MoU must be implemented."

The commitments he alluded to include; respecting the sovereignty of each other's and of the neighboring countries; and refraining from actions conducive to destabilization or subversion in the territory of the other party and neighboring countries, thereby eliminating all factors that may such perception, as well as acts such as the financing, training and infiltration of destabilizing forces.

Kigali accuses Kampala of harbouring on its soil and aiding armed groups and individuals who head armed and hostile groups opposed to the Government of Rwanda including the RNC and FDLR.

Another important element in the Angola MoU that Kigali wants to be respected and implemented is to "protect and respect the rights and freedoms of the nationals of the other party residing or transiting in their national territories, in accordance with the law of that country."

Ever since relations between the two neighbours deteriorated last year, numerous Rwandans continued to be arrested in Uganda.

A number died in detention while others were lucky to be deported after months of slavery. Some of those lucky to return home narrated unbearable ordeals during captivity.

Before leaving the Angolan capital on Wednesday, the leaders addressed a press conference where Kagame reiterated that implementing the terms outlined in the MoU would be in the best interest for citizens of the two countries.

"We are not going to be found wanting in not only respecting the communiqué but also our brothers who have brought us together to reach this understanding," he said.