Zambia: Playing in Poisoned Dust - Being Outside is a Health Risk for Some of Zambia's Children 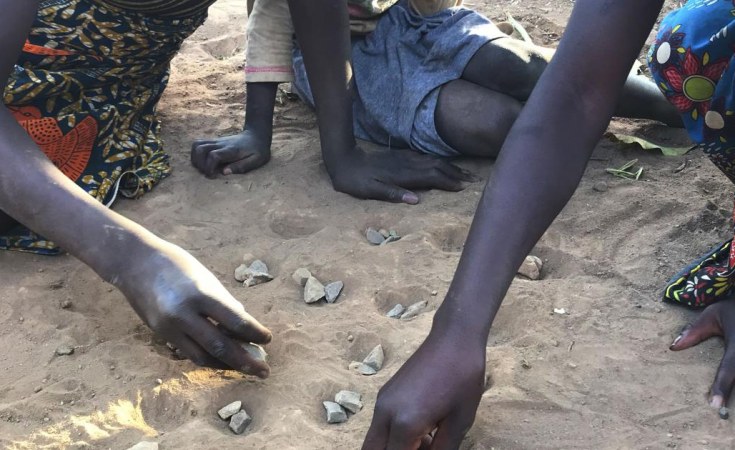 Thousands of children in Kabwe, Zambia, risk lead poisoning just by playing outside because the earth and dust are so contaminated. The source is a lead and zinc mine that shut down in 1994 but was never properly cleaned up or sealed off. Lead poisoning can lead to health issues ranging from learning disabilities to seizures or even death. Philippa Stewart spoke to researcher Joanna Naples-Mitchell about the implications for families living in Kabwe – where the soil in contaminated neighborhoods has some of the highest lead levels in the world.

How did you first become aware of the problem in Kabwe?

We learned about it from an environmental group several years ago but became interested in doing our own research after seeing a young person from Kabwe speak at a United Nations event. Lead is in the soil and dust, and children in Kabwe have some of the most severe cases of lead poisoning in the world. About a third of Kabwe includes lead-contaminated neighborhoods that are home to roughly 76,000 people.

How do you know that Kabwe has one of the most severe contamination levels in the world?

Human Rights Watch isn't a scientific group, but a number of reputable academic and scientific studies from as recently as this year have already been done by others in Kabwe that show the lead levels in soil, and also in children's blood.

Why are children specifically at risk?

Lead contamination can be toxic for both children and adults, but it has particular effects on children because their bodies are still growing and their brains are developing. Their bodies absorb as much as four to five times more lead than adults.

Children are also much more likely to be playing in the ground or in the soil, and that's where the lead is. They are more likely to ingest lead if it is on their fingers or if they are eating food outside.

What are the symptoms?

According to medical experts, symptoms can be as severe as coma, seizure, or even death. Short of that, symptoms include severe stomach pain, severe headaches, memory issues, concentration issues, and learning difficulties in school. Lead poisoning can also lead to stunted growth.

When you went to Kabwe, did you meet children and adults displaying these symptoms?

We met a number of people who wanted to speak to us, including some children who had severe stomach pain, headaches, and memory and concentration issues. Many of those children had been tested by the government in the past and found to have high lead levels in their blood.

Does that mean they had lead poisoning?

Those symptoms are consistent with lead poisoning, but because we are not medical doctors or experts, we can't say whether they are from lead poisoning.

The most important thing is that existing studies show large numbers of children in Kabwe – more than 50 percent – have extraordinarily high lead levels in their blood, which means regardless of their external symptoms, they could be experiencing severe internal effects that are invisible.

What difficulties did you face doing this research?

There is a lack of good public records showing what percentage of Kabwe is affected by lead. There has been periodic testing by the government since the 1990s, but that only included hundreds or maybe a few thousand people. There are likely tens of thousands of people who have been affected by lead. It was hard for us to access documentation on the scope of the problem.

That said, the World Bank – which recently provided funding to the Zambian government to further address this issue – notes in its documents that there are over 76,000 people living in contaminated areas, so that's the benchmark we use.

There are children playing throughout the neighborhood, sitting on the ground, playing games, eating outside. There is really very little parents can do to protect them from the threat in the environment.

We met one father who wouldn't let his baby play outside or crawl on the ground because he wanted to protect him.

One girl, who was about ten years old, had extraordinarily high lead levels when she was tested by the government during a previous World Bank project. She also had such severe stomach pain that she had to miss school.

Families throughout Kabwe have to live with this uncertainty, seeing that their kids are sick without knowing if the symptoms are from lead poisoning or if they can help them.

Can you talk more about the World Bank project?

In December 2016 the Zambian government launched a new World Bank-funded project designed to address cleanup of the mining site as well as testing, treatment, and education of people in the areas. This is a follow-up to a previous project that ran from 2003 to 2011 that didn't sufficiently address issues.

What has been done so far?

Not a lot that community members have seen. We have been in touch with several government ministries, and they said the cleanup project faced a lot of bureaucratic obstacles to get off the ground, which is part of the reason it had been delayed.

They say that there will be visible results by the end of the year.

Does the government understand the extent of the issues?

It does seem that the government takes this issue seriously. But they have also indicated they don't have sufficient resources to address the scope of the problem.

We would say that the government has a responsibility to fully address the contamination because this is a human rights issue. If it does not currently have sufficient resources, it should prioritize making a concerted effort to secure them.

Where is the lead coming from?

The mine has contaminated the soil. Because Kabwe is very dry for much of the year there's a lot of lead in dust that blows around and gets in people's homes. Lead contamination has been found in homes and back yards, in at least one school, in roads which in some parts are unpaved, and in a health center.

A full cleanup effort would have to address all of these sources of contamination.

What about the mine that caused the contamination?

The mine closed in 1994 but was never properly sealed off and piles of waste are still there. There's not even a wall or fence around the mine. It continues to be a source of contamination, since the wind blows more lead dust into the community. People with no other way to make money also go there and work as small-scale miners, and this leads to more exposure as they can bring lead dust back on their clothes and shoes.

The government is aware this mining is taking place and the new World Bank project includes creating new livelihood opportunities for people.

How should the contaminated neighborhoods be cleaned up?

Cleanup isn't simple, but there are different models that have been tried in Kabwe and elsewhere.

In one neighborhood an NGO [nongovernmental organization] put a cloth membrane on the contaminated soil and then put new soil and grass on top. They also used a special vacuum in homes to remove lead particles and put cement doorsteps in place. This seems to have been pretty effective, but it can't eliminate the threat of road dust or people bringing the lead dust from their clothes into their home. It's not a long-term solution without parallel measures to address other sources of lead exposure.

We leave it to the government to determine what the best model is.

Who should be tested?

Children under five are the greatest priority and should all be tested. But then everyone in Kabwe also has the right to testing. Lead can be transmitted through the placenta or breast milk so pregnant women and new mothers also should be a priority for testing.

Does everyone who has lead in their blood need treatment?

According to medical experts and various studies, different lead levels require different treatment. Anyone with extremely high levels of lead should be considered for a treatment that removes lead from the blood stream, called chelation therapy. That can be in the form of pills or injections.

Below that level, the best treatment would be nutritional supplements and monitoring.

Also, no matter what the level is, someone who receives treatment for lead poisoning should not be returned to a lead-contaminated environment.

In an ideal world, what should happen now?

All homes, schools, health centers, and public spaces should be cleaned. The old mine dump should be fully closed and sealed, and the waste properly disposed – as has been done in some old lead mines elsewhere. The roads should be paved and maintained to contain the lead dust, and the government should set up a permanent system of testing and treatment.

This interview has been edited for length and clarity.
Melanie Hung contributed to this interview. 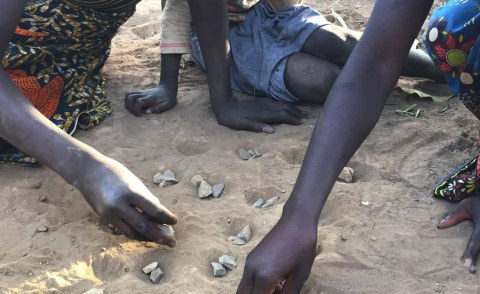 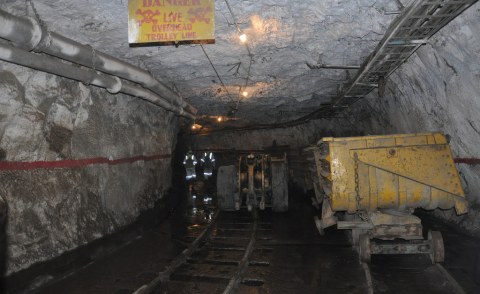 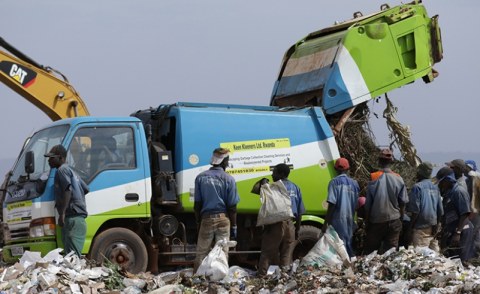 Kigali Leads Continent in 'Smart' Waste Management Systems
Tagged:
Copyright © 2019 Human Rights Watch. All rights reserved. Distributed by AllAfrica Global Media (allAfrica.com). To contact the copyright holder directly for corrections — or for permission to republish or make other authorized use of this material, click here.