Somalia National Army Get the Youngest Commander in History 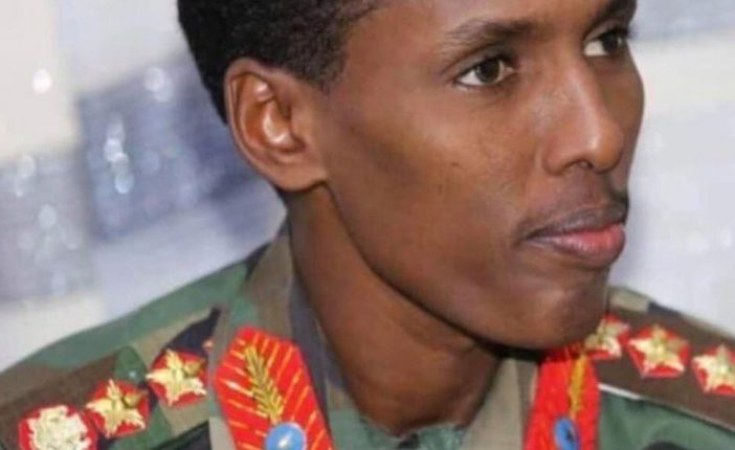 President Farmajo has appointed a youthful Odowaa Yusuf as the commander of the Somalia National Army. This is the latest appointment in the last 22 months in which he has been moved to senior positions within the military.

His appointment makes him the youngest ever commander in the military at just 32, having been born in 1987.

When Siad Barre regime fell, he was just 3 years old. He was born in in Aadan Yabaal District in Middle shabelle region.

Between 2002-2005 he attended his secondary education in Mogadishu after which he joined the army in 2007. He attended military training in Uganda for one year where he underwent studies in VIP protection. He later became and instructor to new recruits sent to Uganda.

In 2009, he went to Sudan for further training . A year later he retuned home as a one-star general and attended a 45 day seminar at Haama dhowr school in Mogadishu.

He later became the deputy leader of the Villa Somalia Protection Unit later rising to be the leader of the unit. This close proximity to the presidency must have endeared him to the center of power.

In 2013, he was once again sent for training in Turkey in what was deemed to be the highest training in the military ranks. He returned to several promotions and postings. In 2014, he retuned to the Turkish Army War Collage where he stayed till 2016.

Some of SNA Soldiers Are Fleeing to Join Al Shabaab, Says Minister

Al-Shabaab Targets Somali's Member of Parliament's Convoy
Tagged:
Copyright © 2019 Dalsan Radio. All rights reserved. Distributed by AllAfrica Global Media (allAfrica.com). To contact the copyright holder directly for corrections — or for permission to republish or make other authorized use of this material, click here.

Museveni Sworn In, Vows to Ensure Welfare of Ugandans
Aid and Assistance