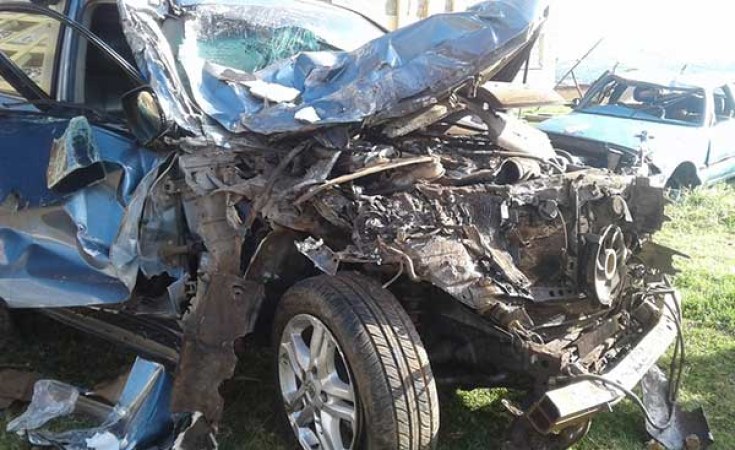 Rudisha miraculously survived the horror accident but his car was extensively damaged.

"I am well and unhurt from this morning's accident. Thank you for your prayers and concern. And above all I thank God for keeping everyone else involved safe," Rudisha said on Sunday afternoon.

He also thanked all the first responders who rushed to the scene of the accident to help him.

"A special thank you to the other road users who rushed to the scene to help me out of the car after the incident," he said.

According to several witnesses, Rudisha was driving his Toyota V8 when it collided head-on with a commuter bus.

"I'm told he's okay. He has been X-rayed and cleared as safe with slight leg injuries. He's now making a statement at Kilgoris Police station," a source who spoke to Nairobi News just after the accident had said.

Last week, Ikolomani lawmaker Benson Shinali and his family also survived a road accident while driving t Nairobi after the burial of his son.

Former AFC Leopards chairman Felix Shitsama wasn't as lucky. He lost his life in a road accident along the Nakuru-Eldoret highway.

David Rudisha Hurt After Car Collides With Bus Near Keroka 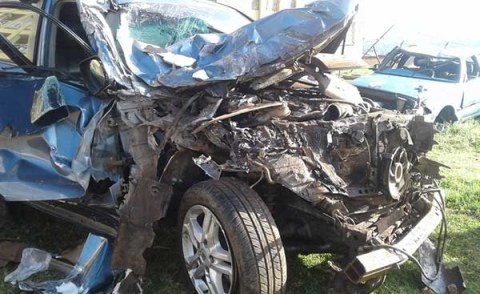 Kenyan Olympics Champ Rudisha Speaks Out After Surviving Crash
Tagged:
Copyright © 2019 Nairobi News. All rights reserved. Distributed by AllAfrica Global Media (allAfrica.com). To contact the copyright holder directly for corrections — or for permission to republish or make other authorized use of this material, click here.