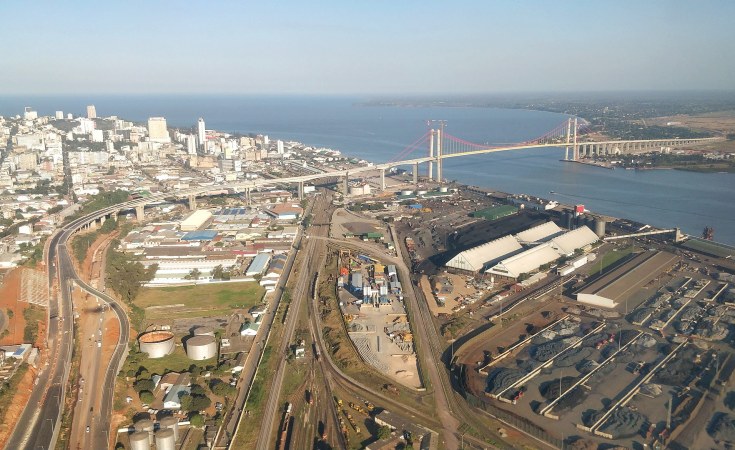 Maputo — The Board of Directors of the Export-Import Bank of the United States (EXIM US) has voted to notify the US Congress of its consideration of a five billion dollar loan to support the export of US goods and services for the development of the liquefied natural gas (LNG) project on the Afungi Peninsula, in Palma district, in the northern Mozambican province of Cabo Delgado.

Congress has a 35 day period to consider the proposal, after which it may go before a final vote by the EXIM US Board. Members of the American public may also provide comments by 16 September.

An EXIM US press release says "if finally approved, the transaction would support U.S. exports of goods and services for the engineering, procurement, and construction of the onshore LNG plant and related facilities. These U.S. exports are facing direct competition from financing offered by foreign export credit agencies".

EXIM US estimates that the five billion dollar loan "could support an estimated 16,400 American jobs over the five-year construction period. Through follow-on sales, thousands of additional jobs may be generated across the United States".

The release adds that "through fees and interest earned, the transaction also could create more than 600 million dollars in revenue for U.S. taxpayers".

The borrower would be the Mozambique LNG1 Financing Company, whose owners include the Anadarko Petroleum Company, which heads the consortium developing Area One of the Rovuma Basin, including the construction of the gas liquefaction factories on the Afungi Peninsula. Anadarko was recently purchased by another US company, the Occidental Petroleum Corporation.

The release adds that the loan, if approved, "would further the Trump Administration's Prosper Africa Initiative, a whole-of-government economic initiative to substantially increase two-way trade and investment between the United States and Africa".

Prosper Africa, it adds, "brings together the resources of more than 15 U.S. government agencies, including EXIM, to unlock opportunities to do business in Africa and advance American and African prosperity and security, support jobs, and demonstrate the superior value of transparent markets and private enterprise for driving growth".

The release cites the US Secretary of Commerce, Wilbur Ross, who sits on the EXIM US Board, as saying "With the backing of the Trump Administration, U.S. investment in Africa has taken on a new urgency. This critical project is not only a win for American companies and workers, supporting over 10,000 jobs in the United States, but also for the people of Mozambique as well."

U.S. Trade Representative Robert Lighthizer claimed "America's energy companies offer the best goods and services in the world. I am pleased that, with this vote by the EXIM board of directors, 'Made in the USA' products are poised to play an important role in the development of this important energy resource."

EXIM US describes itself as "an independent federal agency that promotes and supports American jobs by providing competitive and necessary export credit to overseas purchasers of US goods and services".

It claims that it "contributes to US economic growth by helping to create and sustain hundreds of thousands of jobs in exporting businesses and their supply chains across the United States".