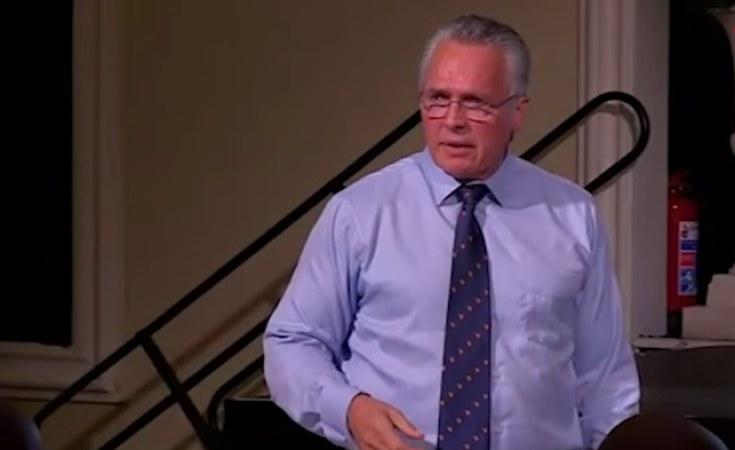 The Democratic Alliance has called for a "thorough and transparent" police investigation into the death of Bosasa CEO Gavin Watson.

Watson's death was confirmed earlier on Monday after a car accident near OR Tambo Airport in Johannesburg. A case of culpable homicide was opened by police.

"The police need to probe the circumstances leading up to the fateful accident involving the Bosasa boss, whose company has billions of rands worth of tenders with the government and has channelled millions of rands into the coffers of the ANC in general and specifically the campaign of President Cyril Ramaphosa," DA spokesperson Solly Malatsi said in a statement.

Malatsi further warned that Watson's death could affect the work of the Zondo commission of inquiry.

"The death of Gavin Watson may have a material impact on the work of the Zondo Commission of Inquiry into State Capture, it is therefore vital, given SAPS stating that a case of 'culpable homicide' has been opened, that even a whiff of foul play is dispelled by a thorough and transparent investigation by the SAPS.

"This is to ensure that other witnesses are not intimidated by this incident and for the commission of inquiry to conduct its work without fear or favour."

Angelo Agrizzi, Bosasa CFO, spilled the beans on the company's alleged shady dealings with government at the inquiry earlier this year, and implicated Watson in those deals.

"Angelo Agrizzi's testimony, as well as the revelations by DA leader Mmusi Maimane of the cosy and potentially corrupt relationship Bosasa has with the ANC and Ramaphosa, indicate that Gavin Watson had a lot to say before the Zondo commission of inquiry," Malatsi said.

He was referencing a now infamous question-and-answer session in Parliament, where Maimane posed a question to Ramaphosa on funds that had allegedly been paid by Bosasa into his son's account.

The funds were in fact paid to Ramaphosa's ANC presidential campaign.

"We call upon the SAPS to take the nation into its confidence once an investigation into the death of Gavin Watson is completed."

Previous Story
ANC Mourns Gavin Watson, Calling Him a 'Brave, Anti-Apartheid Activist'
Next Story
Gavin Watson Had R70 but No Cellphone With Him When He Died

More Bombshells at South African State Capture Hearings
Tagged:
Copyright © 2019 News24Wire. All rights reserved. Distributed by AllAfrica Global Media (allAfrica.com). To contact the copyright holder directly for corrections — or for permission to republish or make other authorized use of this material, click here.