Africa: It's Time to Break the Deadlock Over Africa's Ivory Trade - Here's How 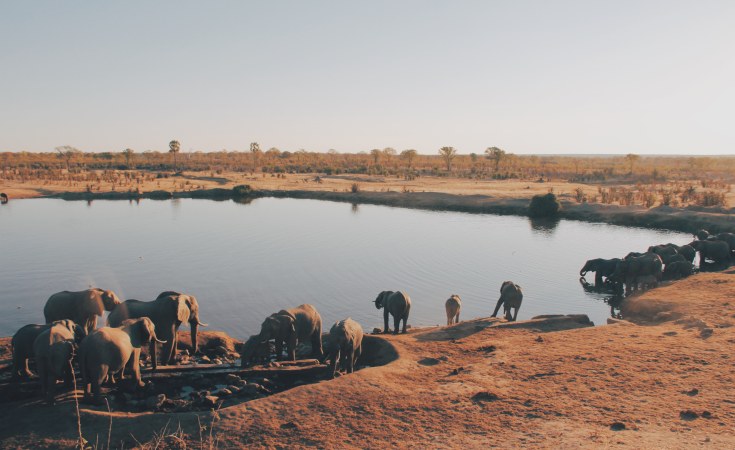 Fierce debates over ivory have dominated the global conference for the international trade in species for 30 years, since the first international ivory ban was instituted in 1989. This is no different at the 18th Conference of the Parties to the Convention on Trade in Endangered Species of Wild Fauna and Flora (CITES) wrapping up in Switzerland this week.

At CITES, 183 countries who are signatories to the treaty decide on which of 36 000 listed species should be traded, or not. This is to ensure that their survival and conservation is not threatened.

The variety of experiences people have of elephants underlie the debates on whether ivory should be traded or not.

On one hand, countries that have large numbers often view elephants as a threat to the communities that live close to them. These are large, potentially dangerous, animals that can affect people's livelihoods and lives.

This explains why countries like Botswana, Zimbabwe, South Africa, Zambia and Namibia - which host about 70% Africa's elephants - are behind efforts to get a CITES agreement on a legal and highly regulated trade of ivory. Their proposals to trade say that proceeds would be used exclusively for elephant conservation and community development programmes.

The pro-trade perspective is that tourism revenue isn't enough to finance elephant conservation and provide adequate benefits to the communities that live with them.

On the other hand, most other African countries strongly oppose any form of legal trade. They back a complete ban in trade. These countries argue that any trade legitimises the purchase of ivory, putting their own elephant populations at risk of increased poaching. But many of these countries have few, or even no, elephants.

This deadlock over ivory has created huge tension between conservation stakeholders and countries with the majority of African elephants.

It has also led to animosity between African countries and other groups that should be working together for elephant protection. Zimbabwe for instance, home to over 80 000 elephants, indicated it could withdraw from CITES. The government argues that other countries continue to prescribe how the Zimbabwe should manage its own animals - a view supported by other southern African nations.

The vicious debates over ivory take up a considerable amount of time and energy at CITES. This means there is less time to focus on other critically endangered taxa - like orchids - that do not get the attention they deserve.

A new approach is urgently needed in which African countries with wild elephant populations develop workable solutions in a less confrontational manner.

It's important to build a way forward using experiences from the successful resolution of conflicts - like those in South Africa and Colombia - and tensions over managing climate change.

In these experiences, the key stakeholders came together multiple times over several years. This enabled them to better understand their differences and develop workable solutions in a less confrontational manner.

Central to the approach would be to move away from the antagonistic issue of ivory as the central point of debate. Discussions should instead focus on agreed objectives. For instance, the global importance of the conservation of elephants and the rights, benefits and incentives to the custodians of elephants - the communities and countries where they live.

Focusing on communities is key. It's also a position that is supported by extensive research, for instance Nobel laureate Elinor Ostrom's paper showed how providing a voice, rights and ownership to rural communities is key to the sustainable conservation of the environment and wildlife - like elephants.

One example of this includes Nepal's approach whereby communities can get up to 50% revenue from visitors to world-famous national parks, like Chitwan.

Another example is Namibia's communal conservancy programme where communities are given rights over wildlife. This includes the right to earn revenue with tourism partners and through hunting.

Dialogues between key parties should be initiated soon so that they can take place in the buildup to the next Conference of the Parties in 2022.

These small group discussions may reveal solutions - like a commitment by global bodies and NGOs - to provide an alternative equally valuable revenue source to replace ivory. These solutions could potentially be linked to protecting elephants and their habitats, like savannas and forests, from degradation or destruction and at the same time provide global climate benefits.

Decisions at CITES Conferences of the Parties are made with votes, in halls filled with thousands of people and journalists. This does not create a good environment for deeper dialogue over contentious issues like ivory ((ADD REF)).

But countries can propose smaller discussions and working groups. As the CITES conference enters it last few days this week, it is urgent that African countries with elephants, as the ultimate custodians, take the lead in spear-heading and taking ownership of these processes.

It can eventually provide the example of dealing with the tensions over other iconic species - like rhinos - to the benefit of all CITES-listed species.

Previous Story
Ivory Trade - Cites Fail to Back SADC Again
Next Story
To Trade or Not to Trade? The Ivory Question

To Trade or Not to Trade? The Ivory Question

Namibia and Botswana Threaten Divorce From Wildlife Treaty
Tagged:
Copyright © 2019 The Conversation Africa. All rights reserved. Distributed by AllAfrica Global Media (allAfrica.com). To contact the copyright holder directly for corrections — or for permission to republish or make other authorized use of this material, click here.

France to Carry Out Major Overhaul of its Sahel Operation
Conflict