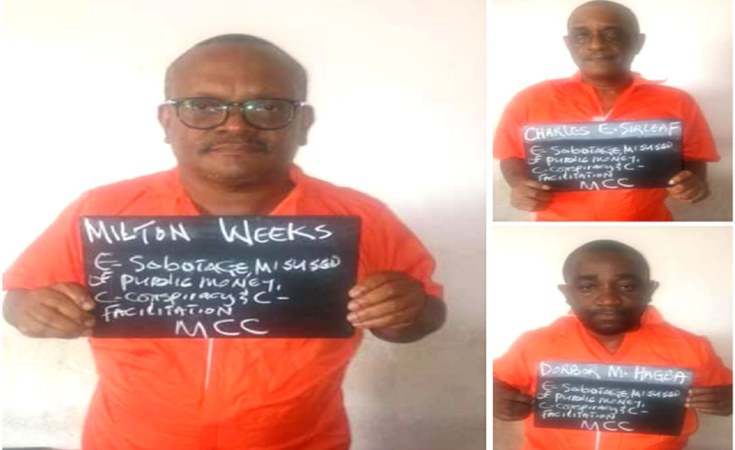 Former Central Bank of Liberia (CBL) Executive Governor Milton A. Weeks and others have been ordered to file LD$1,058,000,000 bond each for money laundering, after their request to be bailed out on account of previous bonds filed in an ongoing economic sabotage trial was dismissed.

The new criminal appearance bonds of LD$1,058,000,000 demanded from each of the five defendants which when combined total LD$5,290,000,000 come as a result of a new indictment for money laundering filed against them last week, prompting their arrests and detentions.

On grounds of medical issues, former President Ellen Johnson - Sirleaf's son and Deputy CBL Governor Charles E. Sirleaf and co-defendant Joseph Dennis are in their lawyers' custody, with instruction for them to file LD$1,058,000,000 bonds each within one week for the charge of money laundering.

Presiding Criminal Court "C" Judge A. Blamo Dixon on Monday, 26 August consolidated the two indictments and ordered the clerk to read them to the accused to ascertain their pleas.Defendants Sirleaf, Weeks, Dennis, DorborHagba and Richard Walker were indicted on 4 March this year for economic sabotage, criminal facilitation and criminal solicitation.

They were made to file their respective bonds in the first case, but while the trial was ongoing, prosecution again indicted the defendants on 14 June, this time for alleged money laundering.These top CBL officials are being held to give account for their alleged roles in Liberia's alleged LD$16bn scandal that rocked the country throughout 2018 and sparked local and international investigation following protests here.

During the time of the alleged crimes, Mr. DorborHagba worked as CBL's Director of Finance Department; Richard Walker as Director for Operations; and Joseph Dennis as Deputy Director for Internal Audit.

The five defendants were rearrested Tuesday, 20 August for money laundering at the Temple of Justice where they had gone for a hearing of the economic sabotage case.

As a result of the second indictment, the accused filed a motion asking the Court to extend existing criminal appearance bonds to the additional charge of money laundering.Additionally, co-defendant Joseph Dennis' lawyers filed a different motion to bail him out on medical grounds, which the Court has granted and gave him one week to file LD$1,058,000,000.

Judge Dixon notes also that earlier on 20 August, Charles E. Sirleaf had been released from further detention on medical grounds.Ruling on the defense team's "motion to extend existing criminal appearance bond to additional charge of money laundering" and prosecution's resistance to it, Judge Dixon indicates that the motion is unprecedented and contrary to the practice here.

The defense team has taken exception to the judge's decision. Arguing for the defense, Cllr. Abrahim Sillah says requesting new bonds from the defendants amounts to putting an undue burden on the accused.

He laments that the indictees have surrendered their passports and travel documents to the court, adding that there is no report that they have violated the stringent measures imposed on them, including being barred from leaving the country and an order to report regularly to the sheriff, among others.

Further, Cllr. Cephus asserts that the defense did not cite precedence of what case in which an existing bond has been extended to another indictment.He insists that the State is injured, and therefore the issue of defendants surrendering their passports to court is not enough.

The case is now moved to regular trial, and the defendants have pleaded not guilty to the charges after being arraigned. 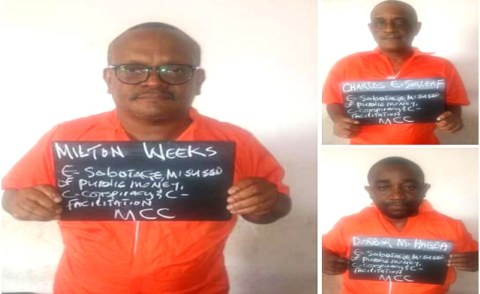 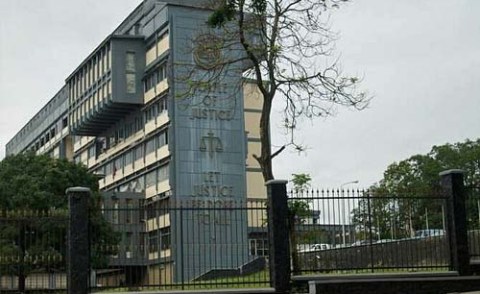 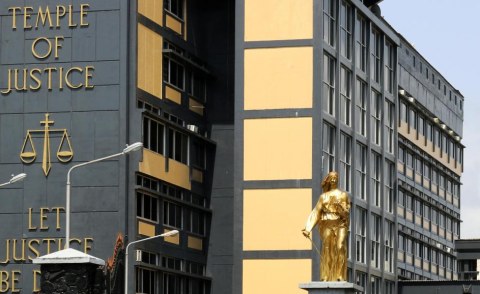 'No Mercy' for Suspects in Liberia's Missing Millions Case
Tagged:
Copyright © 2019 The New Dawn. All rights reserved. Distributed by AllAfrica Global Media (allAfrica.com). To contact the copyright holder directly for corrections — or for permission to republish or make other authorized use of this material, click here.