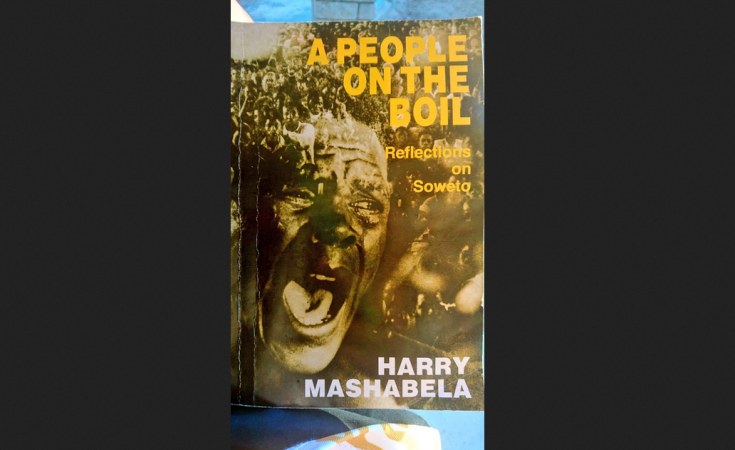 Supplied
The cover of "A People on the Boil" by Harry Mashabela.
South African National Editors' Forum (Johannesburg)
press release

The South African National Editors’ Forum (SANEF) mourns the passing of veteran journalist, writer and researcher Harry Mashabela who died on Friday, August 24th 2019 after a long battle with cancer.

Mashabela will be remembered as one of the journalists who was a thorn in the flesh of the then Apartheid government. He was a reporter for the Rand Daily Mail and was arrested together with many seasoned journalists in the country, under Section 6 of the Terrorism Act on Thursday, 29 July 1976 up to 1977.

Prior to that, in March 1963 he was sent by Drum Magazine to Europe to do a story titled: Exodus of African Students from European universities because of the racism in Europe in general. He spent three months researching the story in London, Frankfurt, West Berlin, Vienna and Paris. He was awarded the Parvin Fellowship by the Woodrow Wilson School of International Affairs and spent the 1964-65 academic years studying at Princeton University in New Jersey, USA.

Mashabela worked for, among a number of newspapers, The Star, Golden City Post, the Financial Mail and the Rand Daily Mail.
He was the author of a number of books including the “Townships of the PWV, a People on the Boil” (1988) and “Mekhukhu: Urban African Cities of the Future” (1990) and he penned numerous articles.

May his soul rest in peace.

Tagged:
Copyright © 2019 South African National Editors' Forum. All rights reserved. Distributed by AllAfrica Global Media (allAfrica.com). To contact the copyright holder directly for corrections — or for permission to republish or make other authorized use of this material, click here.