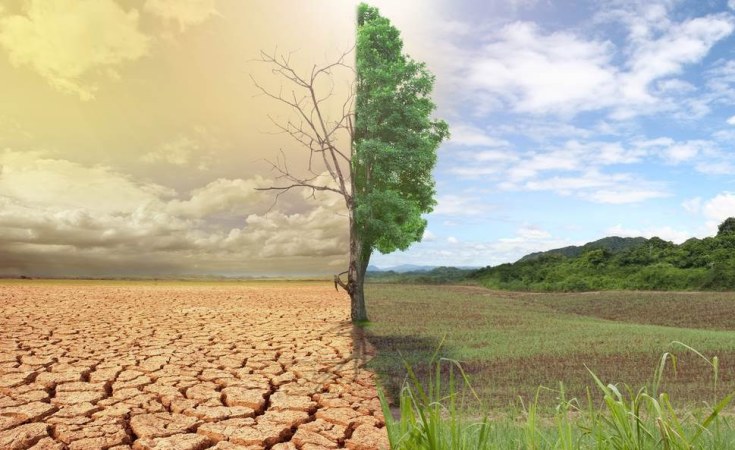 While changes to environmental policy on the national level happen at a glacial pace, cities can quickly implement positive strategies, if there is citizen buy-in.

"The future is in the cities" is a favourite refrain of Jeffrey Sachs, director of the Earth Institute at Columbia University. His logic is pretty straightforward. Cities use 78% of the world's energy and produce 80% of its gross domestic product. Half of the world's nearly eight billion people already live in cities. This share will only increase, especially on our continent. China has 160 cities with a population of over one million people in each but even that population behemoth doesn't match Africa for the rate at which people are moving from the countryside into the cities.

The World Bank calculates that six cities on this continent will have a population over 10 million each by 2030; those cities being Cairo, Lagos, Kinshasa, Luanda, Dar es Salaam and Johannesburg/Pretoria. This means that cities are the place where climate change will be solved, one way or another. The concentration of people in cities tends to create incredible pressure, which either leads to speedy advances - think rapid bus roll-out in Tshwane and Cape Town - or quick collapse, such as people dying in parts of Alexandra in Johannesburg when the Jukskei River floods.

Right now, cities in most of the world (Singapore and some in China are exceptions) have been built haphazardly. Johannesburg has been torn down and rebuilt numerous times; after fires or a change in regime. Each incarnation of the city was meant to reflect the style of the time and what people thought was important: wide lanes for horses and carriages, mine dumps for the waste from gold mining or skyscrapers to show financial wealth. All of this has meant covering the city with cement and tar. This has transformed its rolling grasslands into an urban heat island, where the buildings trap and reflect heat, and raise temperatures by between 2°C and 6°C more than the surrounding countryside.

In South Africa, there is the added design feature of apartheid spatial planning, which put communities that weren't white far away from city centres, normally downwind of mines and factories. White people lived in leafy suburbs with lots of parks, while many black, Indian and communities of people apartheid defined as coloured contracted asthma and had to live with toxic dust blowing through their homes.

In the south of Durban, people have lived next to oil refineries for decades. Research by the Universities of KwaZulu-Natal and Michigan found that children attending schools in the area are 40% more likely to suffer from respiratory problems than children at schools just 10km away. In its own work, the Gauteng City-Region Observatory (GCRO) found that the people most vulnerable to climate disasters (such as flooding and storms) were those living in the province's rapidly growing periphery. With one and a half million people predicted to move to the province by 2025, and poor preparatory planning, these areas already have little in the way of resilience.

Research by the International Energy Agency shows that people in cities in the United States have a lower carbon footprint than the average for the country as a whole. This is because cities are more efficient in the way they use resources, with the concentration of people and business reducing energy use. In China, however, the average carbon footprint in cities is higher than in the countryside, because its rural areas are still developing and people don't have access to many resources.

This scenario is the same here in South Africa. People are drawn to cities because they often offer better access to services and economic opportunity than the countryside. Even though farms and dams in rural provinces supply cities, the relationship is one-sided. South Africa's complicated water system, with a dozen dams and hundreds of kilometres of pipelines, transports water from the Drakensberg mountains to metros in Gauteng and the Free State. On the way, it passes communities that don't have water. Cities stick their roots into the countryside and suck in resources, offering little in return.

But things can change. Cities are smaller than countries, so they are more nimble, while they also have big economies. Whereas a government might take years to work out how to best roll out renewable energy, a city can dedicate budget in the next financial year and get to work. The power of cities is so great that, on their own, a coalition of cities in the United States has responded to Donald Trump pulling out of the Paris Agreement on climate change, by doubling down on reducing their own emissions. From San Francisco to New York, their efforts will enable the country to meet 40% of its emissions reduction pledge (under its now redundant Paris commitment).

These cities are part of C40 Cities: a global alliance of 80 cities, containing 550 million residents and making up a quarter of the world's GDP. The organisation's tagline is that "cities will shape our future". Johannesburg, Cape Town and Durban are all members, and Johannesburg hosted the 2016 annual meeting of C40 Cities. The organisation is at the forefront of shaping a climate-friendly future. The plans for South Africa's big cities are roughly the same: roll out more public transport to fix the spatial divide created by apartheid, while ensuring new buildings use less energy and are kinder to the environment, and create more green spaces such as wetlands and parks. Johannesburg is looking to add to its urban forest of 10 million trees, put solar panels on all of the municipal buildings that it owns, and support urban greenhouses on unused rooftops. Cape Town wants to create artificial wetlands while Bloemfontein is putting tiny motors inside its water pipelines so that the moving water can create energy. Each one of these steps, in each city, is looking to reduce energy use and create more resilient communities.

For smaller cities and towns which have less capacity, the South African Local Government Association (Salga) has a handbook laying out possible future-proofing plans. It covers things from how to communicate climate change to communities, to ways of finding partners to work with to do things such as learn more about the impact that climate change will have on communities. The CSIR's Green Book maps out the possible climate scenarios for every town in the country and has filled in a massive information vacuum. But the danger of this is that municipalities end up with a lot of information, but continue to fail to carry out their planning.

Cities have trouble realising even the most basic bylaws, such as illegal building, which leads to overcrowding and less space for trees to create oxygen. This lack of action is further exacerbated by corruption and mismanagement. Fortunately, the agility and size of cities means that individual action is important. Government ministers can be hard to get hold of but at a local level we all have a councillor who has been elected to work with their ward. This means there is an actual human you can go to and petition, a person who can be asked what the neighbourhood and city are doing to act on climate change. And a person who needs to win re-election, so they will work to earn votes. The future will be made in cities. If you live in a city, you can be a part of shaping that future.

Dozens Killed As Floods Leave Trail of Destruction in Angola
Tagged:
Copyright © 2019 New Frame. All rights reserved. Distributed by AllAfrica Global Media (allAfrica.com). To contact the copyright holder directly for corrections — or for permission to republish or make other authorized use of this material, click here.