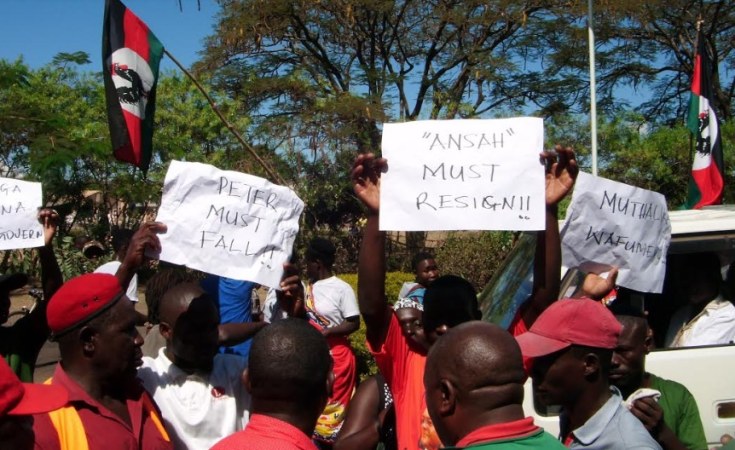 Minister of Information Mark Botomani: Government will not grant permission to HRDC to hold demos .-Pic by Daniel Namwini-Mana

Botomani, who is official Malawi government spokesperson, said in a statement issued on Tuesday, that authorities will not grant permission to the HRDC to hold a three-day demonstration in all 28 districts of the country to allow people exercise their constitutional right to demand Malawi Electoral Commission (MEC) chairperson Jane Ansah's resignation.

He said citizens should ignore any notice of demonstrations and not take part in the protests, saying the security forces will use "necessary force" to stop the demonstrations.

"Any person who defies the warning not to proceed with the planned demonstrations and/or not to participate in them will be stopped with necessary force by law enforcers," Botomani said in the statement.

He said government is convinced that conveners of the demonstrations deliberately abuse the right to demonstrate to achieve other ulterior agendas.

President Peter Mutharika has also said the protests are not about elections but to usurp power from him.

Opposition political parties in the country and HRDC have been holding demonstrations in major cities for the past three months to dispute the re-election of Mutharika this May.

The demonstrations have in some cases been marred by looting and violence.

HRDC chairman, Timothy Mtambo, on Tuesday they have organised fresh rounds of protests in a bid to force Mutharika to remove Ansah as MEC chairperson, accusing her of presiding over alleged "fraudulent elections" which was marred by use of correction fluid Tippex to alter figures on result sheets.

Ansah, a judge of the Malawi Supreme Court of Appeal, has dismissed the calls, saying she would only resign if the ongoing court case on the elections found her to have failed to discharge her duties.

MEC declared President Mutharika of Democratic Progressive Party (DPP) winner of the presidential race in the May 21 Tripartite Elections with 1 940 709 votes, representing 38.57 percent.

He was trailed by MCP presidential candidate Lazarus Chakwera who came second with 1 781 740 votes, representing 35.41 percent while his UTM Party counterpart Saulos Chilima came a distant third with 1 018 369 votes ,representing 20.24 percent, ahead of four other aspirants.

Chilima and Chakwera filed a petition in the Constitutional Court seeking nullification of the presidential election results. They cite alleged flaws in the results management process as a key factor for their case.

The hearing is set to continue on September 3 after a week-long break following an 11-day initial process in which Chilima and one witness Mirriam Gwalidi took to the witness stand. 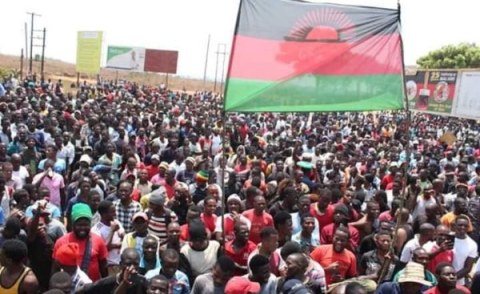