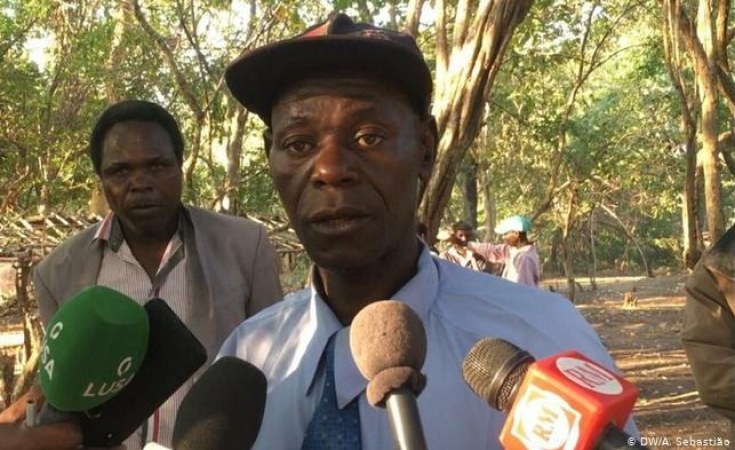 Maputo — The self-styled "Renamo Military Junta" has threatened to disrupt the forthcoming general elections and drag Mozambique back to war.

In an exclusive interview with the German agency DW Africa, held on Monday, the leader of the Junta, Mariano Nhongo, said he wanted to negotiate the demobilisation and disarmament of the Renamo militia with the government, but rejected the peace agreement signed by President Filipe Nyusi and Renamo leader Ossufo Momade on 6 August.

"We have nothing to say to Ossufo Momade", declared Nhongo."We want to talk with the government. The soldiers elected me as President. Ossufo was rejected by the soldiers. We don't have any programme with him. Don't force us to accept him. Otherwise you will be arranging a war with us".

"Renamo is the soldiers", he claimed. "We shall never accept Ossufo as the Renamo candidate in the elections".

Unless the government agreed to talk to the Junta, "there will be no campaign and no elections". If anyone campaigns, urging people to vote, "we shall kill him", Nhongo menaced. "We shall put guns in all the districts and we shall ambush those who campaign, because they have left Renamo out".

Nhongo claimed that Momade "was elected by his friends from Maputo. No soldier elected him president of the party. We saw that he is somebody who has been bought and who wants to ruin our party".

"There's no campaign, and there's no voting", he repeated. "I, Mariano Nhongo, President of the Military Junta say so, and I am prepared to fight against the government. If it's armed struggle they're looking for, we'll give it to them until they want to talk with us".

Asked if he was speaking for the military or the civilian wing of Renamo, Nhongo denied there was any such thing as a "civilian Renamo".

"The military forces are the party", he claimed. "If the government wants to work with the civilian Renamo, it can do so, but one day it will come looking for us. Renamo is us, the soldiers. We took in civilians as members, but the party is us".

He said he would meet with Renamo parliamentary deputies, "to set up a commission that will begin contacts with the government".

He refused to say which deputies would be willing to meet with him. Last week the Renamo parliamentary group voted in favour of ratifying the peace agreement signed by Nyusi and Momade, and the head of the parliamentary group, Ivone Soares, repeatedly stressed that Momade is the legitimate leader of Renamo.

"We shall show the country who we are", threatened Nhongo. Asked "How?", he replied "How did you first hear about Renamo? In the way that Renamo started, we shall do the same".

When would these threatened military attacks begin, the reporter asked. "I shall tell you the day I will begin the war", he replied. "Right now, I don't prefer war. If the government thinks it will dominate us, it is deceived. We shall oblige the government to negotiate with us".

As for reports of attacks on vehicles in the Gorongosa region, Nhongo admitted that he is not in control of all Renamo forces. "These guerrillas who are attacking, I've lost control of them", he said. "They're scattered. Each of them does what they like".

Since it is not known how many men Nhongo commands, it is hard to know whether his threats should be taken seriously. Nhongo claims that he is a Lieutenant-General - but this is a rank he awarded himself.

Nhongo says he joined Renamo in 1981. Since he is now 49 years old, this means he joined at the age of 11. Either he was one of Renamo's child soldiers, or he is lying.

Cracks Form in Mozambique's Latest Push for Peace
Tagged:
Copyright © 2019 Agencia de Informacao de Mocambique. All rights reserved. Distributed by AllAfrica Global Media (allAfrica.com). To contact the copyright holder directly for corrections — or for permission to republish or make other authorized use of this material, click here.