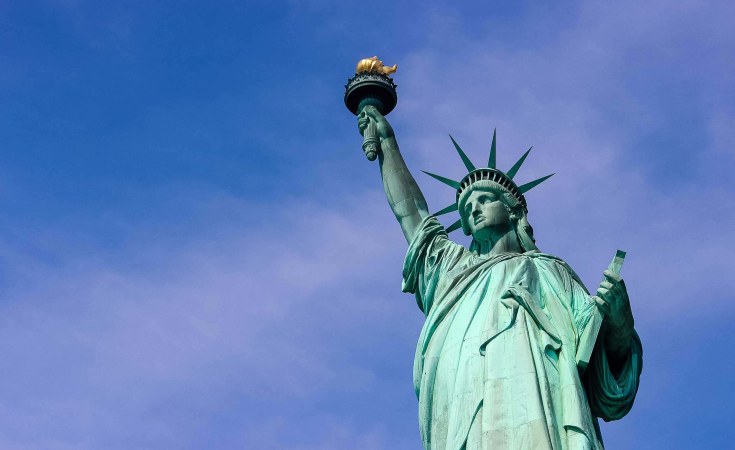 Birthright citizenship in the U.S. is acquired by virtue of the circumstances of birth and this contrasts with citizenship acquired in other ways, for example by naturalisation.

Mrs Oyin John, a Fashion Designer, who spoke with the News Agency of Nigeria (NAN) on Tuesday in Abuja, said that in as much as she did not like the announcement by Trump, the U.S. president had the right to take whatever decision he "feels is best for his country".

John, who had her first baby in the U.S said that the "Top notch" health services of hospitals in the U.S was a major reason she preferred to be delivered of her children in the U.S.

"I had a lot of reasons ranging from quality health services which includes great customer care from hospitals, best medical equipment in cases of unexpected complications and dual citizenship for my children.

"The acquisition of U.S. passport allows you to travel to certain countries without a visa, and with dual citizenship, my child could have the opportunity to study, work and live in the U.S." John said.

John said that if Trump eventually succeeded in ending birthright citizenship, it could be a good omen for the Nigerian government as everyone would now have to sit up and improve the healthcare system in the country.

Mrs Biola Odebode, an Abuja-based businesswoman told NAN that it might not be easy for Trump to end birthright citizenship because the U,S. has been able to take advantage of birth tourism to generate huge revenue for his country.

Birth tourism is the practice of traveling to another country for the purpose of giving birth in that country.

The main reason for birth tourism is to obtain citizenship for the child in a country with birthright citizenship.

Odebobe, who said that had her children in the U.S., described Trump's announcement as unfortunate.

She blamed Nigerians, who she said had misused the opportunities offered by medical tourism.

Dr Susan Scarvo, an American National living in Nigeria said that Trump's announcement was not racist as many Nigerians would like to sview it.

Scarvo said that the U.S. President made the announcement because he needed to protect the interest of Americans.

She said that although she was not a supporter of many of Trump's policies, she welcomed the idea of ending birthright citizenship in the U.S.

According to her, the policy has been seriously abused.

"There is right to live and work anywhere under the UN protocol, but becoming a citizen of a country, you should work hard to earn it so that you do not abuse such rights.

"Just like Britain, Germany, and other developed countries, if President Trump and the Congress are able to achieve this, it would be good for the U.S.," she stated.

Mr Chimeruo Obioha, a Mariner said that Trump's announcement did not come as a surprise to him because "to me it is a welcome development".

He said that Trump made the announcement because he needed to protect his country.

"Regardless of the general poor health services across the country, I still believe that there are top notch hospitals within Nigeria that can provide services rendered in hospitals abroad.

"When this is implemented, the unnecessary peer pressure will drop drastically because a lot of people embark on birth tourism to the U.S. just to show that they 'belong' in a particular social class.

"Trust me, the average American is worried about this birthright citizenship policy," Obioha said.

NAN reports that birthright citizenship as a policy stems from the Citizenship Clause of the Fourteenth Amendment to the U.S. Constitution, stating "(a)ll persons born or naturalised in the U.S., and subject to the jurisdiction thereof, are citizens of the U.S and of the state wherein they reside".

It was meant to override the 1857 Dred Scott vs. Sandford decision that denied African Americans citizenship.

The application of birthright citizenship to children of illegal immigrants remains controversial though. (NAN)

U.S. Want to Meet Each Nigerian Who Wants a Visa

Nigeria Backs Down, Slashes Visa Fees for U.S. Citizens
Tagged:
Copyright © 2019 Vanguard. All rights reserved. Distributed by AllAfrica Global Media (allAfrica.com). To contact the copyright holder directly for corrections — or for permission to republish or make other authorized use of this material, click here.