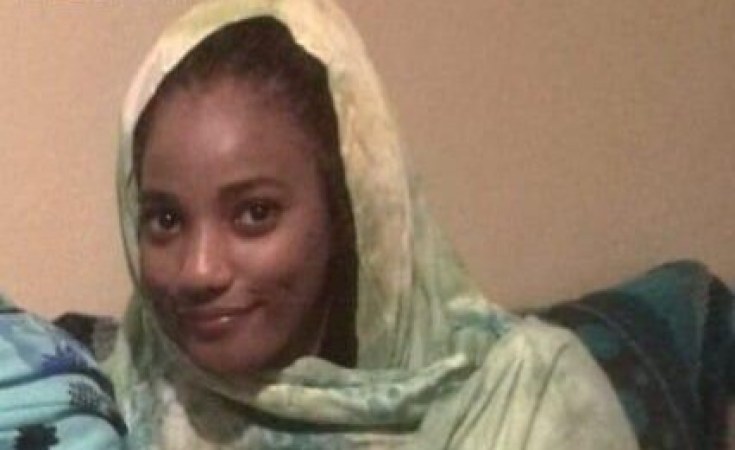 The Saharan Arab Democratic Republic (SADR) was declared by independence forces in 1976, after colonial power Spain withdrew from the territory known as Western Sahara. The SADR controls the eastern part of the territory, while Morocco rules the western section, including the capital, Aaiun. The SADR was accepted as a member nation of the African Union in 1982, and the United Nations has been trying to broker a peaceful settlement for decades. Human rights organizations cite frequent suppression of dissent by Moroccan forces, including on 19 July when crowds in the street celebrated a football (soccer) victory by Algeria, which supports the independence movement.

The latest tragic events in the Western Sahara that led to the brutal killing of a young English teacher are a wake-up alarm for the international community to call for Morocco to end its illegal occupation of Africa's last colony.

Hundreds of Saharans have been beaten, teargassed and tortured for peacefully assembling in their homeland since Morocco's 1975 invasion.

What prompted the brutality this time? A soccer game!

But then another flag appeared: the Saharan Republic's flag – and security forces launched a brutal assault on the fans using teargas, water hoses, rubber bullets and vehicles. Ms Sabah Othman Ahmida, a 24-year- old Sahrawi who taught English, was intentionally run over and killed by two police vehicles, according to numerous observers. The assault and the abuse against the Sahrawi continued for days.

I have personally witnessed representatives of Morocco become incensed when they see that Sahrawi flag. Fortunately for me, this happened in the safety of the United Nations building. I was only detained and questioned by four UN security guards when the Moroccan delegation attempted to get me thrown out of UN headquarters. My crime: I had just testified before the Fourth Committee calling for the United Nations to either follow through on its long-promised referendum or call for Morocco to withdraw from Western Sahara.

After testifying, I went to the back of the room to take a picture with some Sahrawi college students. While taking the photo I pulled out a Free Western Sahara bumper sticker that had a small Sahrawi flag printed on it. This so offended the Moroccan delegation that they falsely accused me of waving a Sahrawi flag and called for guards to eject me. I was only detained briefly, although the security guards confiscated my bumper sticker.

Why do Moroccan officials become so furious when they see the flag of a country they deny even exists? It is because it represents the democratically elected Sahrawi Republic, a nation that respects the rule of law, justice, freedom of speech and peaceful assembly, and whose constitution affirms equal rights for women, religious freedom and a free-market economy.  Perhaps, most offensive is that the Sahrawi flag represents the legitimate government of Western Sahara, recognized by the African Union and over 70 nations.

Morocco has obstructed every UN attempt to administer a free, fair and transparent referendum on Western Sahara. Instead, Morocco tries to sell its own ‘autonomy' plan. The Kingdom has attempted to influence the United States – including millions of dollars for lobbying and support for the Clinton Foundation.

The Kingdom of Morocco cannot be trusted to provide autonomy to the people of Western Sahara when it cannot even show restraint during the celebration of a soccer game. It is time to honor Sabah Othman Ahmida and so many other Sahrawi killed and 'disappeared’ and to end Moroccan rule.

Unless we act, the Sahrawi people will continue to be brutalized in their own homeland, and we will have prevented a pro-Western, Muslim democracy to flourish in the Mahgreb.

To the spirited Sahrawi soccer fan chants of  "Un, deux, trios, viva Algeria!", I add another one:  "One, Two, Three, Let Western Sahara be Free."

Suzanne Scholte chairs the U.S. Western Sahara Foundation. She was the 2008 Seoul Peace Prize Laureate for her work for human rights in North Korea and in Western Sahara. The $200,000 award and recognition is given biennially to commemorate the 1990 Seoul Olympic Games and its message of world peace. Other recipients have included former Czech Republic President Václav Havel, Médecins Sans Frontières (Doctors Without Borders), former UN Secretary General Ban Ki-moon and Dr. Denis Mukwege, director of Panzi Hospital in conflict-wracked eastern DRC (Congo).

South Africa Takes Offence at Morocco's Western Sahara Claims
Tagged:
Copyright © 2019 allAfrica.com. All rights reserved. Distributed by AllAfrica Global Media (allAfrica.com). To contact the copyright holder directly for corrections — or for permission to republish or make other authorized use of this material, click here.