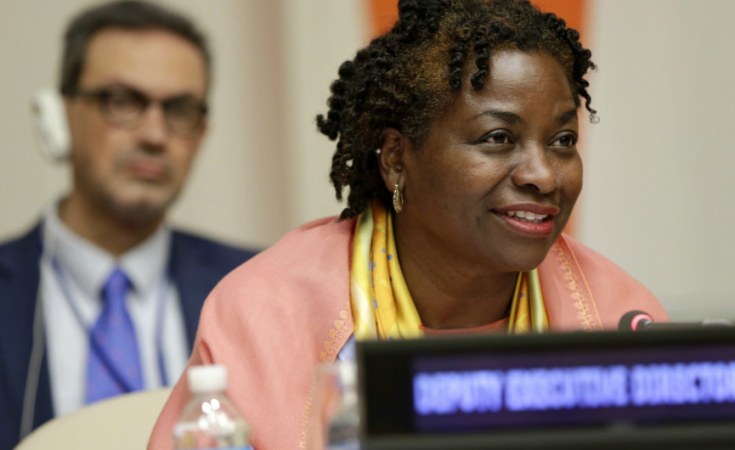 Kuala Lumpur — The United Nations' family planning agency has urged the United States to reinstate its funding, which has been cut for the third year over abortion rules, to help protect the lives of millions of women and girls.

The U.N. Population Fund (UNFPA) said the United States has withheld funding for the third year over its work in China despite denying accusations that it was involved in "coercive abortion" as part of China's population control programme.

The cuts came after Donald Trump's administration in 2017 reinstated a policy known as the "global gag rule" that requires NGOs receiving U.S. family planning funds to certify they do not provide abortions or abortion advice.

"It was a big blow for us to lose this funding," said UNFPA Executive Director Natalia Kanem, a paediatrician and epidemiologist from Panama before she took the post in 2017.

"The United States funding is very precious to UNFPA and we continue a dialogue in the hope they would return to the funding picture," she told the Thomson Reuters Foundation in an interview over Skype.

The agency, which works in more than 150 countries on family planning as well as maternal and child health, has foreshadowed that it faces a shortfall of $350 million over the next three years due in part to the U.S. fund cut.

UNFPA - which also works to end child marriage and female genital mutilation - said the cut impedes its work but Kanem pledged not to fail the 200 million plus women and girls globally that have no access to contraception.

"Even now we have been defunded ... we have persevered," she said, adding the group was hoping to get countries to support its efforts at a global summit on sexual and reproductive rights in Kenya in November.

The Nairobi meeting is aimed at renewing political and financial support from countries 25 years after they adopted a set of actions to ensure universal access to sexual and reproductive health care and end gender-based violence.

"Any time you talk about sexual and reproductive health, there are controversies from the standpoint of, for instance, religion," said Kanem. "Sex everywhere is kind of a taboo, but it can kill you if you don't talk about it."

Reproductive health rights groups have raised concerns that the reinstatement of the "global gag rule" has forced the closure of health clinics, outreach programmes and refugee services by charities, risking the health of millions of women.

The budget cut comes at a time when the world looks set to miss a target to boost the number of women using modern contraception by another 120 million by 2020, according to a study by the global advocacy group FP2020 last year.

U.N. agencies such as the UNFPA are funded by governments voluntarily. The United States was the fourth largest voluntary donor to UNFPA in 2015, giving $75 million.