Africa: Japan's Africa Charm Offensive Leaves No Doubt China Is in Its Crosshairs 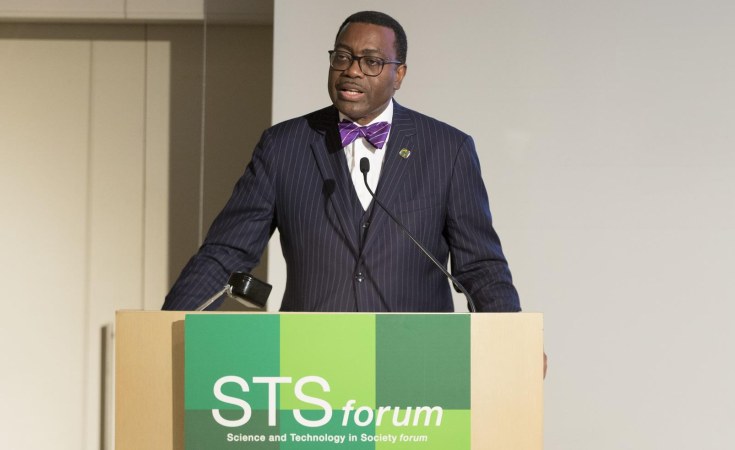 Photo: AfDB
"Let’s be visionary. Let's be bold. Let’s support concrete initiatives to boost science, technology, and innovation in Africa."- Akinwumi Adesina at the Science and Technology in Society (STS) forum held in Yokohama, as part of TICAD 7.
The East African (Nairobi)
By Aggrey Mutambo

The Japanese government is pledging to support Africa's integration programmes, targeting to help strengthen regulatory institutions in what Tokyo says could "level the field" of trade.

At the end of the Tokyo International Conference on African Development (Ticad) in Yokohama, Japan offered to support a series of programmes that could elevate African countries' governance and connectivity.

"We commit to supporting the full implementation of the AfCFTA through measures that concretely link the African private sector with its counterparts in Japan, in order to achieve this objective."

The AfCFTA is the continental treaty of 2018 meant to improve intra-Africa trade from the current 14 per cent to at least 50 per cent by 2022.

But the treaty will require African countries to diversify their produces, improve road networks and silence violence at least in five years.

Japan said it recognised the need for that diversification and industrialisation "as well as macro-economic stability, in achieving inclusive and sustainable growth."

The conference, the 7th since 1993, is Japan's formal platform to engage Africa. And though Japan became the first developed country to introduce summit meetings with Africa, it currently faces tough competition from the Chinese.

In Yokohama, 42 African heads of state and representatives from 11 other African countries attended, according to the Japanese Prime Minister's office. They adopted a theme to focus on "People, Technology and Innovation."

Mr Abe fronted the idea of the rule of law, and quality infrastructure, a phrase he had used before during the sixth Ticad summit in Nairobi three years ago.

Japan and Africa, the dispatch said, recognise the importance of co-operating on issues such as quality infrastructure, private sector impact investment and macroeconomic stability.

Technological innovation industrialisation, training for skills, as well as climate change adaptation were cited as key for human development in Africa.

"We acknowledge the importance of effective institutions in upholding universal values such as fundamental freedoms, the rule of law and good governance, broadening democratic participation, bridging the urban-rural divide, closing the digital-gender gap, improving market access and giving voice to hitherto disadvantaged communities," the dispatch formally known as the Yokohama Declaration stated.

But while it offered to invest through private firms, Japan was essentially fronting an alternative to China's engagement in Africa.

At the Summit in Beijing last December, China offered $60 billion worth of investments into Africa, and they included grants and loans through financial institutions.

China also bought goods worth $70 billion from Africa in 2017, according to Chinese Ministry of Commerce.

Yet, unlike Japan, China indicated none of the monies will come attached with political strings. Known as the 'Five-Nos', Beijing said each African country will develop at own pace, Beijing will not interfere in internal affairs, and that China will not seek "selfish" political gains in Africa.

In Yokohama, Japanese officials did not directly point at China, indicating Ticad will be guided by Africa's development dynamics and priorities but seemed to counter Beijing's programmes.

Japan, Mr Abe said, will be active in ensuring peace and security in Africa, will work for equitable access to information through ICT and work to support open borders.

But, in the long-term, Japan admitted to seeking Africa's hand to reform the UN Security Council, seen as targeting China which is a permanent member of the Council.

As in 2016 in Nairobi, Mr Abe said he is seeking Africa's hand in addressing all the five key issues including the question of the veto.

However, many of the efforts to reform the Council will need support from the current permanent members: the UK, the US, Russia, France and China. 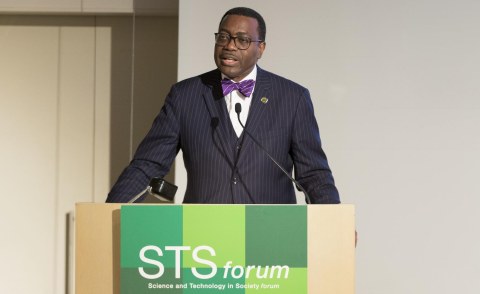 All The Priorities Identified by Africa and Japan at TICAD7
Tagged:
Copyright © 2019 The East African. All rights reserved. Distributed by AllAfrica Global Media (allAfrica.com). To contact the copyright holder directly for corrections — or for permission to republish or make other authorized use of this material, click here.