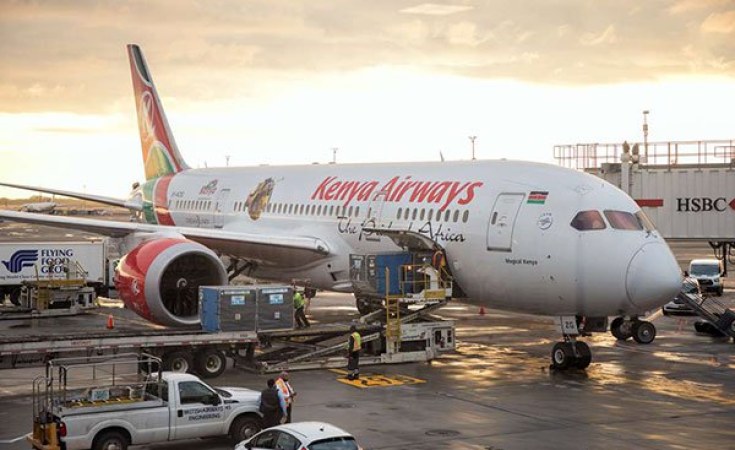 Loss-making Kenya Airways has been seeking to recruit direct entry captains since November 2018 without success because of a restrictive Collective Bargaining Agreement that only allows it to employ Embraer-rated pilots.

In an internal communication to staff, outgoing chief executive Sebastian Mikosz said that the airline is in discussion with the pilots' union to relax this requirement to allow the airline to go to the market and recruit pilots.

"We hope to soon reach an agreement in order to give confidence to our board and investors that we can source adequate pilots to complement the fleet and network expansion," said Mr Mikosz.

KQ started the year with 417 pilots, having recruited 24 last year. In its internal newsletter released to staff on August 22, Mr Mikosz says that the airline requires 497 pilots.

"As of August, we only have 434 pilots, having recruited 27 this year alone. Our intention is to hire an additional 21 second officers with a target of 48 at the end of the year," he notes.

In the past two months, the airline has faced a barrage of complaints from its customers over regular flight cancellations and delays, which have seen the government demand an explanation from the management.

KQ has footed a bill of over $1.18 million to accommodate stranded passengers over the past seven months. The airline blames pilots for the flight disruptions.

"Since last year, we have been seeking to recruit contract pilots across the fleet like all other airlines do. However, due to the very restrictions by pilots, we are only allowed to recruit those on the Embraer fleet.

"You will appreciate that in this part of the world, Embraer is a relatively new aircraft so there are very few trained pilots who can fly this type of aircraft," KQ head of corporate affairs Dennis Kashero said.

However, Captain Muriithi Nyaga, chief executive and general secretary, Kenya Airline Pilots Association told The EastAfrican that it was wrong to blame pilots for the rising cases of flight cancellations without a full appreciation of the factors at play.

"As an association we have always extended goodwill and this has gone a long way in minimising flight disruptions. We have also been at the forefront in calling for the recruitment of pilots to match Kenya Airways' needs. It is our position that boosting pilot numbers remains the only viable and sustainable direction to overcome the shortfall and enable smooth operation of the airline," said Captain Nyaga.

Plan to Buy 'Broke' Kenya Airways From Investors Gathers Pace
Tagged:
Copyright © 2019 The East African. All rights reserved. Distributed by AllAfrica Global Media (allAfrica.com). To contact the copyright holder directly for corrections — or for permission to republish or make other authorized use of this material, click here.