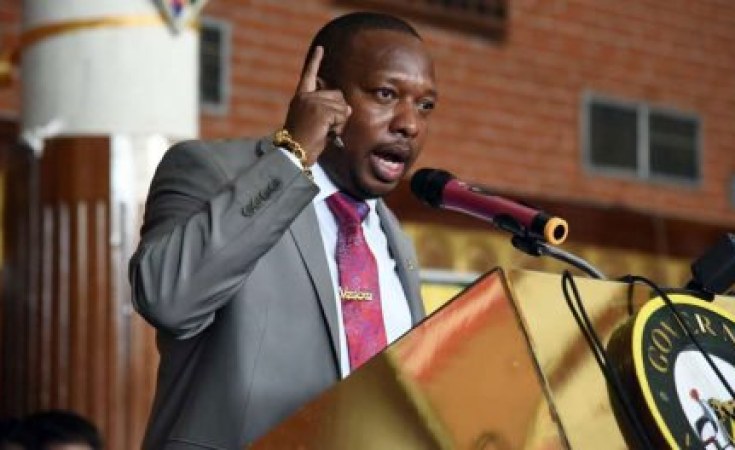 Nairobi Governor Mike Sonko is expected to appear before anti-graft agency detectives on Tuesday to record statements on the award of tenders for garbage collection and disposal in the county.

The Ethics and Anti-Corruption Commission (EACC) is investigating claims of corruption in the award of tenders for the 2017/18 and 2018/19 financial years.

The EACC director in charge of investigations, Mr Abdi Mohamud, had written to the governor requiring him to appear before investigators on Friday last week, but Mr Sonko said he was unavailable and offered to appear on Tuesday.

"I would like to give Tuesday, September 3, as the day I will be available for the same due to unavoidable circumstances," Mr Sonko said in his reply dated August 29.

This was after it emerged that the county government irregularly paid Sh162 million to 11 firms contracted to collect refuse, but could not submit payment vouchers made to the companies, the list of the 11 firms and their contract papers to support the payments.

The watchdog committee was investigating the payment of Sh202,996,053 to the firms, with queries emerging from a report by the Auditor-General into the expenditure for garbage collection in the financial year of 2017/2018.

The report revealed that Sh162,092,407 was paid to some two firms for collecting garbage in areas they were not pre-qualified and contracted to collect from, with only Sh40 million regularly spent in payment.

"Although it has been explained that the firms opted to collect garbage from some zones due to high rates of payment, the option taken contravened their individual contracts resulting in denial of service to other zones. Consequently, the garbage collection contracts were irregular and the residents may not have received the services contracted," reads the report.

Five months earlier, in February, City Hall was on the spot for awarding a firm a Sh278 million two-year contract for garbage collection in the city centre although the company had no experience in the business.

During a County Assembly Environment committee sitting, it emerged that Aende Group, which beat three others to the contract, had only existed for 78 days as opposed to at least one year required to qualify for the tender.

Aende Group beat Creative Consolidated System, a firm that had been collecting garbage in city centre since 2013, with a bid of Sh316.9 million; Kemnest Investment and Janel Agencies with the lowest bid at Sh190.7 million.

Aende Group Director Derrick Aende, appearing before the committee, admitted that at the time his firm was bidding for the solid waste collection tender it had no prior experience in the industry, "but the personnel had".

He added that the company had only 15 secretariat members and 52 stewards against a required 200 stewards to clean the 2km-square Nairobi central business district.

The committee pronounced that the tendering process flouted all public procurement laws and was marred by illegalities, key among them missing documents.

The revelations came after Minority Chief Whip Peter Imwatok asked why the company had presented a financial statement for the year ending December 31, 2017, yet the company would be registered more than five months later.

It was also revealed that the company had used another firm's, Galore Trading Company, Nema certificate to bid for the tender.

Mr Aende admitted that his firm had no garbage collection vehicles, but hired some while getting others from companies associated with his.

In the same month, an audit report revealed that a backhoe belonging to Creative Consolidated Systems on April 16, 2017 operated for 29 hours in a day collecting garbage in the CBD!

The same equipment was also found to have operated for 23 hours per day nonstop for a whole month as per an odometer reading analysis, and for this the company was paid Sh10.3 million.

Kenya's Embattled Sonko Wants Probe But on His Terms?
Tagged:
Copyright © 2019 The Nation. All rights reserved. Distributed by AllAfrica Global Media (allAfrica.com). To contact the copyright holder directly for corrections — or for permission to republish or make other authorized use of this material, click here.