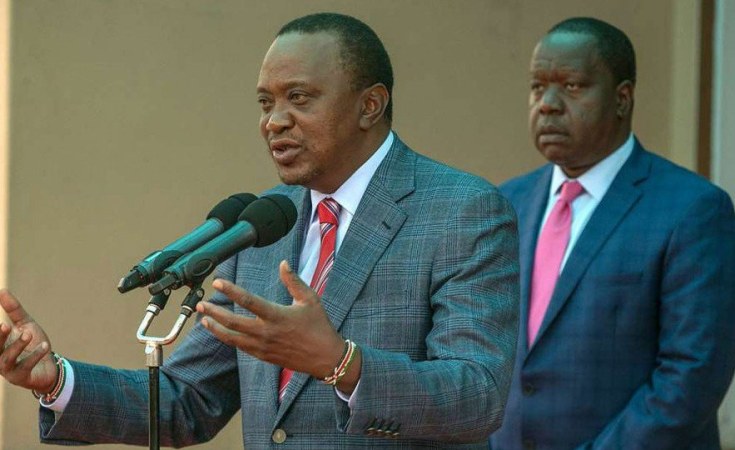 Varying interests and pressure from outsiders are continually pushing Kenya and Somalia apart, with the two neighbours increasingly taking divergent positions on crucial issues such as regional security and diplomacy.

Experts warn that this trend risks the resurgence of terrorism as the divisions could embolden the Somalia-based militants, Al Shabaab.

The differences have lately manifested in the discussions around UN sanctions against Al Shabaab, Kenya's candidacy for a seat at the UN Security Council and the conduct of Kenya's military inside Somalia.

Last week, it became clear that President Mohamed Farmaajo's government may no longer be keen on working with Kenya, after Mogadishu fronted a spirited fight to block Kenya's bid to tighten sanctions on Al Shabaab.

Somalia, supported by Kuwait, Poland and Belgium (the trio who are members of a UN committee on sanctions on Somalia) blocked the proposal that would have blocked humanitarian aid to areas controlled by the Shabaab in Somalia.

It seems ideal that Al Shabaab, who have in the past launched deadly attacks in Uganda, Kenya and Somalia, be placed on the same list as other terror groups Al Qaeda, ISIS and their affiliates.

Kenya argued that placing Al Shabaab under a UN Resolution 1267 could influence a coalition of countries similar to the one against ISIS, limiting the group's expansion. It could also cut off its sources of revenue by denying them a chance to tax or divert humanitarian aid such as food and medicine.

In the wake of the defeat at the UN, Nairobi said it won't relent in its fight against the group.

"That we have failed to get one additional sanction regime will not deter us from remaining focused on our goal which is to eliminate terror in our country and in the world at large. God willing," Macharia Kamau, the Kenyan Foreign Affairs Principal Secretary told The EastAfrican. "Kenya will of course continue to fight the terrorist organisation and any other international terrorist entity using all means necessary and available to it, including the currently existing sanction regimes that we have fought for previously and that are in force within the UNSC counter terrorism regime."

Yet Somalia, which has lately been the recipient of intensifies Al Shabaab attacks rushed to block sanctions against the group.

In 2014, when Kenya first fronted the proposal to the UNSC, Somalia and Djibouti were among the countries that supported the idea. But the UK blocked it, citing Kenya's covert bid to disentangle from the then Somalia/Eritrea sanctions regime.

When the vote came up this week, Germany and the US opposed it as well, in the wake of lobbying by humanitarian agencies.

So why would Somalia oppose sanctions against a group that targets and kills its civilians every day?

"[We] urge [the] Kenyan government to implement existing Security Council Resolution 751 targeting Al Shabaab, including the ban on illegal charcoal trade in Somalia, which is the lifeline of the group to finance its operations in the region," he twitted Wednesday night.

Resolution 751 was passed in the wake of the Shabaab's alleged thriving charcoal export trade using the port of Kismayu in Jubbaland. In September 2012, Kenyan forces with the local moderate Ras Kamboni Brigade led by Sheikh Ahmed Islam Madobe defeated Al Shabaab and drove them out of Kismayu.

But a UN Monitoring Group on Somalia/Eritrea sanctions claimed four times that Kenyan forces were involved in the illegal charcoal export trade as well, allowing Al Shabaab to profit from the illegal business. In all occasions, Kenya denied the accusations.

On Thursday night, President Farmaajo went a step further and banned direct flights to Kismayu in what could target Kenyan forces who man Jubbaland's main airport.

In a Notice to Airmen (Notam), the Somali Federal Civil Aviation Authority (SCAA) said all flights to and from Kismayu must stop-over in Mogadishu. Without a guarantee of permission to proceed, the move could essentially curtail business of KDF. It wasn't clear, initially, whether the notice only applied to civilian aircraft, but some of Somalia's air navigation services are still offered from Nairobi, after a relocation programme in 2016 failed due to a shortage of personnel.

"This targeted Kenya and it may well be intended to slow down Kenya's supplies and logistical support to its Amisom camps both in Dhobley and Kismayu," Idd Bedel Mohammed, a former Somali diplomat told The EastAfrican. "It is targeting Jubbaland, in the wake of defiance but it is discriminatory and may backfire if local clans feel they are being targeted."

Under Amisom Concept of Operations (Conops), troops are allowed free movement and deployment to areas they are charged with. Kenya is in Sector II and VI, manning Kismayu and Dhobley regions of Jubbaland.

But Mogadishu had another axe to grind against Kenya. Last week, the main telcom company Hormud claimed its infrastructure, and personnel had been harmed by the KDF. Later, Somali Posts, Telecommunications and Technology Minister Abdi Anshur Hassan said Kenyan forces had damaged the facilities at Hormud headquarters in Dawn. Kenya hadn't responded to the accusations by the time we went to press.

Experts think the charcoal export claims were, however, a scapegoat for Somalia to express its displeasure with Kenya. Abdirizak Mohamed, a current federal member of parliament and former Security Minister said the Shabaab have been collecting revenue even in areas not under the Kenyan forces.

We Agreed to Restore Good Relations with Kenya - Somali President
Tagged:
Copyright © 2019 The East African. All rights reserved. Distributed by AllAfrica Global Media (allAfrica.com). To contact the copyright holder directly for corrections — or for permission to republish or make other authorized use of this material, click here.